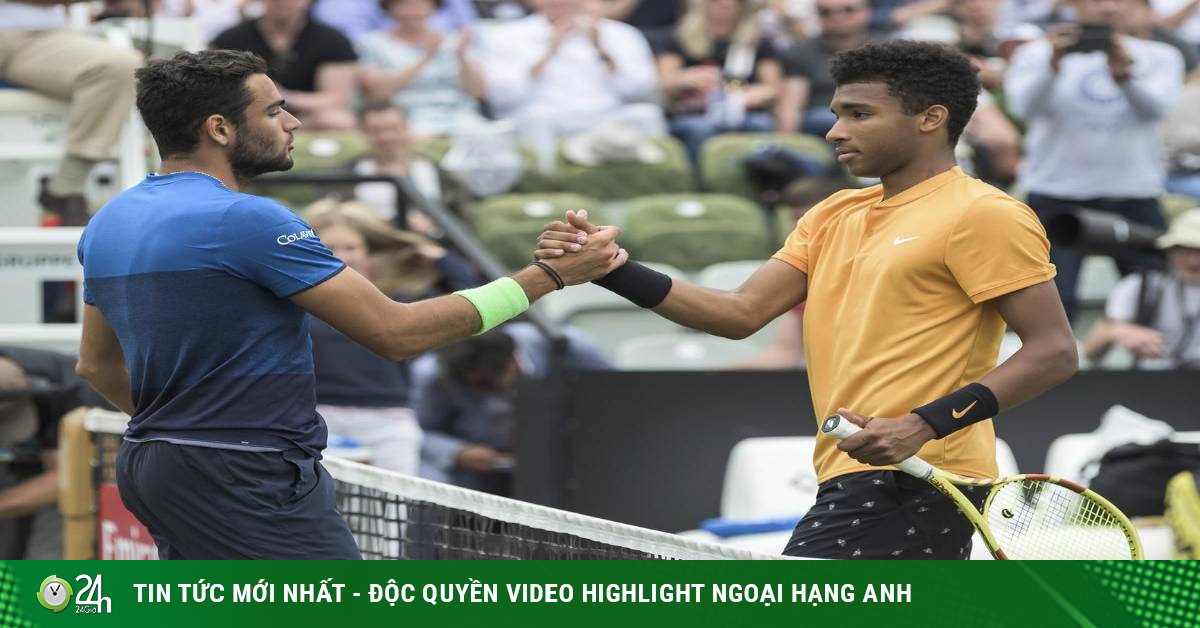 (Sports news – tennis news) Laver Cup is currently a tournament in the ATP system, but the players participating in the tournament will not be counted on the rankings. Basically, this is almost a friendly tournament. However, its attraction is always maintained…

Matteo Berrettini – Felix Auger-Aliassime: The Battle of the Top Seeds

Matteo Berrettini is ranked 7th in the world at the age of 25. Meanwhile, Felix Auger-Aliassime has matured beyond his 21 years and is now ranked 11th in the world. Those two details alone are proof of an exciting match between two members of the European team and the World team. The match between Berretini (left) and Auger-Aliassime was interesting

Of course Berretini is more appreciated. But Auger-Aliassime also showed her excellent tennis qualities against a superior in all aspects. The young player of the World team put the first set into a tie-break and won 7-3. However, Auger-Aliassime failed to keep the results in the following sets.

Set 2, Berretini struggled to win 7-5 to bring the match into the 3rd set in a tie-break format. There, Berretini’s bravery was promoted at the right time to win 10-8, thereby winning the final 2-1.

Having to face an opponent 9 places higher than her on the rankings, despite the cheers of the home audience, Opelka still could not create a surprise for Ruud. Set 1, the member of the European team won easily 6-3. In the second set, the situation was much more tense when the two players brought each other into the tie-break series. There, Ruud continued to win 7-4, thereby winning the second set with a score of 7-6. This is a favorable result for the European team. (Sports News – Tennis News) Novak Djokovic failed in the US Open final in a bitter way. Happier than anyone, that is…