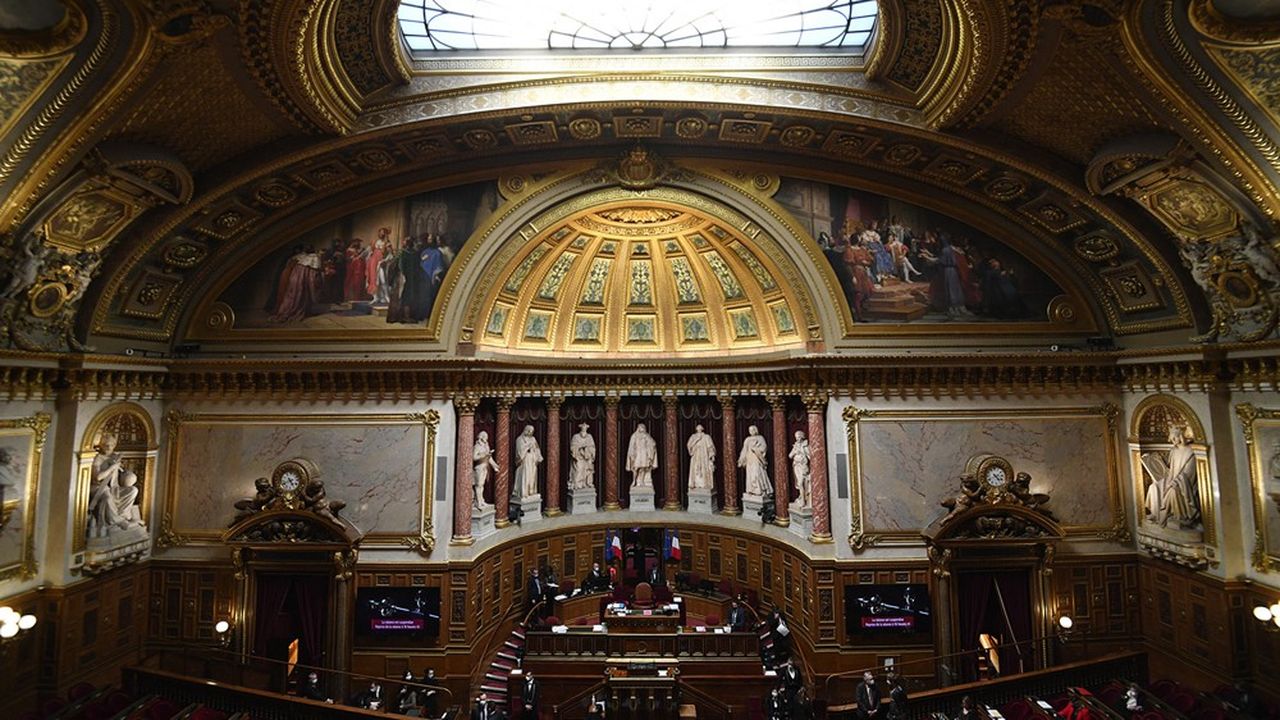 The government sees the end of the tunnel for its measures in favor of purchasing power. The bill on emergency measures to help households fight inflation and an amending finance bill should be voted on by Sunday at the latest, as planned.

The senators completed the examination of the first text on Friday and will look into the second from this Monday. The discussion will be there even less hectic than in the Assembly, the hallmark of the Senate as its elected officials have not failed to point out. But the subjects that electrified the Palais-Bourbon will return to the front of the stage at the Palais du Luxembourg.

While the profits of TotalEnergies soared in the first half of the year, driven by soaring gas and oil prices, the left and the centrists have every intention of putting the question of the taxation of what they describe oil and transport companies as “super profits”.

The taxation of return “super profits”

As for fuel aid, the compromise has already been found in the Assembly with LR, the Minister of the Economy having waived a targeted indemnity in favor of an increase in the State rebate from 18 to 30 cents in September. The government also intends to reopen the case of exceptional aid to individuals heating with fuel voted by the deputies, which it will ask senators to remove.

As for measures on working time, they could come out even stronger from the upper house. “We will try to erase the deleterious effects of the 35 hours in the PLFR thanks to the tax exemption of overtime”, announced the president of the LR group in the Senate, Bruno Retailleau. The committee voted to abolish the limit of December 31, 2022 to increase from 5,000 to 7,500 euros per year the exemption from income tax on their remuneration. An LR amendment which will be examined in session plans to remove the limit of December 31, 2023 for the possibility of buying back the days of RTT.

The abolition of the royalty will be much discussed

The abolition of the TV license fee will also be much discussed. In his report on behalf of the Finance Committee, the general rapporteur for the budget, Jean-François Husson, passes a severe judgment on the government initiative: an “indispensable” reform on which there has been “lack of strategic reflection” which remains to be carried out. The text voted in committee therefore specifies that “the financing by the allocation of a share of the proceeds of the VAT must end on December 31, 2024”.

Finally, a new increase in the envelope of aid to communities, already muscular in the Assembly, will also be on the agenda for discussions, in particular at the municipal level, to deal with the rise in the cost of energy.

In the Hemicycle, dominated by the right, the Minister of the Economy, Bruno Le Maire, announced Thursday the “red line” that the government has set itself for the discussion of the purchasing power package in the Senate: “We let’s leave the National Assembly with a text that specifically commits 350 million euros in additional expenditure. I hope, to set the course, that at the end of our debates in the Senate, we can have spending increases that are comparable,” he said.

Rents: extension of the ceiling to SMEs

In parallel with the start of the discussion of the amending finance bill, this Monday, the joint joint committee will take place concerning the bill on purchasing power which should prove conclusive, barring any surprises.

The text voted by the senators on Friday provides in particular for the extension of the temporary cap on the increase in rents to 3.5% to businesses and SMEs with less than 250 employees. They voted for the continuation until December 31, 2023 of the “Macron bonus” for all companies as well as its sustainability beyond 2023 for those with fewer than 50 employees or even the extension of the exemption from employer contributions on the 25% increase in overtime for companies with 50 or more employees.

The senators voted for an amendment by the socialist Franck Montaugé which limits to two years instead of five the possibility of taking exceptional measures to restrict or suspend the operation of gas power stations, against the advice of the government.