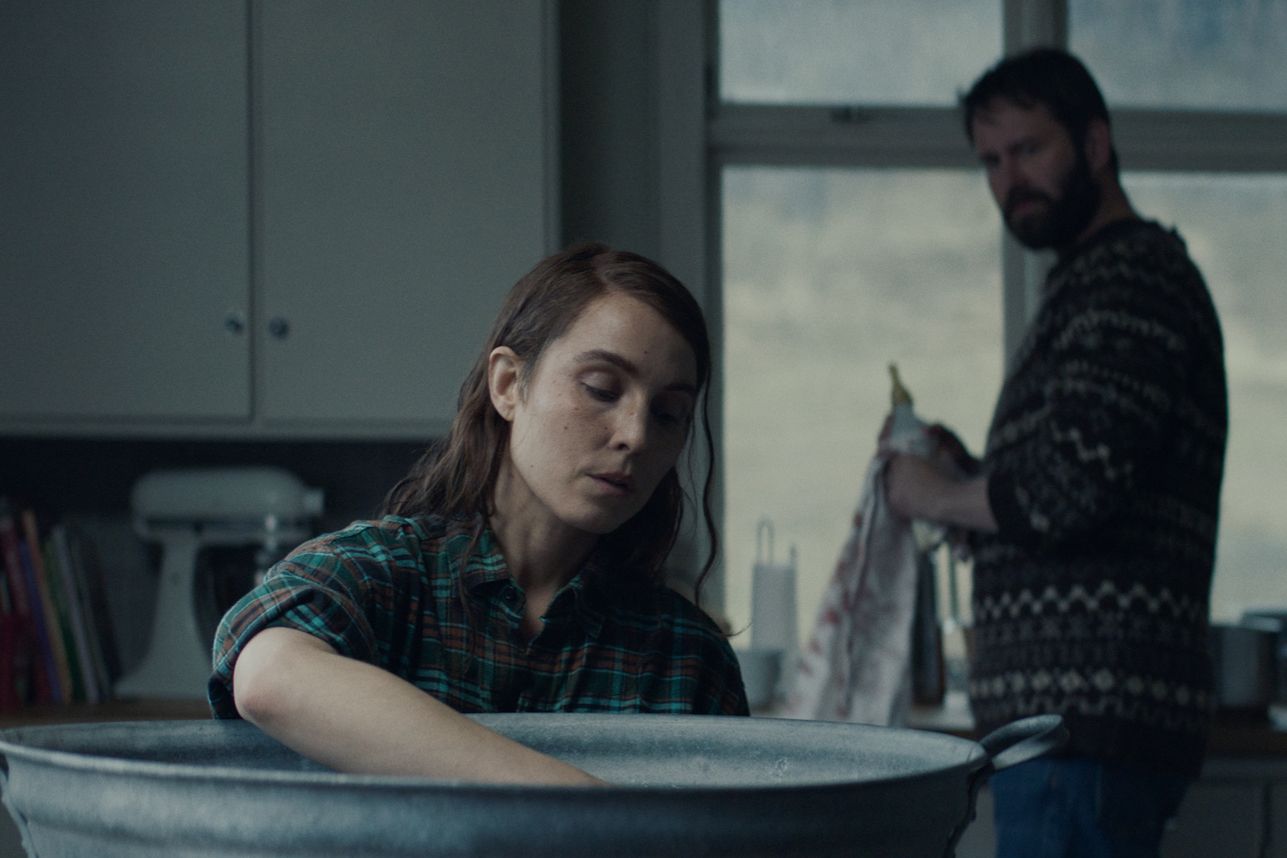 It’s a funny Christmas tale that arrives on screens with this nativity of a rather particular kind. On this evening of December 24, a threatening presence seems to be blowing over the Icelandic moor. In María and Ingvar’s sheepfold, sheep and sheep are agitated without explanation. An isolated sheep, escaping from its enclosure, advances in the central alley and falls lifeless on the concrete. Some time later, the animal gives birth to a strange newborn that this couple of farmers, visibly bereaved by the loss of a child, hasten to bring home and raise as if it was their own. .

Nothing apparently surprising in this remote corner of Iceland where you hardly meet other human beings, where men and animals live in perfect symbiosis. María (excellent Noomi Rapace) immediately rediscovers the gestures and protective instinct of the mother, the presence of Ada – since she is so baptized – bringing joy back to a home that had not known it for a long time. Until the unexpected arrival of Ingvar’s brother, Pétur upsets this fragile balance and nature ends up taking back its rights.

Treated in the style of one of those Icelandic folk tales, flirting with the supernatural, this first feature film by Valdimar Jóhannsson received the originality award at the last Cannes Film Festival in the “Un certain regard” section. A well-deserved reward, the film immediately plunges us into a strange and mysterious atmosphere which contrasts with the routine daily life of these breeders and creates an underlying tension throughout the film.

Trained in Sarajevo at the school of Hungarian filmmaker Béla Tarr, the director pays particular attention to the images and sounds that make the emptiness of the home palpable, opposed to the fullness of an external nature always in motion. The film’s stance, which unites farmers and animals in the same humanity or “naturalness”, and in fact its singularity, is unfortunately diluted as the story progresses towards its final resolution.