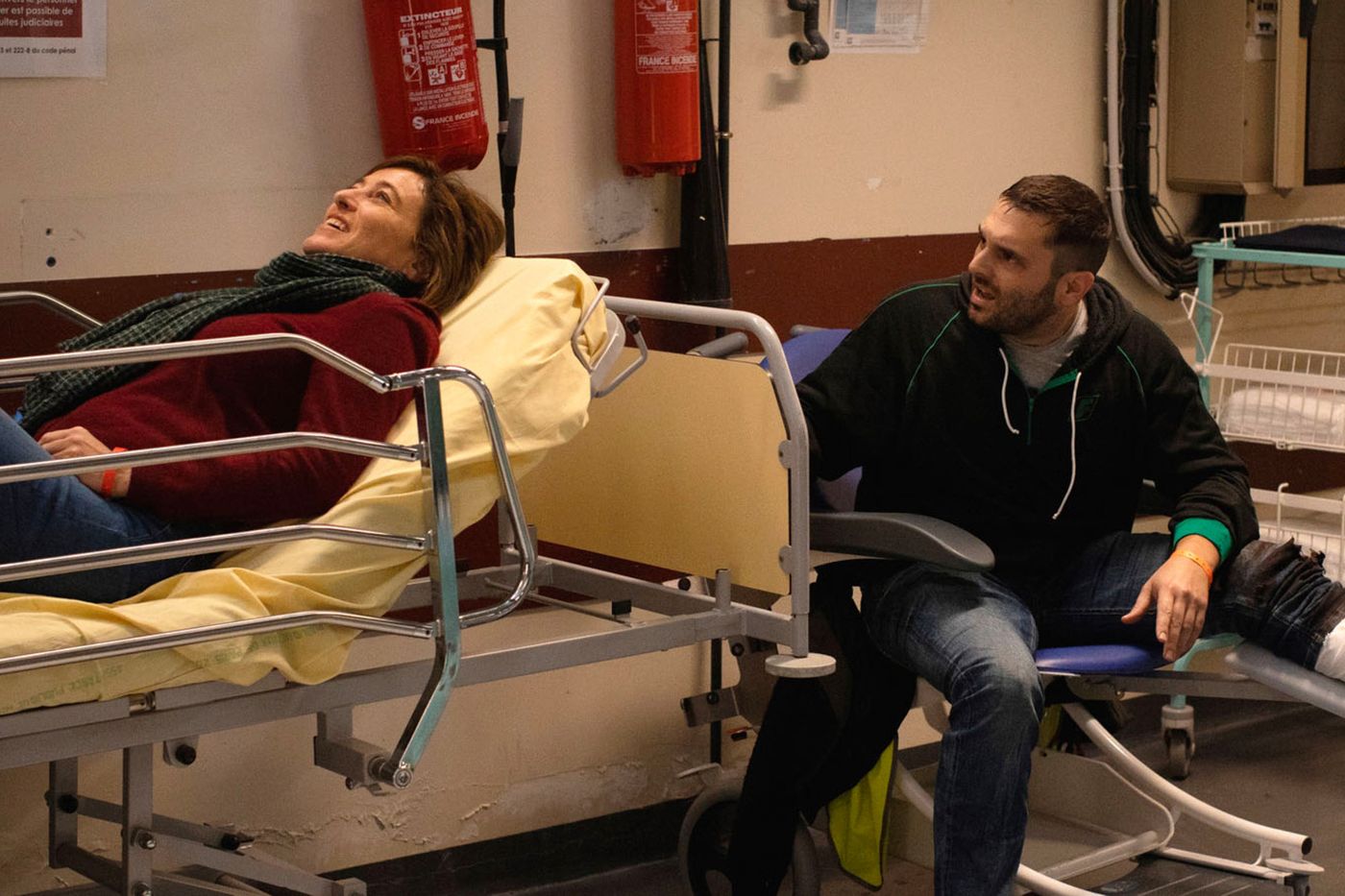 It’s a movie of anger. The one who seized the yellow vests during the winter of 2018-2019, exasperated at not being sufficiently considered; also that of the old couple formed by Raf (Valeria Bruni-Tedeschi) and Julie (Marina Foïs) who speak to each other but have not listened to each other for a long time; that of patients in emergency services suffering from the interminable wait for a degraded public service.

The three are going to telescope in a large Parisian hospital, a Saturday evening of demonstration violently repressed by the police, where the director Catherine Corsini takes us in immersion in this cleverly conducted social comedy which had the honors of the competition at the last Cannes Film Festival. .

Raphaëlle, a designer by trade, lands there after breaking her elbow while pursuing Julie in the street after a final argument. Yann (Pio Marmaï), a truck driver exasperated by a life of insecurity, is treated there after receiving a grenade in the leg on the Champs-Élysées. Between the “bobo” of the left and the working class, placed on nearby stretchers, the meeting will spark.

The class struggle revisited in the time of macronism. The rhetoric quickly gives way to insult, each trapped in their own obsessions. Raphaëlle, high on painkillers, hopes to recover Julie who has come to her bedside and thus save her couple, while Yann, despite the state of his leg, has no other choice but to bring his truck back so as not to lose his job. .

A perilous but successful crossing of genres

These two narrative lines give rise to pure moments of comedy, thanks in particular to the gentle madness of Valeria Bruni-Tedeschi and the supercharged energy of Pio Marmaï. They are superimposed on the daily reality of an emergency service filmed as close as possible to patients and caregivers.

The constantly moving camera takes us into the corridors, treatment boxes, caregivers’ rooms and offers us an overview of all the ailments that already affected these services before the Covid-19 epidemic: shortage of beds, staff, sometimes drugs, violent patients and general exasperation.

From this oppressive camera, in which the film keeps us for 1 hour 30 minutes, emerges the charismatic figure of Kim (Aïssatou Diallo Sagna in her own role), patient and devoted nurse who reasons, reassures, caresses and prevents the pot from exploding. while the service is surrounded by police.

This perilous crossing between the intimate and the political, the comedy and the social documentary, could not have worked. Yet the alchemy is achieved thanks to a scenario with a line, the talent of its actors and the skillful camera of Jeanne Lapoirie. Without claiming to make a committed film, Catherine Corsini nevertheless manages with The divide to capture tremendously the moods of a country at a time in its history.