Nick Kyrgios reveals the secret to helping him change

In recent times, the tennis village instead of talking about Nick Kyrgios’ jokes, many people pay attention to the performance and title of the Australian tennis player. From a “bad boy” who is always proud on the court and in real life, the 27-year-old tennis player is currently in good form in 2022. Before participating in the 2022 Rogers Cup, Kyrgios confessed: “I feel emotional when I look at my rankings from last year to now, it’s amazing progress. I have played with great strength. I always play with the best mental state. An important person to help me stabilize my competitive mentality is my girlfriend Costeen Hatzi, who is always by my side to share with me.”

“Honestly, I feel a lot more mature in my thinking. When you feel you’re getting older, you realize that you shouldn’t take things for granted, you need to listen to your body. Deep down I know that I’m working in my own way. I think I’ve inspired millions of people, and I’m playing for them,” Kyrgios concluded, the reason he’s doing well is because of his girlfriend. and tennis spectators.

Most recently, in the first round of the Rogers Cup going on, in the men’s singles “Bad Boy” Australia Nick Kyrgios did not have much difficulty to beat Sebastian Baez after 2 sets with the same score of 6-4.

Alcaraz, 19, is considered the heir of Rafael Nadal, but this player does not really have the same style of play as the legendary compatriot of Spain, but he is expected to become a big star in the future.

Only 19 years old but has won a total of 5 ATP titles, including 2 Masters 1,000 including the Miami Open and Madrid Masters, the missing major title for Alcaraz is the Grand Slam.

Currently, the Grand Slam race between Novak Djokovic and Rafael Nadal is the main topic, along with Federer “BIG 3” (Nadal, Federer, Djokovic) with a total of 63 Grand Slams, but all three players are already relatively good. older, the story of winning the big title in the next few years will belong to Alcaraz and his colleagues.

But when asked by Punto de Break if the next generation will surpass “BIG 3”, Alcaraz said: “No, I don’t think so. Not a lack of confidence in my own abilities or those of my colleagues but me. I don’t think I and the other players can surpass their record (BIG 3). It’s a mission impossible, at least in my personal opinion at the moment.”

Alcaraz is currently in Canada to attend the Rogers Cup (scheduled to play Tommy Paul around 10pm on August 10), after this tournament he will play Cincinnati and then the US Open in the US. 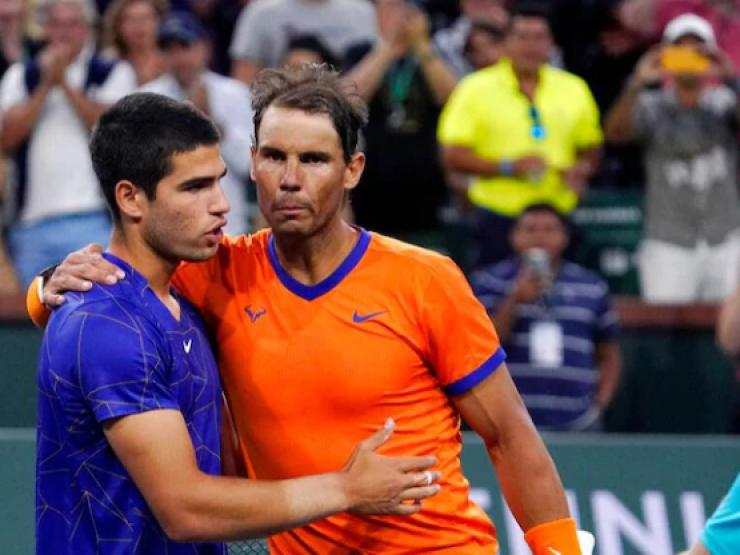