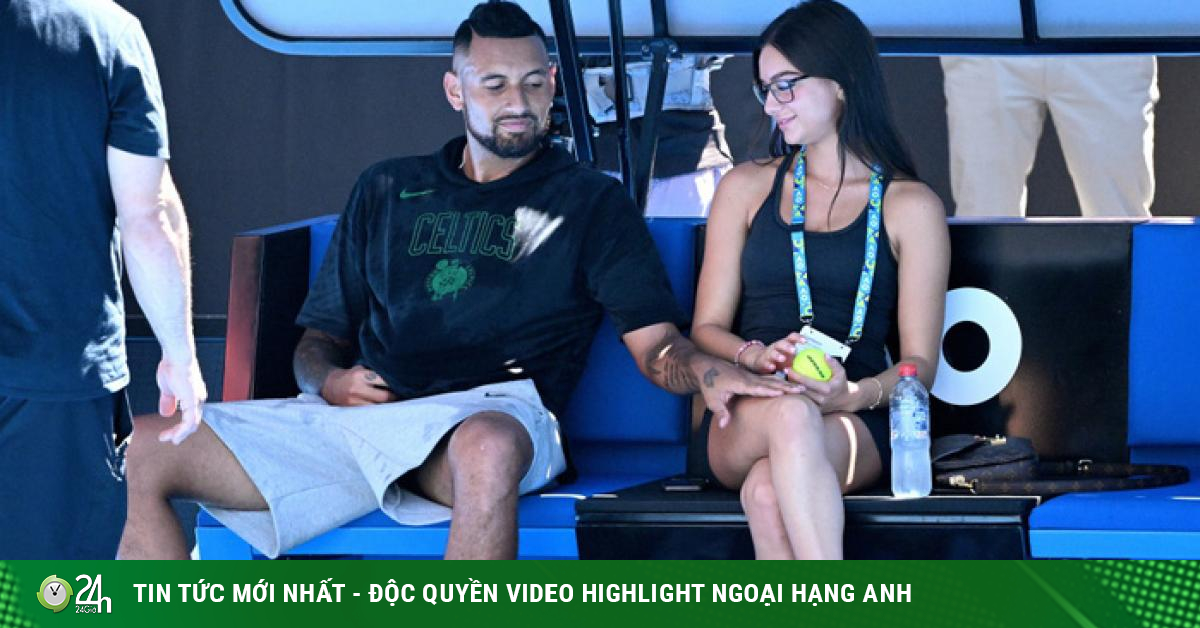 (Sports news, tennis news) Nick Kyrgios’ celebratory effect inadvertently turned the audience of the 2022 Australian Open into outrageous fanatics. Another development, Kyrgios and his girlfriend made the audience “hot” when showing their affection right on the field.

Kyrgios turns the Australian Open into a ‘market’

Unlike football and many other sports where fans can cheer wildly during a match, with tennis, spectators are encouraged to cheer only when a player has just scored. The shouting, clapping when the players are serving the ball, are playing … will distract them, unable to play the ball in the right style.

Kyrgios “burned” after scoring points, he ran, shouted, and then jumped up to touch Kokkinakis’ chest. The 26-year-old’s passionate style makes the Australian audience also more passionate, sometimes too excited that they affect other players.

The Australian men’s doubles quarterfinal match between Kyrgios / Kokkinakis against Michael Venus and Tim Peutz, ended with a 7-5, 3-6, 6-3 win for the home pair. “Bad boys” tennis had another unexpected victory, extending the journey to conquer the Grand Slam men’s doubles championship but turning the cheering atmosphere of the Australian Open “like a broken market”, bustling and disorganized. The audience is passionate but sometimes affects Kyrgios .’s opponents

After each point Kyrgios and teammates scored, the audience simultaneously stood up and applauded and chanted the word “Siuuu” (in the celebratory way of the Ronaldo player), more blameworthy than the audience who shouted when Kyrgios’ opponents. serving the ball. This caused Venus, Putz to have to delay serve many times in the match.

In the men’s doubles semi-final on January 27, Kyrgios and his doubles partner will face third-seeded Marcel Granollers / Horacio Zeballos. This is a match that is expected both in terms of expertise and many other factors.

Kyrgios got intimate with his beautiful girlfriend on the training ground

Before the Australian Open 2022 took place, “Bad Boy” Kyrgios officially broke up with his ex-girlfriend Chiara Passari to come to the beautiful Costeen Hatzi. Before that, Passari discovered in Kyrgios’ phone that there was a picture of this player having an affair with Hatzi, so he argued in the hotel, then immediately said goodbye to the tennis “bad boy”. 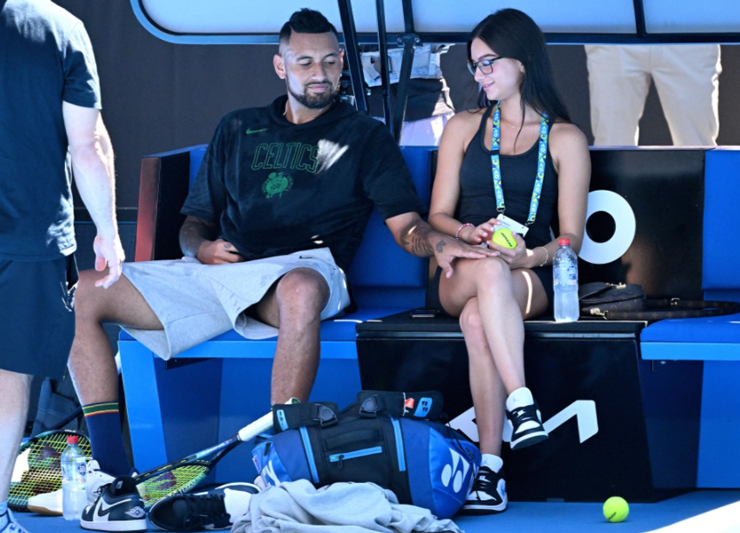 Kyrgios and his girlfriend overreacted on the training ground

It is known that Hatzi is a famous Blogger, currently living in Sydney (Australia). The 21-year-old girl has a beautiful face and a well-proportioned body like a gym coach. The couple has published many romantic images in different locations, recently they also showed their affection right on the tennis court.

Sometimes Kyrgios’s intimate actions with his girlfriend made many viewers uncomfortable. Despite facing criticism, “Bad Boy” still does what he finds interesting.

Beautiful pictures of Kyrgios and his girlfriend 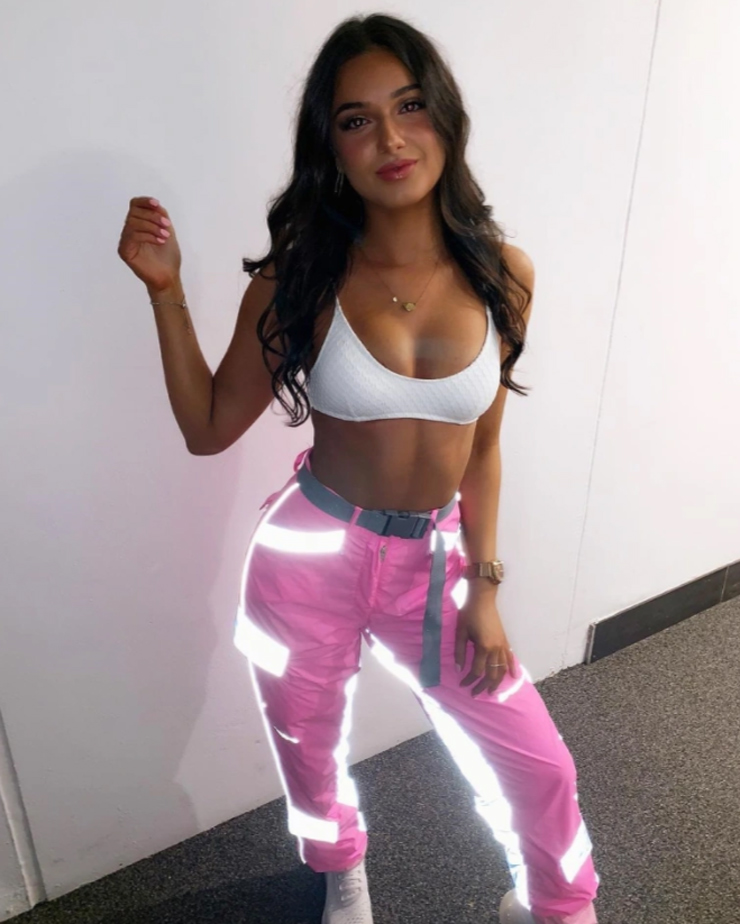 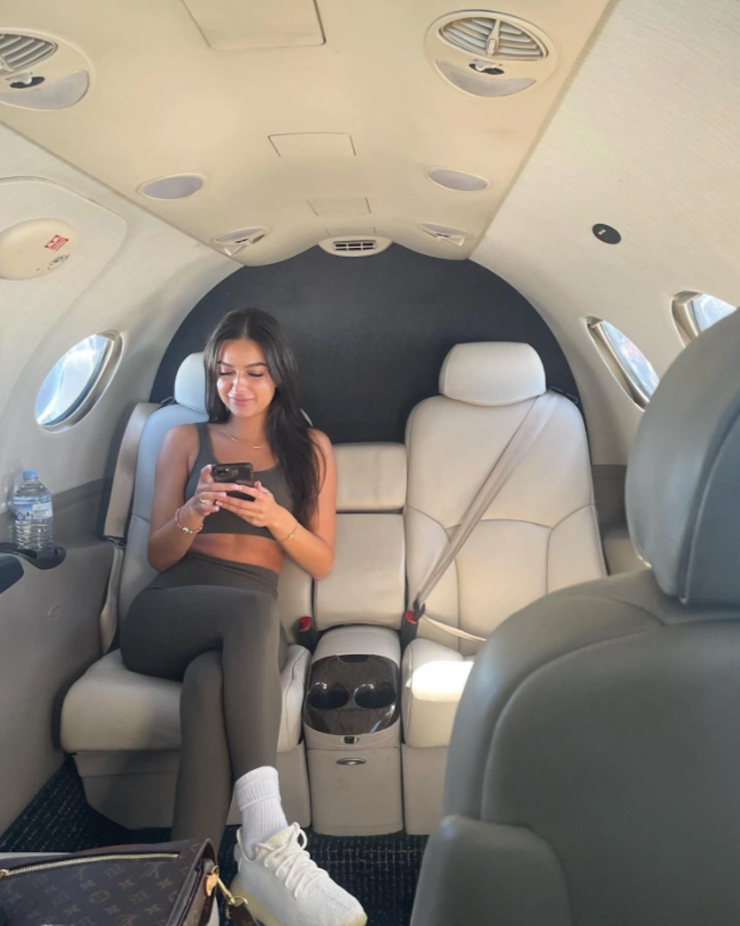 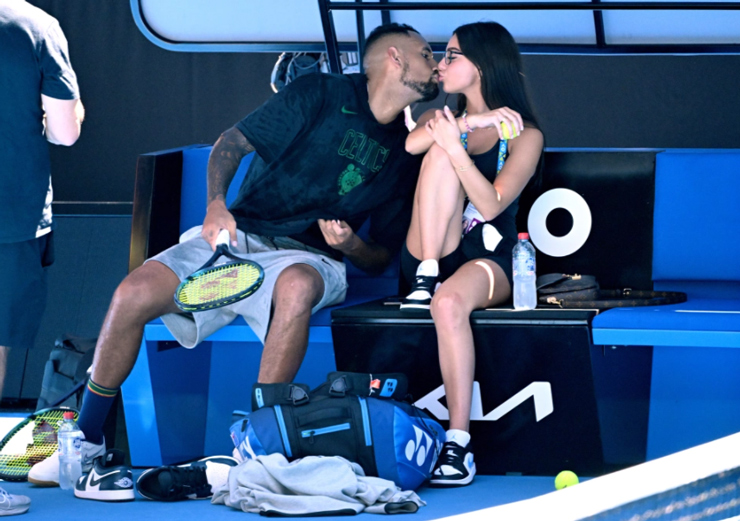 (Sports news, tennis news) The latest shocking incident at the Australian Open 2022 is related to Nick Kyrgios, but in another development,…