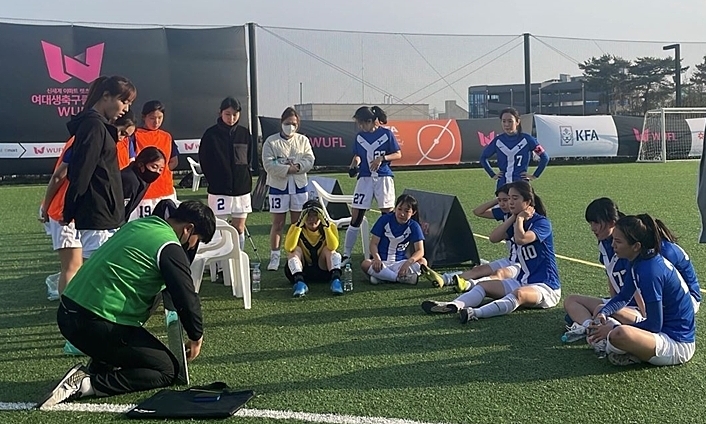 The number of women playing soccer has increased rapidly in recent years, despite the stereotype of Korean society that the sport is only for men.

Sports game shows that focus on female players are getting rave reviews. Viewers say that shows like SBS’s “Kich a Goal” featuring futsal, JTBC’s “Jump Like a Witch” for basketball, and MBC’s “Curling Queens”… are not only entertaining, they also contribute. part of removing barriers for women who want to participate in team games, most of which are only for men.

Shin Nam-hee, a 26-year-old law school student, started his first futsal training seven months ago at JN Sport. This center teaches and organizes friendly football matches for students, most of which are female. “Some people I know also signed up after watching a futsal program. Students range in age from 20 to housewives in their 40s,” Shin said.

A representative of JN Sports said, the number of female trainees skyrocketed from 40 in 2018, to 1,500 in April this year.

“Most of the subscribers said ‘Kick a Goal’ inspired them to play,” she said.

Ahn, a 26-year-old office worker who plays futsal in Gwangmyeong, Gyeonggi Province, often searches for the keyword #women’s football, to see other clubs’ activities. “The number of women’s clubs will increase, when the number of people interested and want to join is high,” Ahn said.

With the rapid proliferation of amateur clubs, the Korea Football Association launched a women’s soccer tournament within the university framework this year. 16 clubs are participating in the tournament from April to September.

Becoming popular, but women still face barriers to overcome. Many times Shin’s team was in a hurry to discuss when going to the training ground. “Many passers-by stopped and watched us play. I’m not afraid but very annoyed by the insensitive words, blatantly comparing my team to male players,” Shin said.

Seong Hyun-iu, who founded and runs FC25 since 2019 also mentioned the struggle for private locker rooms, at futsal facilities. Because most of the previous dressing rooms were used by men and made female players uncomfortable.

Despite the difficulties, amateur female players are still satisfied when playing football, a sport that helps them improve physically and mentally. “Most women choose yoga or pilates to practice and by default football is a difficult sport. But they are a good stress reliever, giving us more energy and a sense of belonging when we play together.” , Shin said.

Minh Phuong (According to Koreatimes)