Video Josh Tonna burst into tears after being knocked out by Gaiyanghadao:

Gaiyanghadao is holding two Muay Thai Championship belts and ONE Championship’s Strawweight World Kickboxing. At the age of 36, Thai boxers had more than 400 professional matches with 369 victories.

Meanwhile, Josh Tonna has a much more modest record with 35 wins after 52 games. However, the 32-year-old boxer, nicknamed “Time Bomb”, was noticed by his fierce fighting style and sudden explosion.

After the first half of exploration, Josh Tonna actively attacked at the beginning of the second half. Unable to launch a precise attack against Gaiyanghadao’s solid defense, Tonna unexpectedly received a very strong punch in the middle of the face, causing him to fall. face back on the ring. From this moment on, the attack power of Australian boxers decreased significantly. Taking the opportunity, Gaiyanghadao counterattacked forcefully. In less than 1 minute, the Thai champion released 10 consecutive “heavenly” kicks on Tonna’s head before adding a punch that left the opponent on the floor. The referee immediately stopped the match and declared a knockout victory for Gaiyanghadao when the second half still had time. 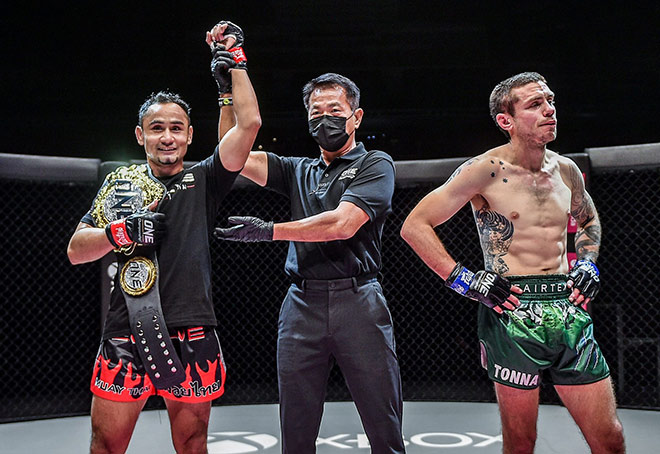 Unable to succeed “robbing” of the opponent’s belt, Josh Tonna sat on the corner and burst into tears. Even so, Tonna still congratulated Gaiyanghadao with a completely convincing victory. 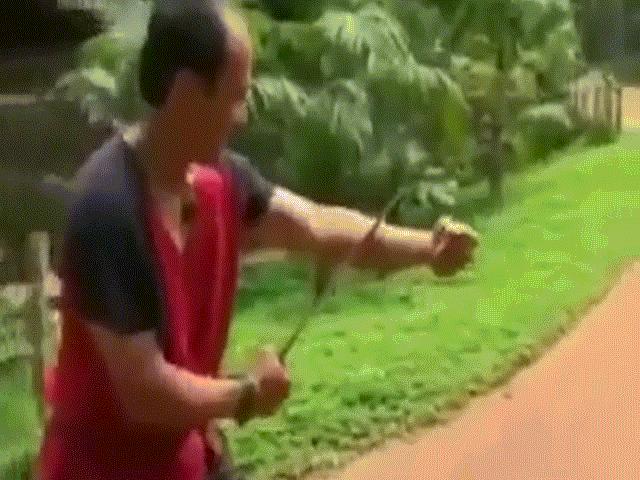