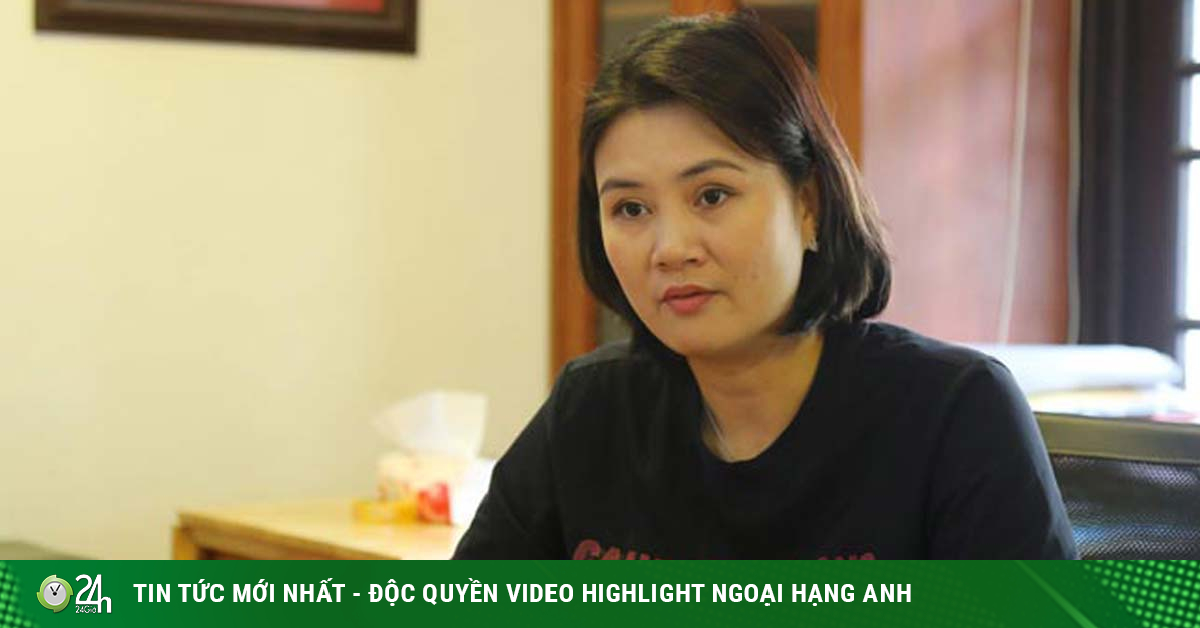 The scandal related to coach Pham Thi Kim Hue and three students receiving disciplinary sentences from the Vietnam Volleyball Federation (VFV) has yet to show signs of stopping.

As we have informed, on April 27, Coach Kim Hue announced 2 complaints to the General Department of Sports and Sports and the Ministry of Culture – Sports & Tourism, about her and 3 athletes Thu Hoai, Phuong Anh and Ninh Anh (currently in the number of volleyball club of VietinBank) received an unreasonable “warning” from VFV.

The head of VFV emphasized: “If you are serious and correct, Kim Hue and the athletes who are working and playing for this club will never receive tens of billions of dong from another club”. According to Mr. Thanh, when he had not yet liquidated the contract with the old club (the Bank of Industry and Trade Club), Kim Hue and three students received nearly 10 billion VND from another team to agree to move to this team. . Although it is just a deal, this is difficult to accept. If Kim Hue and the above athletes only received about 100 million VND, everything would be different.

Before this incident, once a person with many years of management, expert Nguyen Hong Minh – Former Director of High Achievement Sports Department, General Department of Sports and Sports, said that the disciplinary punishment of the Vietnam Volleyball Federation with Coach Kim Hue is too in a hurry, leading to the wrong process.

“Coach Kim Hue has transactions with the Vinh Phuc football team, but has not signed it in writing. I do not know how the insiders have agreed, but maybe the team has goodwill, wants to entice coach Kim Hue and 3 athletes of the Bank of Industry and Trade “, Mr. Nguyen Hong Minh questioned.

It is worth mentioning that coach Pham Thi Kim Hue and 3 students have just reached an agreement with the Vinh Phuc team, but have not signed a contract. Then for various reasons, they all decided to stay at the Industrial and Commercial Bank volleyball club.

Before the first round of the 2021 National Volleyball Tournament started, the leader of the Vinh Phuc volleyball team sent a letter to the Vietnam Volleyball Federation asking not to register Kim Hue and the 3 above athletes to participate in competitions. In the coming time, due to “damaging the reputation of the company, the brand has been taken advantage of by athletes in sports activities to seriously infringe on legitimate rights and interests”. The punishment was given by VFV, creating a fierce response from coach Kim Hue, students as well as public opinion. Mr. Nguyen Hong Minh said that the VFV’s disciplinary sentence has not been considered thoroughly. “I think that the Federation issue such disciplinary sentences is in a hurry, there is no legal basis.

Why the Federation did not work with the parties to understand the incident, that is not to mention the penalty was given at the time the coaches and athletes were playing, affecting their psychology ”, Mr. Hong Minh, who repeatedly served as head of the Vietnamese sports delegation to attend major sporting events of the world, the continent, and the region, said.

“Coach Kim Hue and the athletes have not been given away by the Bank of Industry and Trade Club. Thus, Kim Hue and 3 athletes also had to change their decision not to join the team because of force majeure. The President of the Volleyball Federation issues a disciplinary sentence, and must invite coaches and athletes to work, cannot unilaterally make such a decision.

This is a punishment without love, without reason. Even if you study carefully, the disciplinary judgment of the Federation is not legal ”, said expert from the former director of the High-Achievement Sports Department.

According to Mr. Nguyen Hong Minh, the problem here is not who wins, who loses, but through this incident, the Federation has lost trust with coaches, athletes, especially those who have many years of dedication to the industry. sport.

“I read very carefully the rules of the Federation, there must always be a review board before being sentenced to discipline. Over here, the Federation has just heard one way, has immediately sentenced. The Federation’s sanction process is not standard.

Everyone knows Coach Kim Hue is a big figure of Vietnamese volleyball, who has been devoted to the team for a long time. She has been striving her entire life for a career in volleyball. Yet, the punishment was given without consideration of love, reason. This is a lesson.