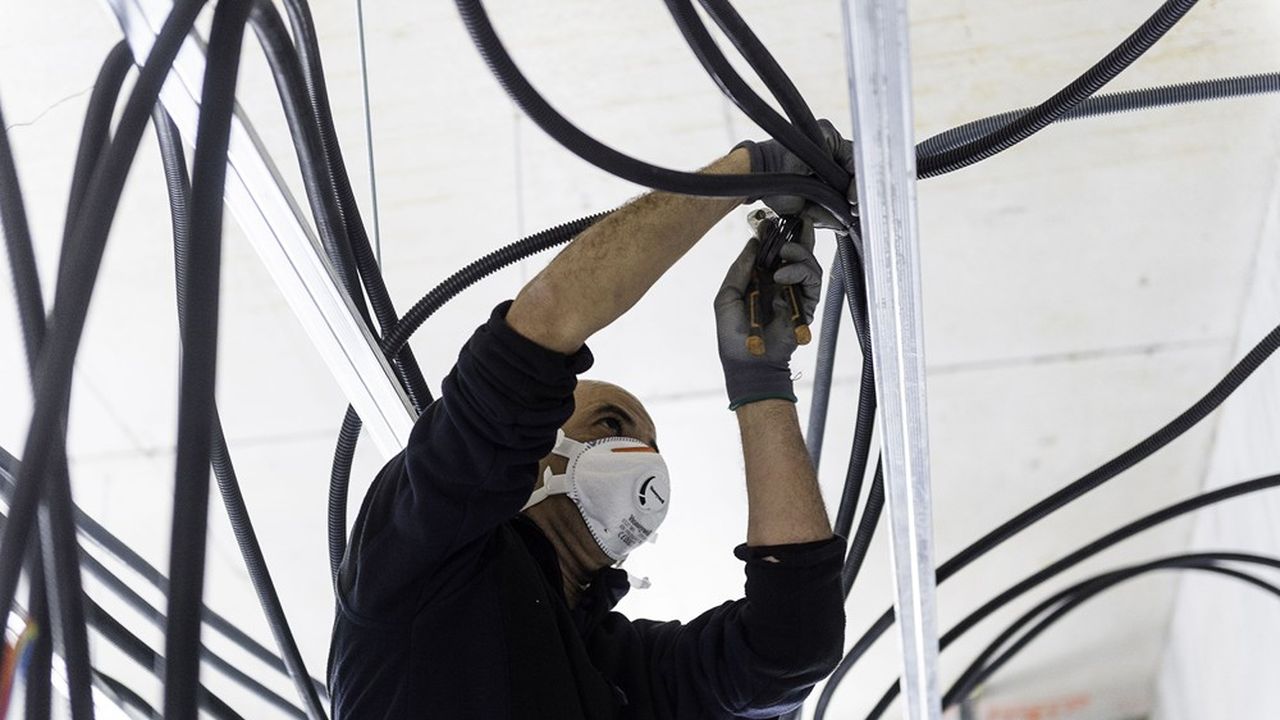 Activity is slowing down, the labor market too. Job creation will fall sharply in the second half after six flamboyant first months, INSEE anticipates in its latest economic report presented on Thursday. However, the 2022 vintage promises to be very dynamic with 305,000 people in employment, salaried or not, more at the end of the year, according to the statistical institute.

This is significantly less than the evolution observed at the end of 2021 (+971,000), after a record post-Covid year in terms of growth, it is true. The hiring bonus effect obliges, alternation – apprenticeship or professionalization contracts – will still contribute for “at least a third of the increase in salaried employment”, estimates the head of the Insee business cycle department. , Julien Pouget. All in all, this still represents 1 million more people in employment compared to the end of 2019, despite the Covid crisis.

In detail, INSEE expects 59,000 and 29,000 additional jobs in the third and fourth quarters respectively, against nearly 220,000 in the first half. Most of these increases would come from the commercial tertiary sector, which includes all temporary workers. On the other hand, the salaried workforce “would remain almost stable in industry, construction and the non-market tertiary sector”, according to INSEE.

As a result of this slowdown in employment and, in parallel, that of the active population, the unemployment rate should stand at 7.4% at the end of December. Either its current level, while at the end of June INSEE was forecasting a slight drop, recalled the head of the economic summary division, Olivier Simon (by 0.3 points, to 7%).

These forecasts mark a halt to the spectacular improvement in the labor market, without turning into catastrophism. It is in this context that the majority pushes for a new reform of the unemployment insurance intended to make stick the rules of compensation to the economic situation: more protective in period of low water, more inciting conversely.

After a smooth passage in the Assembly, the bill paving the way for this change, denounced by the unions and the left, will be examined in the Senate in mid-October. For the presidential majority, this “countercyclicality” is one of the solutions to curb recruitment difficulties. In July, they were at their highest in construction with 82% of companies complaining, at unprecedented levels in the manufacturing industry (67%) or services (60%).

“These difficulties occur in a context of dynamic salaried employment, which is also reflected in the opinion of business leaders on the evolution of their workforce”, analyzes INSEE. Clearly, the increase in recruitment mechanically feeds the tensions, even if it is also necessary to take into account structural reasons, linked for example to the working conditions offered.

To illustrate this, the Statistical Institute has identified among the companies having trouble finding candidates the percentage of those who have expanded (or will expand) their workforce. Result, a sharp increase in a year and a half in the manufacturing industry and services to reach four out of ten companies, and one out of three in the building industry.