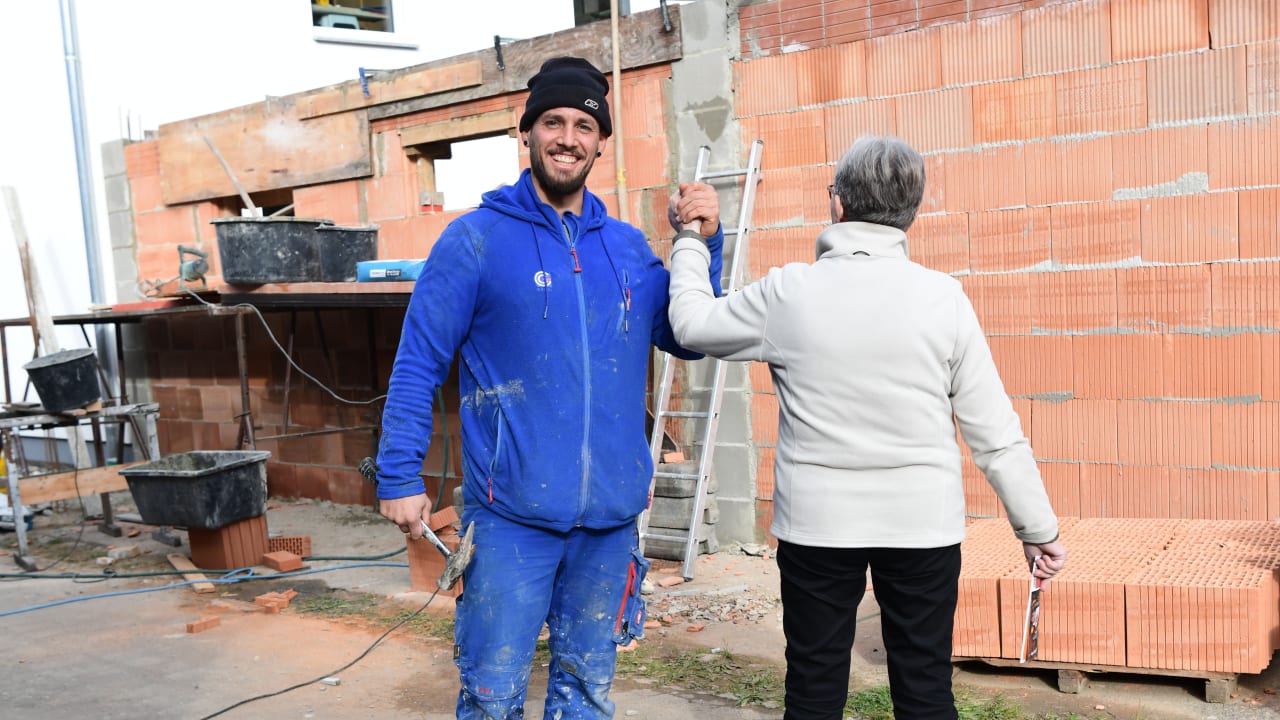 Gerda S. * is 83 years old and has been a widow for thirteen years. She lives alone. The senior citizen from Würzburg (Bavaria) seems to be an easy victim for tricksters. How can you be mistaken! Two fraudsters had to find out, as this story about toilet paper, pickle jars and an attentive craftsman shows.

Every few weeks Gerda S. receives calls from con artists. The senior citizen at BamS: “I usually hang up immediately.” But it was different than on the afternoon of October 22nd, a Friday. The elderly woman: “The man on the other end of the line pretended to be a police officer. He said my daughter was in a car accident. And now I have to pay a lot of money to get her free. “

The catch: Gerda S. has no daughter! But the elderly woman wants to turn the tables, to trick the fraudsters.

The pensioner begins to speak in a shaky voice. “I can do that because I used to be on stage as a cabaret artist.” The caller’s request: Gerda S. should pack cash and jewelry in a bag and hand them over to two messengers at the front door. She does it for pretense.

Gerda S .: “Then I went over to my neighbor and asked her to call the police. When I got home I packed toilet paper and pickle jars in a bag. So that you don’t notice, I tied the bag at the top. “

But the messengers – two young men (15, 24) in sweatpants, baseball caps and bum bags – are there faster than the police to deliver.

But there is still a witness: bricklayer Patrick G. (32) is watching the scene.

The craftsman says about BamS: “I’ve been working on the house across the street for three months. I know the lady, she always said hello so nicely. Sometimes we would chat a few sentences. The guys looked suspicious to me. When they disappeared with the bag, I’m after. “

The bricklayer continues: “Suddenly the two of them ran away. I caught up with the elder and held him until the police came. The other one piled up with the bag. “

A few hours later Gerda S. is out and about in town. There she happened to recognize the 15-year-old and alerted the police – arrest! Arrest warrants were issued against both men because of the strong suspicion of attempted fraud.