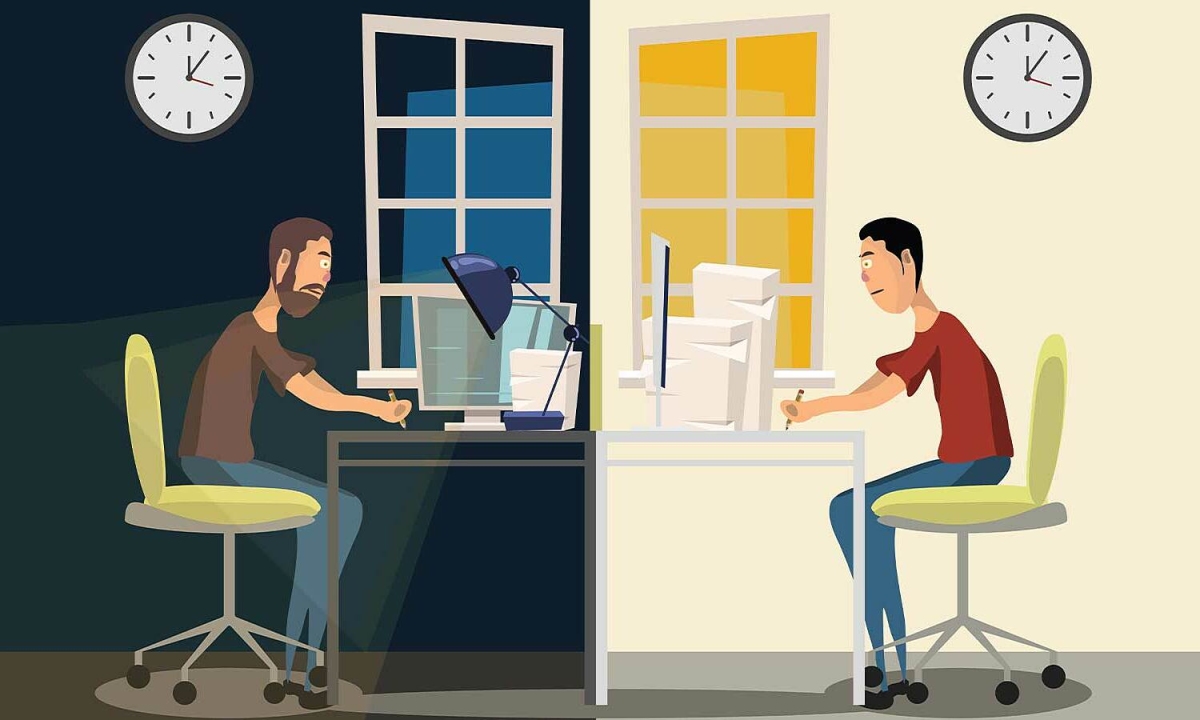 There are two types of people in the world: early to bed, early to rise, or late to rise. But what lifestyle is good for health?

Michelle Worley, director of the medical and therapeutic center for sleep disorders Aeroflow Sleep (North Carolina, USA), explains the term “night owls” to describe people who have more energy at night and wake up late at night. during the day, like owls that are active at night. The word “early bird” is derived from the proverb “the early bird will catch the worm”, referring to people who like to get up early and often sleep early in the evening.

People with “early bird” living habits often have the following characteristics: going to bed early, waking up early, finding themselves full of energy and performing at their best at the beginning of the day, feeling depleted of energy, and tired at the end. day and evening. Especially these people can’t stay up too late.

As a general rule, this group of people will be more socially adaptable than “night owls”. Early risers easily adjust to their schedules, which is the norm in most workplaces these days.

According to research published in 2012 by the American Psychological Association (APA) “early birds” have higher levels of positive emotions. In particular, happiness and positive emotions often appear if sleep habits are appropriate, helping them easily integrate into society. However, these people find it difficult to pursue and maintain social relationships if they go to bed too early.

In contrast to “early birds”, “night owls” have very recognizable characteristics such as: staying up late, preferring to sleep in, feeling that they are at their best at the end of the day, having more energy during the day. At night, tired of waking up early…

A 2019 study by experts from Harvard Medical School found that “night owls” can experience health problems, increase the risk of mental illnesses and metabolic problems.

But “night owls” are not always bad. Many artists, writers, and creative professionals find themselves able to do their best work at night. It is important for the body to get enough sleep in order to maintain good health.

What determines humans to be “early birds” or “night owls”?

Research published in the European Journal of Psychology (EJP) in 2020 suggests that genetics may be to blame for your preference for sunrises or sunsets. In addition, the body’s biological clock also regulates sleep habits.

Research shows that ambitious, motivated people are more active at the beginning of the day. But this does not mean that personality traits are the reason why a person wakes up early or late. Sometimes they can make themselves the habit of getting up early as required by society to achieve success.

Another study in 2020 found that early risers tend to be more physically active, while “night owls” are often less, especially men. However, the authors did not reach any conclusion about cause-and-effect between these two issues.

What type of person are you?

The easiest way to figure out your sleep habits is to skip the alarm clock and see when your body wakes up on its own. If you rarely feel sleepy until past midnight, you are a “night owl”. And if you are often sluggish, sleepy as soon as the sun goes down, don’t like to sleep in even when you really want to, you are probably an “early bird”. However, a 2012 study suggests that most of us fall between these two types.

Can a “night owl” transform into an “early bird”?

Humans can still control their sleep habits, according to a 2021 study on genes that control the body’s circadian clock. Changing sleep habits, Worley explains, is a difficult transition that requires patience and determination. The key to success is making small changes. In addition, sleep habits can also change as you age. Accordingly, when entering middle age, people can get up earlier.

Whether you are a “night owl” or an “early bird”, the most important thing is that your sleep is of the right duration and quality.

Minh Phuong (According to Healthline)