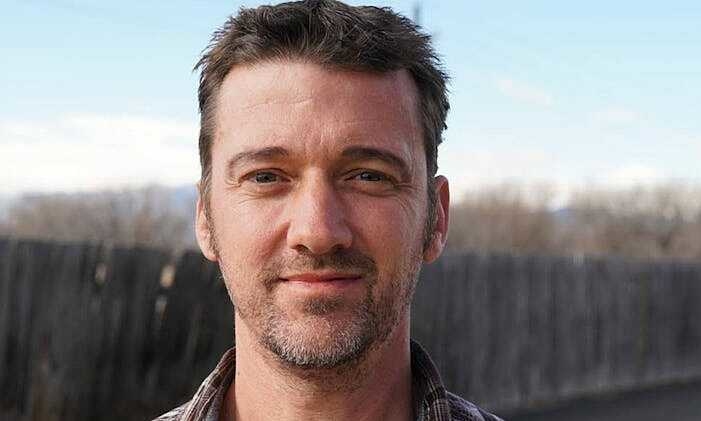 Wanting to reduce work pressure, have more time to take care of their wives and children, many young people like Pete Adeney and Phan Thanh Phuoc decided to find an investment channel to retire early.

Financial independence, early retirement is the dream of many modern young people. Especially, for married people, this is a way for them to have more time to take care of their children, not having to spend 12 fixed hours a day on work. To be able to retire early, some people are looking for ways to increase their work productivity, others are looking for a way to invest their lives so that they don’t have to depend on salary.

There are more and more stories of married people deciding to retire early. CNBC posted the story of Pete Adeney, a software engineer living in Colorado, who retired at the age of 30. The job of software engineer brings Adeney tens of thousands of dollars in income per month. However, he still decided to stop. “From a young age I realized that I would rather ride a bike and cook dinner than work. I used the money I made in exchange for my freedom,” Adeney shared.

To be able to retire early, in addition to doing her best while working, Adeney also invests in stocks and chooses to live a minimalist lifestyle. He doesn’t buy frivolous things or indulge in extravagant pleasures. At the age of 30, Adeney accumulated a fortune of $800,000 (about VND 18 billion). He said that each year a family of three spends about $24,000 (about VND550 million). Retiring at the age of 30, Adeney continues to make money through blogging. However, the engineer said that the money earned from writing is not important because the interest in stocks and savings is enough for him to live comfortably.

He said: “When I was still working, I focused and tried my best for the job. Now, I can safely fulfill my father’s duties and raise children.” On her blog, Adeney advises young people who intend to retire early to learn how to invest, save, at least half of their income. Besides, the former software engineer believes that retirement is not laziness but starting a new life with a clear purpose, happiness and less stress.

In Vietnam, many young married people also intend to retire early and spend time on new life goals. Mr. Phan Thanh Phuoc, 26 years old, Long An, has been married for two years and has just welcomed his first son. Working as an engineer to operate a thermal power plant in Tra Vinh brings Phuoc a good income. However, the 26-year-old engineer is worried about his health because he often works overtime and works in a toxic environment. He was also sad because he worked away from home and could not take care of his wife and children. The boy from Long An said he tries to work hard so that his family is not under financial pressure.

Besides, from two years ago, he also planned to retire early. Phuoc said: “I plan to retire at the age of 50-55. I think that is the right age for my health, just enough for me to devote myself to work and also have a little more time to take care of me. Depending on the actual situation, the plan may be earlier.”

With his salary, he saved a bank savings account. Besides, he said it would be difficult to retire early without investments. The 26-year-old engineer chooses real estate as a profitable investment channel. With the money saved, Mr. Phuoc plans to put it into land and agricultural land According to him, land investment is relatively safe, profitable and low-risk. He prioritizes land in the suburbs of Tan An City (Long An) and Ho Chi Minh City because the land is good, the area is densely populated and easy to sell.

Although at a very young age, the engineer also has his own plan after retirement. When he no longer has to work, he plans to spend time raising children, taking care of grandchildren, working part-time jobs, investing in livestock and gardening. “Finance is very important in retirement. My goal is very clear is to earn enough money to support my parents on both sides, invest in children. I do not choose to retire too early at 30-40, when my wife is still working, because I think it’s selfish,” he shared.

Unlike Mr. Phuoc, Ms. Huynh Phuong, from Thu Duc City, retired in 2019, when she was only 35 years old. Before retiring, she worked as an accountant for small and medium-sized companies with a low salary. However, after more than 10 years of working, she can still retire early thanks to reasonable investment.

Phuong and her husband, Nam, have been planning to retire comfortably since they were married 10 years ago. The couple choose to live a minimalist life, saving at least 5 million VND each month to save. She shared: “Both husband and wife are young, so we decided to eat less, enjoy less so that we can have money later when we are old.” In addition, the remainder is invested in securities, real estate and coffee shop business.

Being a financial scholar, investments do not make it difficult for a mother of two. She chooses to invest in “surfing” securities and land projects, contributing capital to business with friends. Every month, investments help her earn more than 30 million in profit. With enough money to live, in 2019, she decided to retire, go home to run an online seafood business and give birth to a third child.

Phuong’s husband is an irrigation engineer, has just opened his own company and is busy with work. She shared: “My husband is too busy, so I want to become a solid support for him. I retire early and am satisfied with my decision. Now I am a “giant” in terms of time. I can take care of myself. take good care of the family, take care of the children but still have a stable income.”

For many families, especially young people, making a lot of money and taking good care of the family are two opposing issues, leaving many headaches. Many young families like Phuong and Mr. Phuoc choose to invest for financial independence instead of depending on salary.

“Financial independence, early retirement” seems to be the solution to the problem of balance between money and family that exists in many young couples in Vietnam. There are many different forms of profitable investment, but it depends on knowledge, capital, sometimes luck.

Questions about early retirement, how to invest appropriately for each object will be answered in the eConference “Retirement comfortably, financially safe”. The topic, which takes place from September 23 to September 25, will bring experience sharing videos from famous speakers and two livestreams to answer viewers’ questions. Currently, participants who buy tickets will receive an Early Bird discount of 259,000 VND.