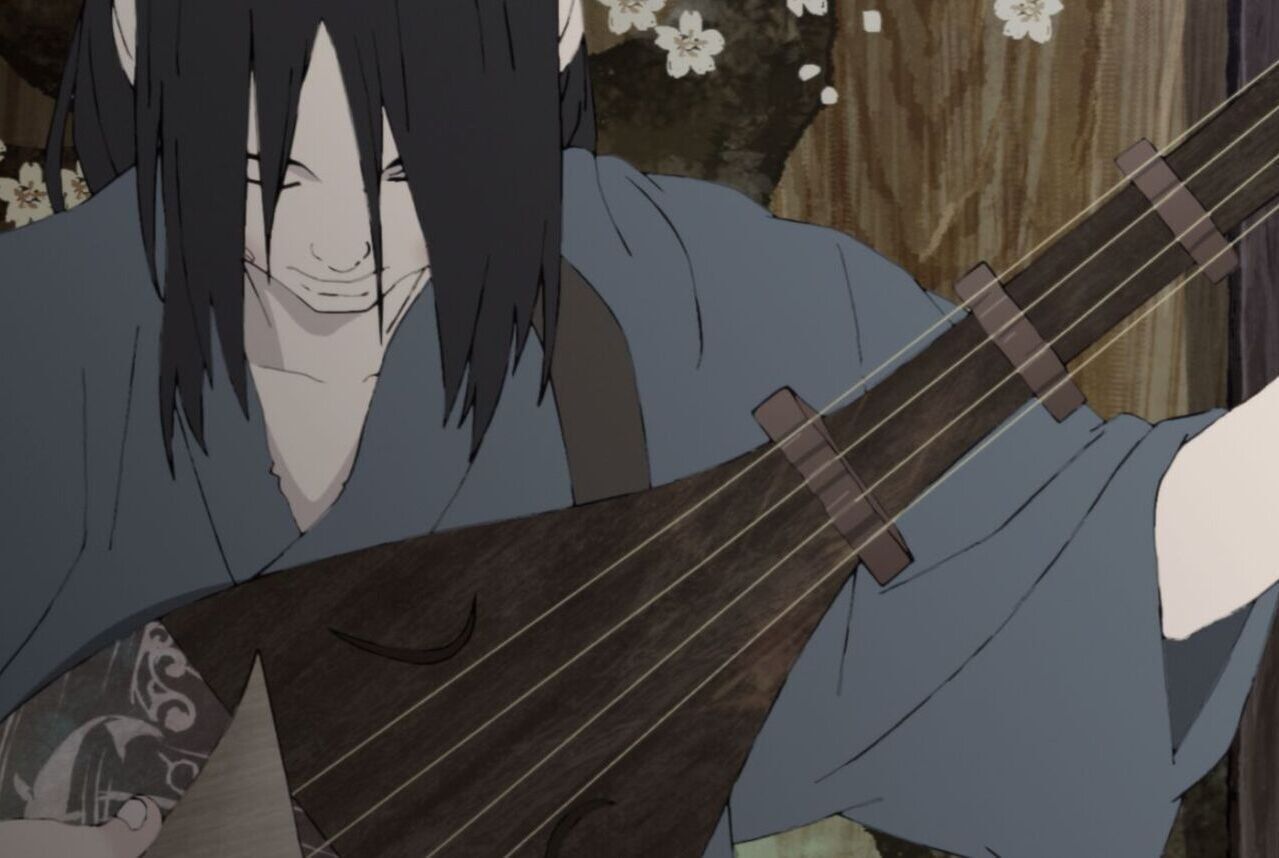 Attention, “unidentified filmic object”! Coming directly from the whimsical spirit of Japanese filmmaker Masaaki Yuasa, who had accustomed us to burlesque blues (including the formidable Night is short walk on girl, good-natured student drinking night, is available on France.tv), this “ofni” is an incredible animated feature film combining rock and sarugaku (ancestor of No theater).

Friendship story between a deformed singer and a blind musician monk, Inu-Oh is not only an exercise in virtuoso style, but also a political fable about the left-behinds of history, which is part of a long Japanese literary and graphic tradition.

The screenplay is freely adapted from dog kingby Hideo Furukawa (published in France by Picquier), himself inspired by Said of the Heike (Heike Monogatari), poetic chronicle of clan struggles in the 12th century for control of the Empire of the Rising Sun.

Inu-Oh hides his scaled back, hairy chest, and broken face under long clothes and an eggplant-like mask. His life as an outcast ends when he takes to the stage with Tomona, his new friend who handles the biwa (Japanese lute) like no other, to recount the famous battles of the Said of Heike. Their concerts with psychedelic accents are a great success.

Power and illusion of art

All this is told in the strange style of the great mangaka Taiyo Matsumoto, author among others ofBitter Concrete, dark and flamboyant graphic novel. All the visual strength of the film is to remain faithful to its nervous and virtuoso line, its distorted perspectives, its ability to restore the truth of a posture or a look.

Faithful to his flexible and mobile style, Masaaki Yuasa delights in these graphic and musical anachronisms to better oppose the stiffness of the theatrical canons to the visual dynamism of a contemporary dance choreography with lively animation. A bit as if David Bowie had teleported himself to medieval Japan…

By dancing and singing, the artist gradually wards off the curse: his deformities gradually disappear through the magic of catharsis. But our hero is not fooled by his new appearance. Reality quickly takes over.

The shogun in power wants to rewrite history in his own way, that of the winner. This manipulation for political purposes is imposed on Inu-Oh who seeks to save his skin without losing his soul. Power and illusion of art. It makes it possible to free oneself from the shackles of all kinds, but is in no way a safe conduct.