(Sports News, Tennis News) In the fourth round of Indian Wells men’s singles, No. 1 seed Daniil Medvedev will have to compete for the next ticket with “Little Federer” Grigor Dimitrov. Meanwhile, Alexander Zverev encounters a nasty opponent, “The Clown” Gael Monfils.

Although it was a bit difficult to enter the tie-break series in the second set, in the end, the number 1 seed Daniil Medvedev still defeated the 27th seed Filip Krajinovic 6-2, 7-6 (1) in the third round of Indian Well. this year. The upcoming challenge of the new US Open champion will be “little Federer” Grigor Dimitrov. The Bulgarian tennis player also just lost 2 sets to defeat the host US opponent, 2.11m tall Reilly Opelka. 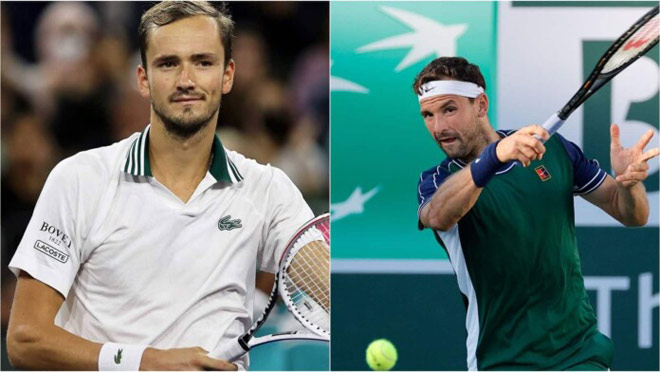 In the past, Medvedev has lost to Dimitrov 3-6, 6-3, 3-6 in the quarterfinals of the ATP 500 Queen’s Club Championships in 2017. But it was a grass-court tournament. The next 3 times they faced each other on hard courts at tournaments in the US, the victory belonged to Medvedev.

Dimitrov rematch this time, if not subjective and playing right, the Russian world No. 2 is completely capable of having a fourth consecutive victory against his senior opponent from Bulgaria.

Video of the match between Daniil Medvedev and Filip Krajinovic in the third round of Indian Wells this year:

2nd seed Stefanos Tsitsipas experienced a difficult match when he had to come back after 3 sets to defeat 25th seed Fabio Fognini with a score of 2-6, 6-3, 6-4.

However, it seems that in the upcoming fourth round of Indian Wells men’s singles, the challenge will be lighter with the defending runner-up Roland Garros. Tsitsipas only had to face Alex de Minaur, the Australian opponent had lost all of the 5 times they met in professional tournaments from 2018 to now. A ticket to the upcoming quarterfinals of Indian Wells is completely within the reach of the Greek “Morning Star”. 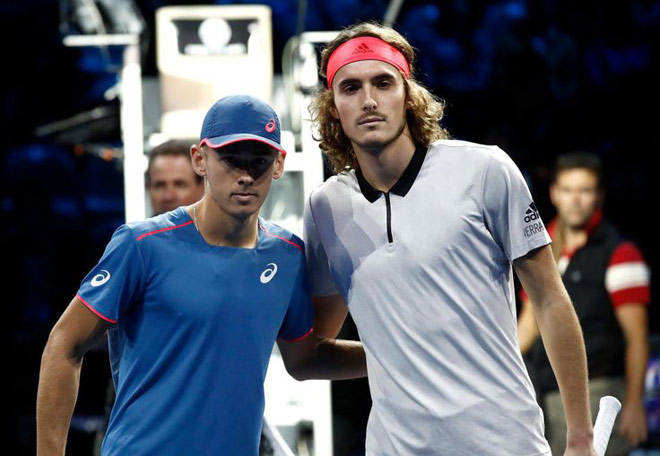 The last 6-4, 7-6 (4) victory over Andy Murray helped Alexander Zverev reach the fourth round of Indian Wells for the first time in five years since the only time he did so in the 2016 season. The new Tokyo Olympic champion also completed the feat of defeating all four representatives of the “Big 4” group (Federer, Nadal, Djokovic and Murray).

But the upcoming pressure on Zverev in his bid to qualify for the quarterfinals of Indian Wells will be sizable when he faces 14th seed Gael Monfils. The gameplay of “The Clown” Monfils relies heavily on competitive inspiration. But surprisingly, the French player has won all three times against Alexander Zverev at the hard court tournaments they have met before in Marseille, Rotterdam and Washington DC.

Zverev has won his last 19/20 matches, including winning the Tokyo Olympic gold medal and crowning this year’s Cincinnati championship. But meeting with Monfils at this time, the young German talent is in danger of having to stop at Indian Wells soon.

Schedule for the 7th day of the Indian Wells tennis tournament 2021: