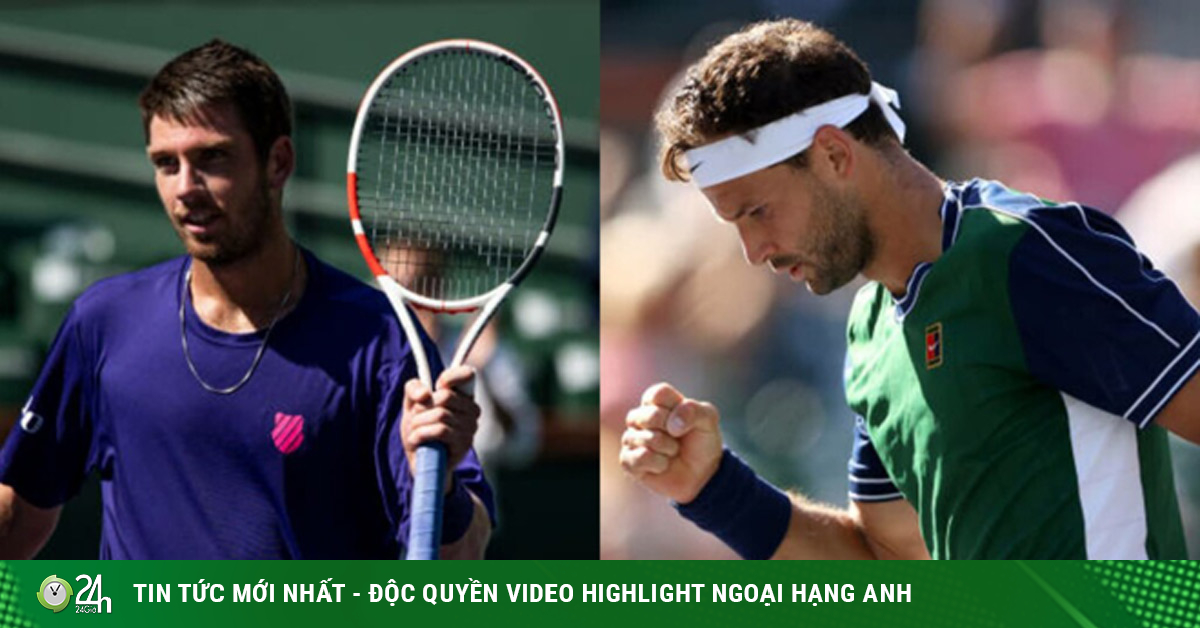 (Sports News, Tennis News) Grigor Dimitrov, Bulgara’s “Little Federer” will have to be very wary when he reunites with an English player who once defeated him. Meanwhile, the remaining final ticket for the men’s singles at the Indian Wells Masters 2021 will belong to a host player or phenomenon from Georgia. 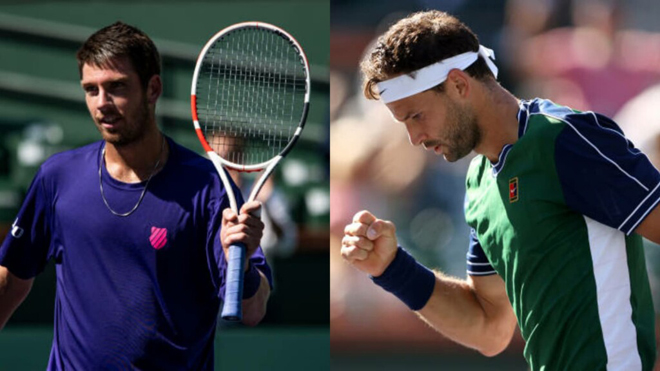 The Bulgarian player nicknamed “Little Federer” will enter the semi-finals of this year’s Indian Wells Masters with the determination to continue to show sublime performance towards the 9th ATP Tour title in his career. If crowned at Indian Wells this year, Dimitrov will also have the second ATP Masters 1000 championship in his career after winning in Cincinnati in 2017.

Of the four players participating in this year’s Indian Wells Masters men’s singles semi-finals, it is clear that the former ATP Finals champion is still the most appreciated and it will be difficult to accept if he cannot reach the final and win the title. army.

But to do so, Dimitrov must overcome a formidable challenge tonight named Cameron Norrie. The 26-year-old British tennis player has just impressed with “crushing” opponent Diego Schwartzman 6-0, 6-2 in the quarterfinals of Indian Wells Masters this year.

In the past, the only time he encountered Norrie, in the second round of the Miami Masters in March this year, Dimitrov lost to this opponent after 2 sets with the same score of 5-7. Reuniting with an opponent who is looking for the first ATP Tour title in his career, the 23-year-old Bulgarian seed must be very vigilant if he wants to successfully avenge.

Two “phenomenons” Fritz and Basilashvili will face each other in the near future to find the most worthy owner of the final ticket to this year’s Indian Wells Masters final. American tennis player Taylor Fritz (left) can beat Niloloz Basilashvili to reach the final of the ATP Masters at home?

Fritz has the advantage of playing with enthusiastic cheers from the home fans. In terms of current rankings, the 39th-ranked American player in the world is 3 places behind rival Basilashvili on the ATP rankings.

But in the past confrontation between them, Fritz was the better one when there were 2 victories and 1 defeat against Basilashvili. This year, they met twice at tournaments in Doha (Qatar) and Dubai (UAE) with the victory divided equally between both sides. The upcoming competition between Fritz and Basilashvili on field 1 promises to be very tense and unpredictable.

Also in the morning of October 17, at 1:00 am (Vietnam time), the women’s doubles final of this year’s WTA Indian Wells tournament will take place between the pair Elena Rybakina/Veronika Kudermetova and the pair Su-Wei Hsieh/Elise Mertens. (Sports News, Tennis News) Interesting “phenomenon” has just won the shock of No. 2 seed Tsitsipas in the quarterfinals of Indian Wells Masters…