(Sports News, Tennis News) “Aussie bad boy” Nick Kyrgios had a successful opening match when he only had to face a little-known opponent.

“Australian bad boy” Nick Kyrgios had a successful opening match when he only had to meet a little-known opponent Sebastian Baez. After two quick sets, Kyrgios overcame the Argentine with a score of 6-4, 6-0 to enter the second round. In this tournament, Kyrgios participated in the tournament thanks to a wildcard from the organizers.

Meanwhile, Italian tennis player Fabio Fognini has made history for Italian tennis. Specifically, Fognini defeated Pablo Andujar 3-6, 6-3, 6-3 in the first round of this year’s tournament. This victory makes Fognini the Italian player with the most wins in ATP Tour history with 392 victories, surpassing former world number 4 legend Adriano Panatta.

Nadal, Medvedev identify opponents in round 2

The top two seeds Nadal and Medvedev have already identified their next opponents. The “King” of Grand Slam will face Sebastian Korda, who defeated Thanasi Kokkinakis 6-3, 6-4 in the opening match.

Meanwhile, the defending world No. 1 Medvedev will face Tomas Machac, who defeated Alexei Popyrin 6-3, 7-5 in the first round.

In the women’s content, a remarkable match took place between Sloane Stephens and Naomi Osaka. Japanese tennis player Osaka was the better player in this match and won despite struggling after 3 sets with the scores 3-6, 6-1, 6-2.

Video of the Osaka – Stephens match:

First seed Daniil Medvedev will set his eyes on court number 5 on the first day of this year’s Indian Wells Masters men’s singles event, when Tomas Machac takes on Australian Alexei Popyrin. Because, the winner of this match will enter the second round to face the new world number 1 Russian Medvedev. 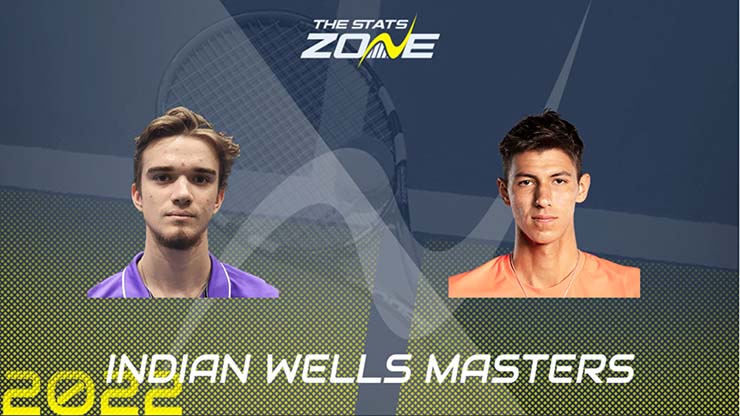 Will Tomas Machac (left) or Alexei Popyrin win to win tickets to number 1 seed Daniil Medvedev in the second round of Indian Wells Masters this year?

Over the past 2 qualifying rounds, Tomas Machac has excellently defeated opponents who are more appreciated than him such as the 14th seed Radu Albot or Ukrainian tennis player Illya Marchenko.

The Czech Republic player who is ranked 158 in the world could completely make it difficult for Alexei Popyrin in the upcoming match when they first meet.

After winning all three hard-court tournaments from the beginning of 2022 including the Melbourne Summer Set, Australian Open and Mexican Open, Rafael Nadal will enter the journey to conquer the Indian Wells Masters.

At the first ATP Masters 1000 tournament of the season, Nadal was crowned three times in 2007, 2009 and 2013. If he is crowned this year at Indian Wells Masters 2022, Rafa will be only 5 times less than the record of claiming the crown. In this tournament, two great rivals Novak Djokovic and Roger Federer are holding exactly 1 trophy. 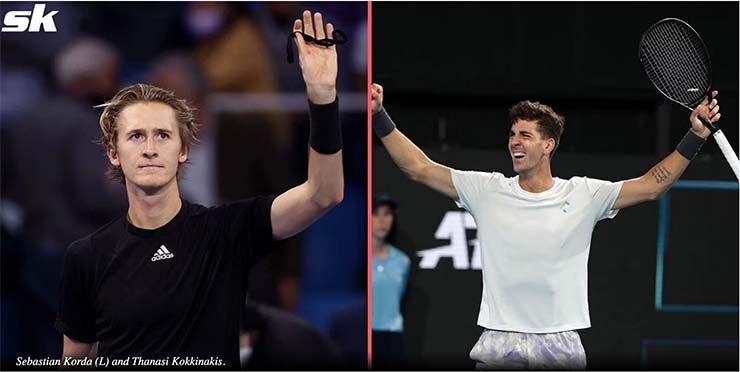 Sebastian Korda (black shirt) or Thanasi Kokkinakis will be opponents in the opening match of former king Rafael Nadal at the first ATP Masters 1000 tournament this year.

4th seed Nadal is among 32 men’s singles seeds to be exempted from this year’s first round of Indian Wells Masters. In his opening match in round 2, he will face either Sebastian Korda or Thanasi Kokkinakis.

Although 4 years younger than Kokkinakis, the 21-year-old American player Korda has a better position on the ATP rankings than his Australian opponent, 59 places. In the middle of last month, Korda defeated Kokkinakis 6-4, 6-1 in the opening match of the ATP 250 Delray Beach tournament on his home turf.

Meeting the player again at another hardcourt tournament also in the US, Korda is aiming for a similar result to qualify for Nadal at this year’s Indian Wells Masters.

After making a big mark at the Australian Open 2022 when he won the second seed Daniil Medvedev 1 set in the second round of men’s singles and won the men’s doubles at this Grand Slam when he paired with compatriot Thanasi Kokkinakis, the “bad guy” Nick Kyrgios did not attend any of the ATP 500 tournaments last month in Dubai or Acapulco.

Entering this year’s Indian Wells Masters, Kyrgios will have to be very wary when facing Argentinian tennis player Sebastian Baez, who is 5 years younger than him but has an ATP ranking 72 places better than him. 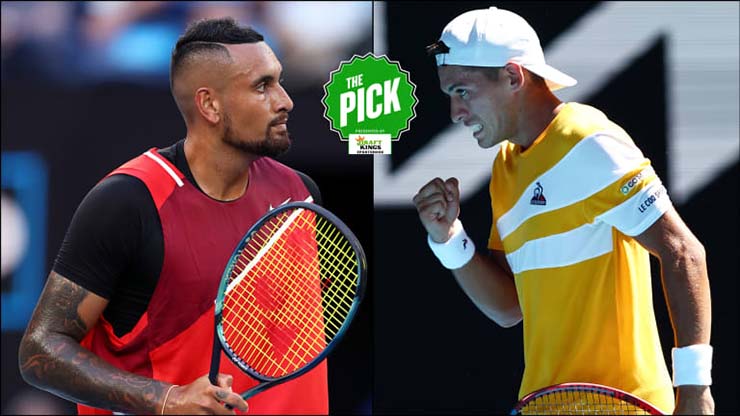 In the first meeting, will the experience of the 13th-ranked player Kyrgios or Baez’s youth and desire to assert himself prevail? The next in this matchup will face the 32nd seed of Argentina Federico Delbonis in the second round of Indian Well Masters this year.

Also on March 11, in the first round of the WTA Indian Wells Masters women’s singles event, two former US Open champions Sloane Stephens and Naomi Osaka will face each other at 6 a.m. on Court No. 1. Also on this field, it is expected At 11 a.m. on the same day, two American tennis players, Amanda Anisimova and Emma Navarro, will have to eliminate each other. 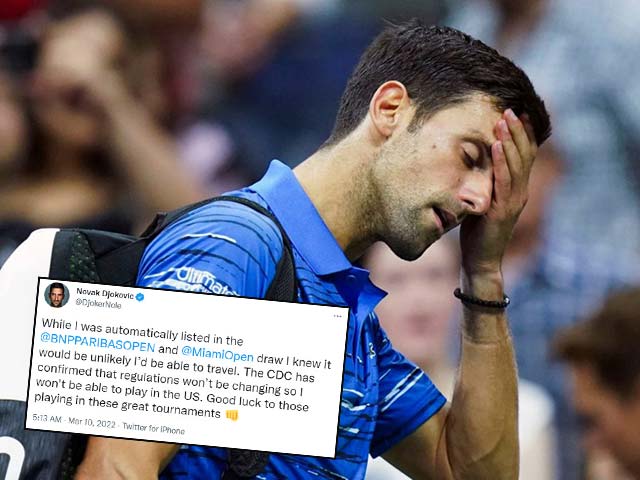 Novak Djokovic was named in the Indian Wells draw but was unsure of his attendance, and he recently confirmed it.