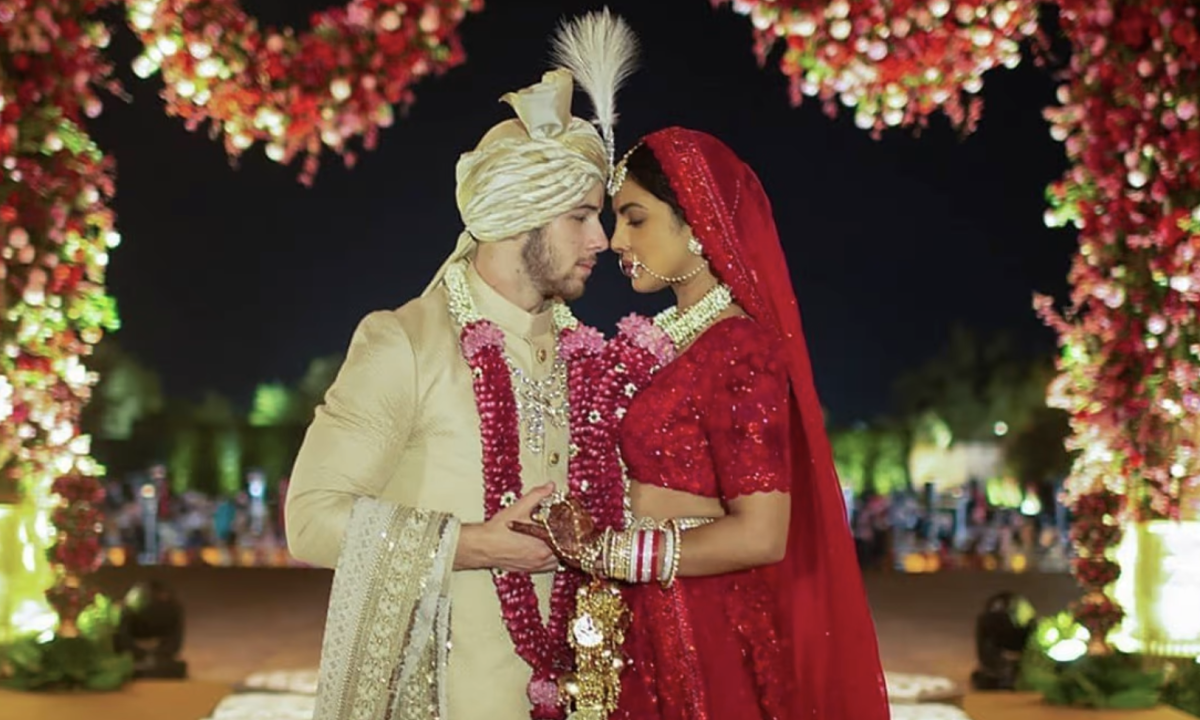 More and more Indian brides are taking risks or confronting their families to change the outdated and unequal procedures and rituals in traditional weddings.

Priya Aggarwal, a recent law graduate from the northern city of Ambala, Haryana state, became the focus of the media when she went against the rules at a wedding that took place in early 2022. She rode a horse, wielding a sword. Going to the groom’s house to ask for a son-in-law on the day of his marriage – the role is inherently male.

In the patriarchy, wedding rites always promote male domination. For example, the parents-in-law must wash the feet of their son-in-law. Even when the father leads his daughter down the aisle, the groom and the groom’s family consider the bride a property.

But this gradually changed, when the brides began to have their own ways to make the wedding different and promote gender equality.

Parthip Thiagarajan, who runs the Wedding Sutra online platform, which specializes in wedding services, said that although many families still keep the traditional rituals, there has been an increasing number of soon-to-be-married couples who want to get rid of it. change these old customs.

“I usually advise them to talk to adults. But many girls don’t succeed, because traditions are so important to Indians, so it’s hard to convince the older generations,” Thiagarajan said.

On a deeper level, brides want to change their wedding to reflect their role in the marriage. “Many couples have chosen to wear each other’s rings as a sign of equality, instead of just having the woman wear the mangalsutra (necklace) and sindoor (reddish),” said Shruti Singh, an advertising specialist based in Bangalore. .

Shruti Kumar, a software engineer in Bangalore, kept his last name after his marriage. She believes that name is part of her identity and is a way for friends, family and colleagues to remember Shruti instead of her husband.

Avanee Kapoor, of Gurugram, a human resources expert, also wants a modern wedding, giving up outdated or sexist vows, including the fact that the wife cannot leave the house without her husband’s permission. The couple adjusted the form of organization by having the men of the bride’s house greet the groom’s family with gifts. “My husband and I also split the cost of the wedding equally to show equality,” Avanee said.

Madha Kanna, an accountant living in Mumbai, also sets common values ​​for her marriage to her boyfriend Akshay. After carefully studying the wedding rites, the couple chose to marry under the witness of two female priests and omit the lengthy ritual. “We also made our vows in English instead of Sanskrit, because that language is common,” Madha said.

Bollywood stars also contribute to repelling outdated customs. Actress Katrina Kaif asked her sisters to put flowers on her, instead of the customary brother. Actor Dia Mirza also abandoned the lavish wedding with a simple party attended by nuns instead of monks. Priyanka Chopra at her wedding to Nick Jonas let her mother lead the aisle, instead of the usual father or a male family member. Even actor Rajkummar Rao asked his wife Patrelekhaa to apply sindoor on his forehead, instead of vice versa at the wedding.

Anusha Ravi, an NGO employee in Delhi, said the cases were just a glimmer in the larger Indian wedding landscape. The demand for dowry and the insistence on old-fashioned rituals persisted.

“Change will take decades, but this is a positive sign that many women are working to combat gender inequality in weddings,” Anusha said.

Minh Hang (According to SCMP)