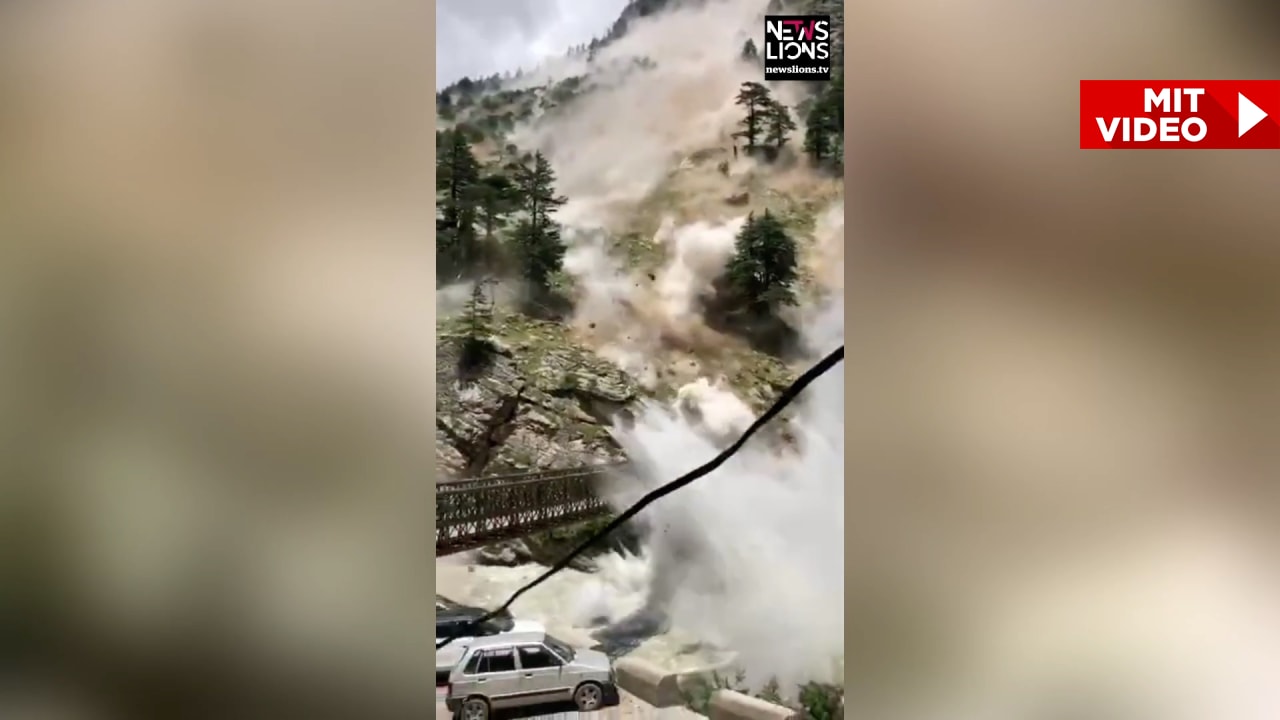 Like cannonballs, countless boulders thundered from a mountain in the north Indian Sangla Valley on Sunday, killing nine tourists. The tour group was sitting in a vehicle when it was smashed by the rubble. Only three people survived the tragedy with injuries.

Dramatic cell phone recordings by an eyewitness show how the meter-high boulders shot down the mountainside with a deafening noise. The observers try to warn bystanders with shouts and whistles. Then one of the boulders is catapulted into the air through a rock curtain and falls on a house.

Several stones crash into a stream at the foot of the mountain, causing fountains that are meter high. The eyewitnesses escape into a house and when they dare to look out the window, they are faced with an incredible sight: A single boulder rushes down the slope, turns in the air and then hits a bridge with full force – the metal structure collapses on impact and falls into the stream.

What caused the rock fall is still unclear. India’s Prime Minister Narendra Modi (70) expressed his condolences to the victims and promised state support to all those affected.