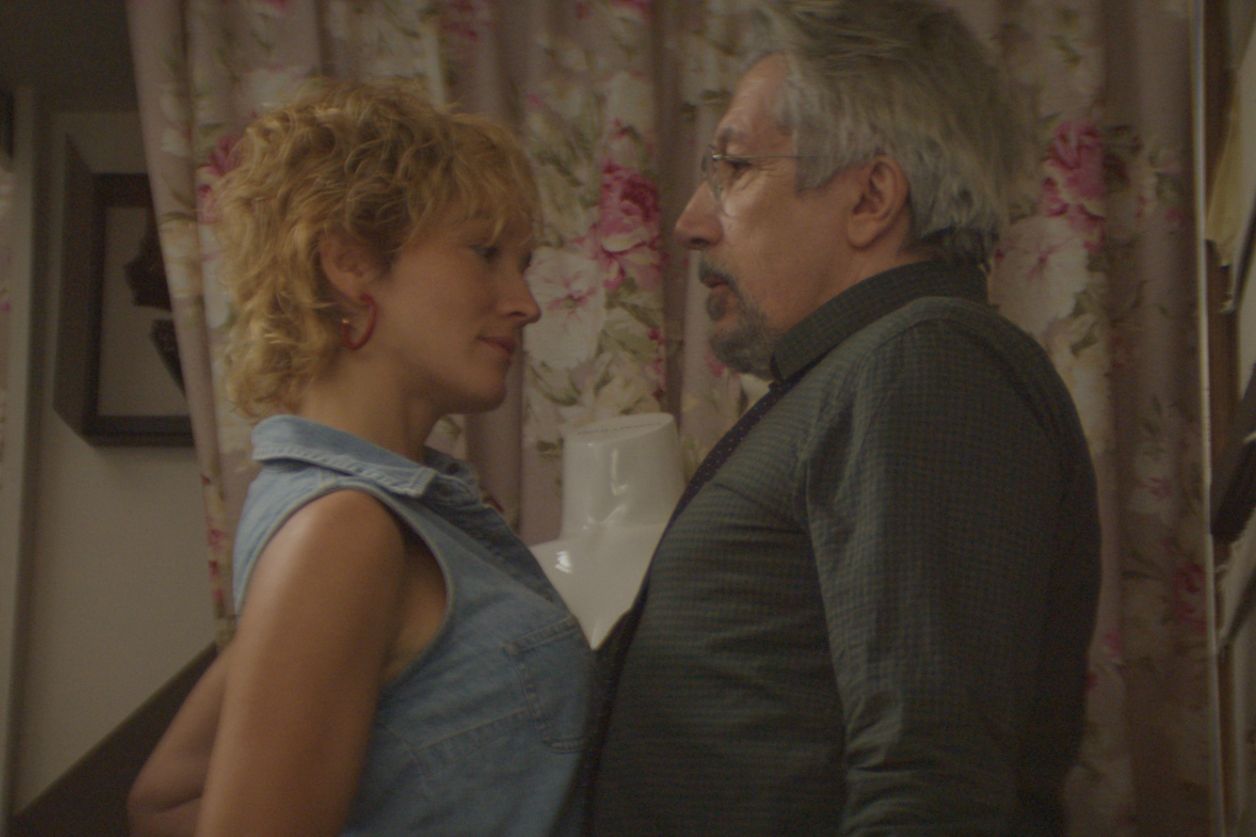 Difficult to write about a film when its plot is based on two springs that the synopsis and the trailer are careful not to disclose, staging the non-disclosure with a delightful art of dodging. Two couples, two mysteries. Central, the first, trained by Alain (Alain Chabat) and Marie (Léa Drucker), visits a shabby house that is too big for them, which they nevertheless plan to buy. For the real estate agent, the “highlight of the visit” is located in the basement. Skeptical, Alain and Marie follow him, astonished by the sudden emphasis of this man who until then has been sober in his role. He invites them to accompany him in a conduit that sinks into the depths under the house. Dumbfounded, future buyers gradually discover the totally extraordinary properties of this concrete hose.

Since the title of the film borrowed from Jacques Martin’s show of the early 1980s, Quentin Dupieux has been playing with kitsch. He combines with Jeanne (Anaïs Demoustier), an overexcited woman devoid of any filter, and Gérard (Benoît Magimel), a business manager with masculine assurance and ostentatious success, who form the second couple in the film. During a dinner in the new house of Marie and Alain, Jeanne announces to them “a crazy thing”. The lifted secret puts them more uncomfortable than it delights them. It will not be to the taste of all spectators, even if it turns out to be more funny than vulgar. Marie categorically forbids Alain to reveal theirs.

The director plays with these mysteries for a while. At the opening of the film, Alain and Marie, facing the camera, don’t know how to bring up the subject, for fear of being taken for fools by an off-screen interlocutor. The feature film intertwines different temporalities before disclosing all of the specificities of the famous conduit. This delicious expectation leads to the intersecting stories of how these uplifting novelties impact the lives of the two couples.

Incredible but true is a fantastic fable with an economy of means that gives more force to the subject. As in the tale of Thousand and one Night where Aladdin grants wishes, those of Marie, never formulated, and of Gérard come true, which he has given himself the means to accomplish. Their pathetic and so banal common point? Wanting to counter the passage of time. Quentin Dupieux mixes normality and absurdity, realism and burlesque, to probe with acuity under a schoolboy exterior the youthful and virile obsessions of our society. The farce tinged with melancholy turns slowly into a nightmare.