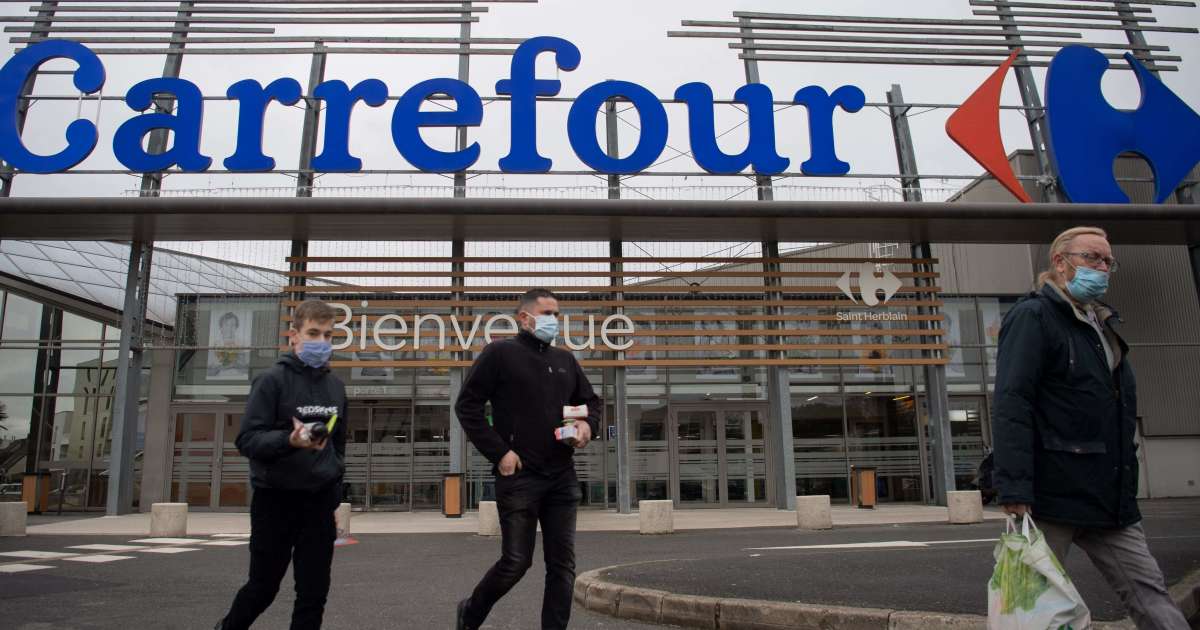 “We are in total vagueness”, regrets Régis Dorin, responsible for the Intermarché express de Vincennes. While Jean Castex announced Thursday, January 14 the advance of the curfew to 6 p.m. for all of France, supermarkets must adapt. But difficult to predict for now, “We see and organize ourselves day by day”, emphasizes for his part Jordan Colas, manager of a Carrefour City in Toulouse, fatalist. In supermarkets, several solutions are already advanced.

Races, sporting activities … Everything you can do or not from Saturday 6 pm

One of the solutions considered is to extend the opening hours in the morning. Régis Dorin expects to open half an hour earlier, at 7:30 am instead of 8 am. A practical opening, according to him, “For those who would like to come outside the busy days, on Wednesdays and weekends”. It also plans to “Reorganize the teams” to cope with a possible influx of customers during the day.

If the curfew is not enough, “the re-containment remains an option”, warns the executive

Bet on the drive

Focusing on drive and deliveries seems to be the preferred solution in several supermarkets. During the first containment, online orders had “Almost quadrupled” at the Intermarché express in Vincennes.

Drive, home delivery: “These new habits will be perpetuated” after the Covid-19

At Carrefour City in Toulouse too, we are counting on deliveries to offset the drop in turnover, “Inevitably generated by the advanced curfew”, emphasizes Jordan Colas. If the store will close its doors to customers on Saturday at 6 p.m., deliveries may be extended for two hours. “We are already anticipating an explosion of orders because people will no longer be able to come after work to come and do their shopping. “

Organize yourself in the face of crowds

Régis Dorin and Jordan Colas are already observing an unusual influx of customers during lunch breaks, between 12 noon and 3 p.m., then again just before closing, from 5 p.m. to 6 p.m. ” We feel that people are rushing to do their shopping ”, says the manager of Toulouse.

Snowball effect feared by experts, the crowds in supermarkets on Saturday and Sunday. The guards at the entrance are responsible for ensuring that the rule of 8 square meters per customer is respected. ” If it’s crowded on the weekends, we’re going to have to take action to enforce the gauge. As in the first confinement, you may have to queue outside ”, concludes Régis Dorin.