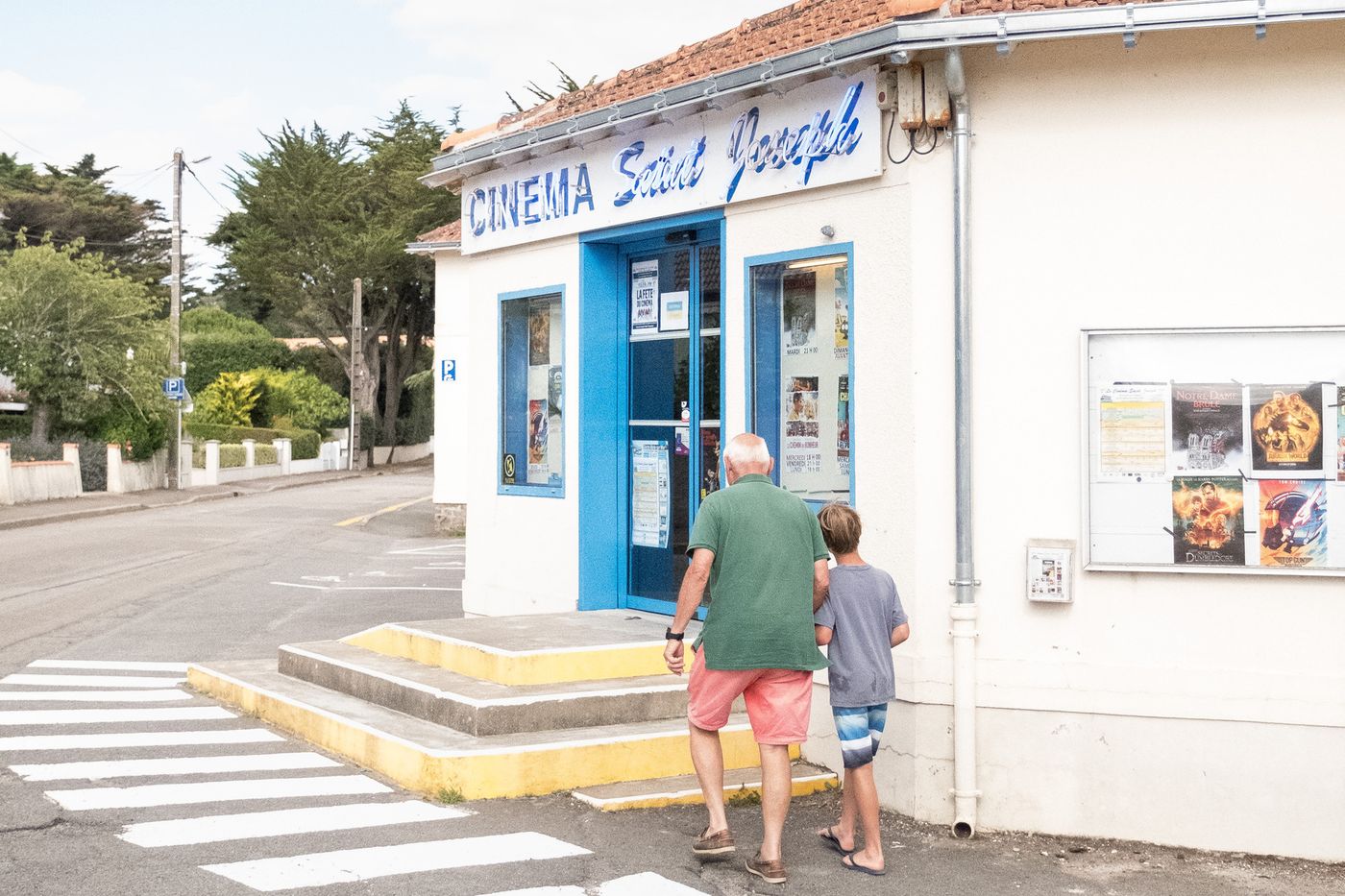 Its white facade with blue windows goes almost unnoticed. Adjoining the school of the same name, the Saint-Joseph cinema in Pornic (Loire-Atlantique) nevertheless has great ambitions. That of offering programming for all audiences that does not exclude demanding films. “We go from Georgian film to American blockbuster»confirms Stéphane Juille, secretary of the association which manages the cinema.

This unique room with comfortable red armchairs (185 seats) welcomes up to 17,000 spectators a year. It is a hit in July and August, with a very family audience and programming geared towards children. Dominique Saunier, a former librarian in the Paris region, is one of the regulars. In the summer, she happily takes her grandchildren there. The rest of the year, like many retirees, she benefits from the cutting-edge programming of the “Saint-Jo”, labeled art and essay. Schoolchildren and residents of retirement homes are also welcome.

Founded seventy years ago, this cinema still operates exclusively thanks to volunteers. About thirty people take turns to hold the cash register, clean the premises, establish a program, stick up the posters, distribute the programs… “When I left Paris for Pornic, I was afraid of settling in a cultural desert», says Marc Porée, who worked in human resources. Today, he happily runs the cinema cash register, this “cocoon” open every day of the year, for two to three screenings (3 p.m., 6 p.m., 9 p.m.).

Two volunteers take care of the programming. “We keep abreast of all the films that come out and we establish our program over several weeks.says Stéphane Juille. Some distributors are very demanding. They can ask to show a film six times a week at different times. Not easy with just one room! » Like 24 other cinemas, it relies on the scheduler Sud Ciné to have more influence with distributors.

For two years, due to the pandemic, cinema attendance has been decreasing, as everywhere else in France (22% fewer spectators between 2019 and 2021). But the team struggles to multiply the events: detective film festival, port areas, Palestinian film week, broadcast of operas or plays from the Comédie-Française, monthly presentation of a great cinema classic, bimonthly presentation from a film based on a book with the local library…

“A place that we tend to appropriate”

“This cinema has a soul because it is a place open to discovery, discussion and encounters, sums up Daniel Gouraud, its 62-year-old president, a volunteer since the age of 16. I couldn’t make a career in cinema, so I went to meet the projectionist at Saint-Joseph and he was the one who taught me everything.” continues this enthusiast. Claudine Bourgeois, a retiree who recently moved to Pornic, frequents the Saint-Joseph several times a week and appreciates the good atmosphere between spectators. “We always give each other our impressions at the exit», says this cinema enthusiast, who is particularly demanding on programming.

“It’s a place that we tend to appropriateconfirms Stéphane Juille. We have a good listen. No one speaks during the session!» The popcorn machine, removed since the Covid-19 epidemic, may not reappear to preserve this tranquility. Confectionery will still be out this summer.

“It’s nice to see parents come back with their children, when they themselves went to the cinema when they were little», points out Daniel Gouraud. Its attendance will be, like every summer, in tune with the sky. “As soon as the weather is not nice enough to go to the beach, the room is fullsays Dominique Saunier. Rainy summer… happy cinema! »

The association that has operated the cinema since its inception is called the Union fraternelle Sainte-Marie-sur-Mer. A priest had founded it in 1952 in a former class of the Saint-Joseph school. It has long shared its premises with a theater company. Closed in 1998 for security reasons, the cinema was completely renovated in 2002 thanks to the sale of adjoining land.

It has gone digital but still has a 35 millimeter projector, which two volunteers know how to use. The premises no longer belong to the bishopric and the parish priest no longer has the right to oversee its programming as in the past. The cinema, which lives mainly on admissions from spectators, does not broadcast any advertising, but short films (if the film lasts less than two hours).