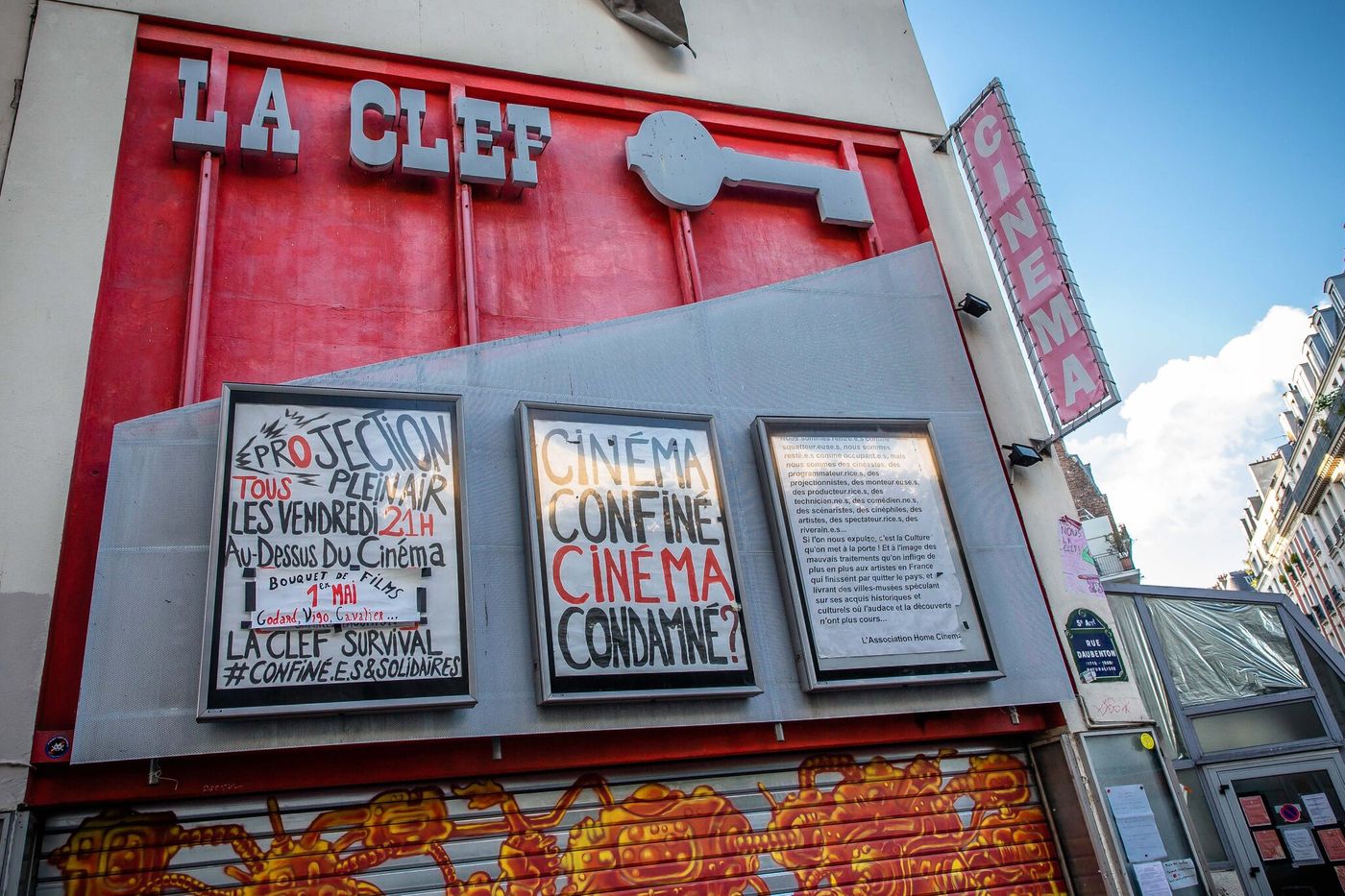 The militant act has no time. Rue Daubenton, in the 5th arrondissement of Paris, at 6 a.m., at the La Clef cinema, the bustle contrasts with the calm of the neighboring streets. The members of the La Clef collective, who (illegally) bring the place to life, welcome the first visitors wrapped up in their scarves and down jackets to face the morning cold and set up breakfast: croissants, pain au chocolat and coffee.

A sign on the sidewalk announces today’s session: “6:30 a.m.:Go Fish », an American lesbian film by director Rose Troche. About fifty motivated amateurs testify to their solidarity with the place. Indeed, the hours of the La Clef cinema are counted, the police have been ordered to leave the premises. And it’s the entire Latin Quarter, film buffs and students, who are trying to save the last associative cinema in France.

→ INVESTIGATION. In Paris, the La Clef cinema is looking for a future

Officially closed in 2018, the cinema survives (and fights) thanks to a citizen collective made up of a dozen young people who have occupied it since September 2019. They come from all walks of life. Chloé is a master’s student in cinema, Thomas is a director, others are simple cinephiles or independent producers. Together, they established, behind the facade with a very 1970 look, a headquarters of cultural resistance, supported among others by Mathieu Amalric, Annie Ernaux, Leos Carax and Céline Sciamma. The goal? Oppose the takeover of the place, signed in 2019 by the SOS collective, an actor in the social and solidarity economy, suspected here of carrying out a real estate transaction.

A wind of irreverent freedom blows behind these walls. It is a cultural ZAD, a zone to be defended, in which the members barricade themselves behind the images and resist with the blows of projections. Early in the morning and late in the evening, in the rooms upstairs, they project experimental films, forgotten classics, works that no one talks about anymore.

On the ground floor, the common room looks like a large, summarily furnished room: leather armchairs, formica chairs, velvet sofas, a few side tables. A mismatched and friendly set. “It’s more than a cinema, it’s a living space, with a library, a café. In the evening, we open a bar »explains Chloé, an active member of the collective who, when she is not serving coffee, “gives entry tickets”.

In a trendy atmosphere, the occupation looks like “Night up”, even if everyone lives the moment in their own way. “It’s the first time I’ve come at 6 am, it’s great all this fervor, this happy activism”, rejoices Maxime. And when some are chatting, continuing their night on an armchair, a young man strikes a few chords on the piano and two others start a game of Scrabble. They may already be thinking of the word resistance, a famous 12-point shot! “We want to share a moment of occupation. I am very moved to see that some only come for half an hour, between friends”, says Thomas.

Between the two parties, the dialogue broke down

But the occupation is illegal, the moments of happiness counted. The outcome has never been so close. The administrative court “enjoined the State to issue the assistance of the public force “, Reports the Ministry of Culture. The two parties, the SOS collective and the La Clef collective are engaged in a political and cultural war. One wants to invest ” his “ places, the other never to leave so that the soul of independent cinema endures.

→ REREAD. Cinemas, places “to dream together”

The dialogue broke down as to the future of the place. Will there remain an independent cinema? “We are not looking for profitability but we will have to find a model that allows it to be in balance”, underlines Nicolas Froissard, in charge of the file at SOSwho assures “sustainably preserve an associative activity of independent cinema”.

For Thomas, an active member of the collective, on the contrary, the future of La Clef “is already drawn. The Key is saved. It is a viable project, with no logic of profitability, which has become, over time, more than a cinema: the symbol of mobilization, support for young filmmakers. »