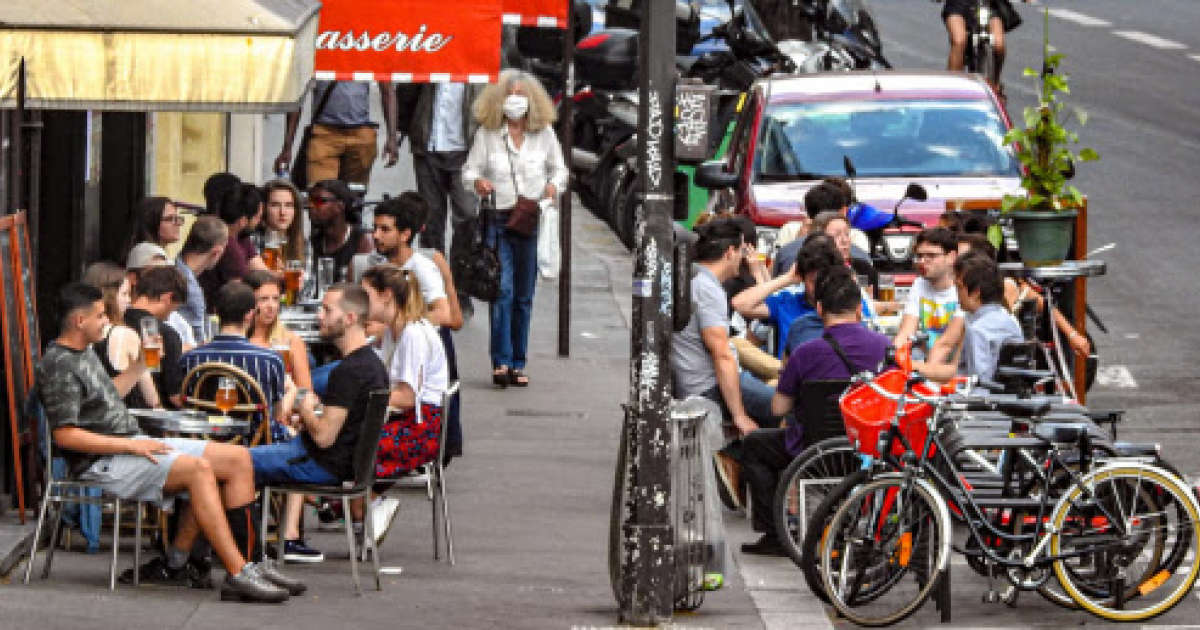 They will no longer be “Ephemeral” But “Summer”. The terraces that Parisian restaurateurs have been authorized to install free of charge since March 2020 will be available every summer, from March 15 to October 15. But these summer terraces will be paying from September 30, announced Sunday, June 6 on Franceinfo Franck Delvaux, president of the Union des Métiers et des Industries de l’Hôtellerie Paris-Île-de-France (UMIH).

Go back to the terraces and talk about… Marine Le Pen

While the City of Paris presents this Monday, June 7 its reform of the regulation of displays and terraces, Franck Delvaux presented the negotiated rules to obtain the sustainability of the terraces. “We have been negotiating for many weeks, even months, with the Paris City Hall. We can say that we arrive at a result that fully satisfies us. There was a need to regulate them ”, he rejoices.

From now on, the summer terraces will be chargeable. Variable prices depending on the size of the terrace and its location, and which will only apply from September 30, “Which will allow the profession to work all summer with free rights”, said Franck Delvaux, without giving a price range for the future. ” The difficulty for our professions, it will be the start of the school year. We don’t know what will be in September. “

Arthur bought his brewery in full confinement: “I knew it would be complicated but I was confident”

The summer terraces will also close earlier than the classic terraces, at 10 p.m. A decision taken in consultation with local residents’ associations, which aims to limit noise pollution in the neighborhood.

While some restaurateurs will have to abandon their terraces because of the additional cost, this sustainability should allow many of them to keep their storefronts alive every summer. “Today when we move around Paris, the terraces are full. It really is the art of living. This is what brings tourists to Paris. “