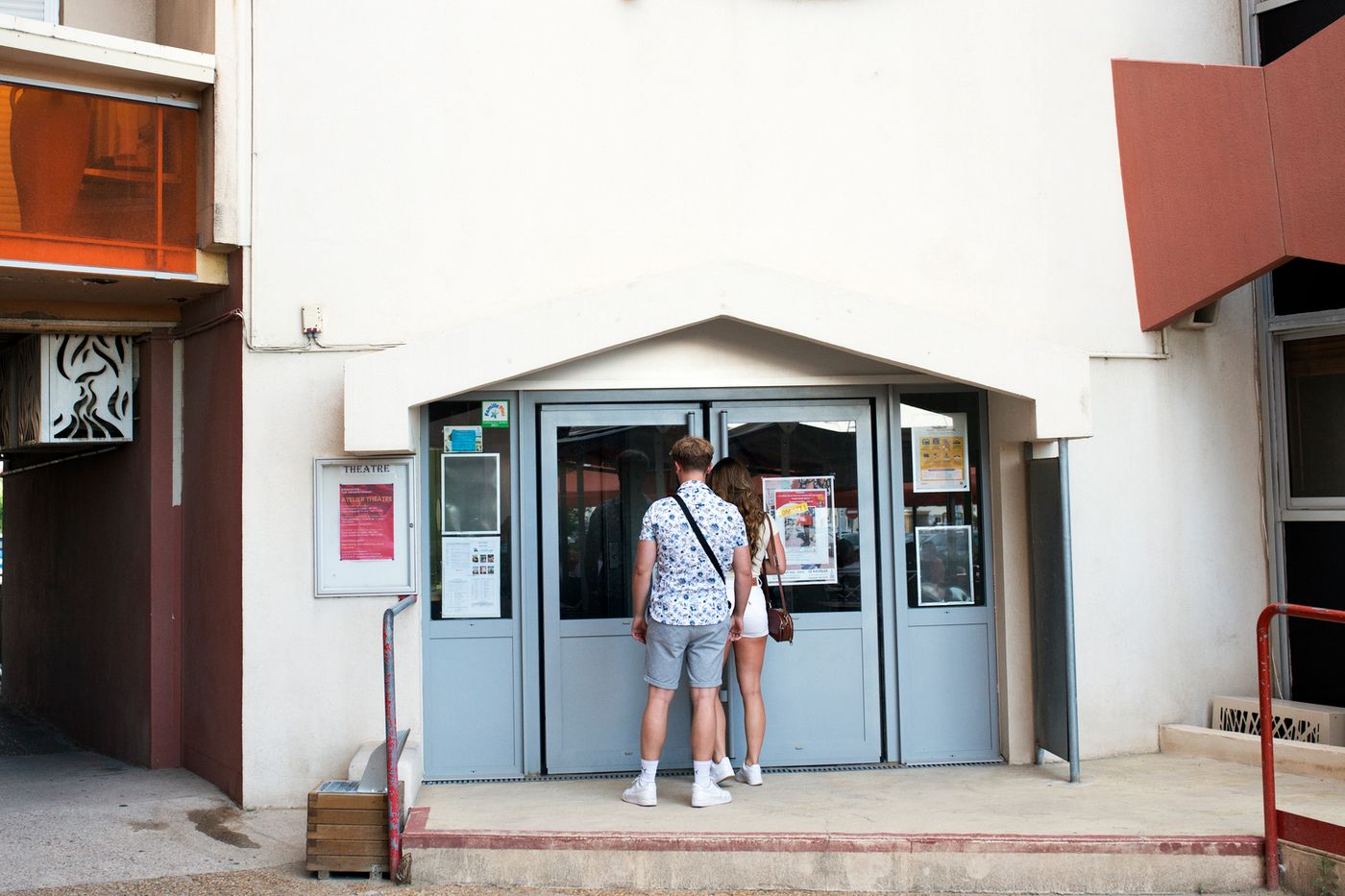 In the memory of Palavasiens, cinema sessions have always been part of the holiday ritual. In this former Hérault fishing village, located on a narrow strip of sand between the ponds and the Mediterranean, they were originally organized outdoors in the courtyard of the Sainte-Florence school, just behind the Saint-Florence church. Rock.

We were in the 1950s and, on the initiative of Abbé Brocardi, the films were projected on a rectangle of white paint. Summer visitors, most of whom came from Montpellier by the little train, were cheerfully devoured by mosquitoes all evening long. Since the reconversion into a seaside resort in the 1960s, the “cinema of the priest” has given way to a permanent municipal hall, housed in the graceless buildings that line the seafront, very close to the marina.

Within easy reach of summer visitors

Wedged between an ice cream parlor-restaurant and the town hall, the Nautilus has the particularity of being undoubtedly the only cinema in France to have a “sea view”. Three large bay windows, usually hidden, line the rows of seats in this imposing 210-seat room. “Since we don’t have any advertisements or trailers, it happened to me to make viewers wait to open the blinds. The show is guaranteed! », laughs Jean-Philippe Marin, whose association Cinéplan has managed the establishment for twenty years.

Two sessions per day all year round, on Wednesdays, Fridays and Sundays at the end of the afternoon, and a room, facing the beach and the beach volleyball courts, within easy reach of summer visitors, whose population is increasing by more than ten (from 6,000 to 70,000) during the summer. All you have to do is put on a piece of clothing over your jersey, put on your flip-flops, climb the two floors, passing in front of the old 35 mm projector installed on the stairs, to reach the room. There, a single blue seat in the middle of the red rows reminds us that it was Jean Marais who inaugurated the place, at the dawn of the 1980s.

If, here as elsewhere, attendance is uneven, “we still happen to have sessions with 70 or 80 people”, welcomes the manager. During the holidays, with a program adapted to the public, going to the cinema as a family remains a privileged moment. Especially when the session takes place under the stars.

The specialty of Jean-Philippe Marin who, with his traveling cinema structure, criss-crosses the two departments of Gard and Hérault to put the 7e art within everyone’s reach, including the inhabitants of the villages in the hinterland. In summer, it deploys its inflatable screens, made to measure by a French beach games company, all along the coast, from La Grande-Motte to Marseillan and Vias, at the other end of the Etang de Thau.

Outdoor screenings, sometimes organized on the beach, are the most convivial and take on the air of Cinema Paradiso. “Like in the film, people come at the end of the session to congratulate you as if it was you who made the film”, enthuses Jean-Philippe Marin. With his white vans carrying his six mobile equipment, he and his projectionists are constantly on the road.

“We are a bit of a showman at the cinema, which means that we are not always well regarded, he explains. However, it is the very origin of cinema. » With this share of uncertainty and improvisation that the pioneers of the genre must have known and which, despite his thirty years of experience, still gnaws at Jean-Philippe Marin’s blood. “We are like show managers. Our job is to settle the mess so that at the appointed time everything works. » And let the magic happen…

At La Grande-Motte, 1,550 spectators in a single session

Minions 2, Once upon a time Gru, released on July 6, should be the highlight of outdoor screenings this summer. It was with the first part of this animated film that Jean-Philippe Marin and his itinerant cinema broke a record: that of the greatest number of admissions in a single screening. In the summer of 2015, 1,550 spectators attended the screening organized in the open-air theater of La Grande-Motte, with a total capacity of 1,800 seats.

“No cinema, with the exception of the Grand Rex, can hold so many spectators”, he explains. That evening, the crowds almost overwhelmed the organizers and forced them to open three boxes simultaneously to absorb the flood of families who had come en masse. The proof that cinema “remains a unique collective experience”.