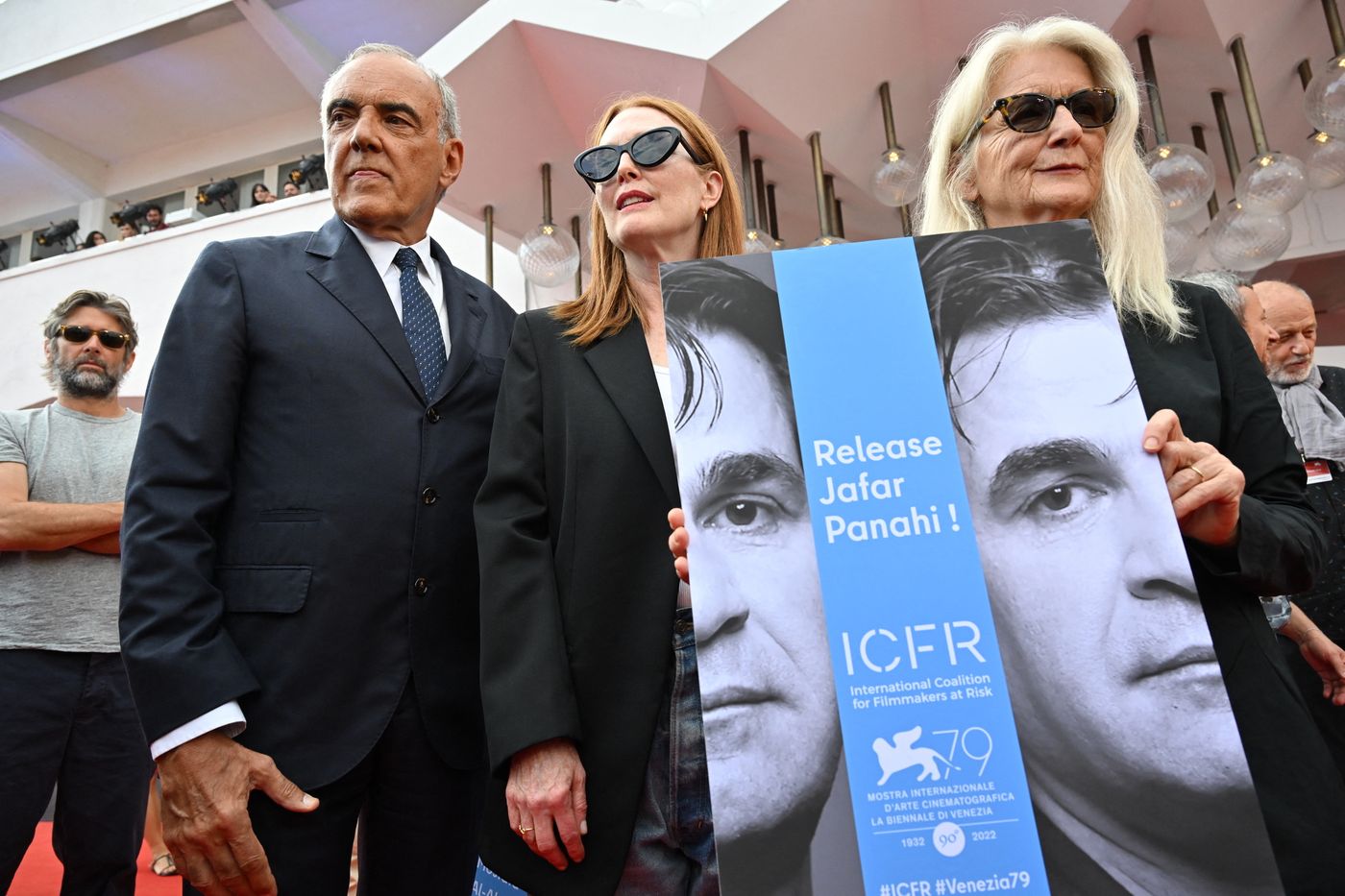 It was from Evin prison in Tehran that Jafar Panahi, Mohammad Rasoulof and their colleague Mostafa Al Ahmad watched helplessly as their country was set ablaze. “They are in good health”, testifies Michèle Halberstadt, the distributor ofNo bearsJafar Panahi’s latest film released in France on Wednesday. “Although they are obviously frustrated to be inside with what is happening outside. »

In early November, Jafar Panahi, whose film won an award at the Miami Film Festival, managed to send an audio message to the organizers. He said he was dreaming, in the current situation of his country“to be with (his) people and portray their struggle for freedom,” Hoping “that all his wishes will come true”.

The arrest of the three men in July, even before Mahsa Amini’s death, was one of the first signs, perceptible abroad, of a change in the regime’s attitude. Committed and protesting filmmakers, under the influence of a sentence not carried out since 2009, forced to shoot in hiding, they knew they were on borrowed time.

“The Islamic Republic has always had a paradoxical relationship with cinema”

“From the election of Ebrahim Raïssi in June 2021, we knew that a hardening was inevitable but we did not know when or on whom it was going to fall, explains Asal Bagheri, teacher-researcher at Cergy Paris University and specialist in Iranian cinema. Some time earlier, there had been raids by the police on some twenty documentary filmmakers, seizures of equipment and arrests.Then, during the Cannes Film Festival, the regime asked Saeed Roustayi to cut certain passages from his film Leila and her brothers, which he refused, condemning the film to never be released in Iran. »

Known figures, often popular in their country, filmmakers are particularly in the crosshairs of the authorities. Since 1979, they have been subject to a very restrictive censorship regime. This has not prevented Iranian cinema from prospering and its films from being very present in international festivals, whether they are made within an authorized framework, like those of Asghar Farhadi, or underground. “The Islamic Republic has always had a paradoxical relationship with cinema, Asal Bagheri analysis. Because it is a means of entertaining the people who are fond of it and of showing the West that Iran is a sovereign, modern country capable of producing good films. »

“For them, leaving the country means dying”

The directors took the opportunity to bear witness to the evolution of Iranian society, while skilfully playing with the red lines of more or less strict censorship depending on the period. “It produced a creative and suggestive cinema where, basically, what we don’t show and say is more important than what we see in the image, believes Asal Bagheri. But any Iranian spectator is able to decode the signs. »

With the tensions expressed in Iranian society since 2009, amplified by a violent economic crisis, the filmmakers, seismographers of their time, came up against the regime more directly. When they did not engage with the demonstrators.

Few of them have chosen exile, despite the threats hanging over them and their families. The question is at the heart of Jafar Panahi’s latest film, testifying to the state of despair of the inhabitants. The director puts himself in the scene refusing to cross the border, like a final snub addressed to the authorities of his country. “What is striking about Panahi or Rasoulof, notes Michèle Halberstadt, it’s that they’d rather be in prison than leave. For them, to leave their country is to die. »

In a statement sent from prison to the Venice Film Festival, these two filmmakers affirm: “For us, to live is to create. While some are banned from making films, others are forced into exile or reduced to isolation. And yet, the hope of creating again is our raison d’être. »