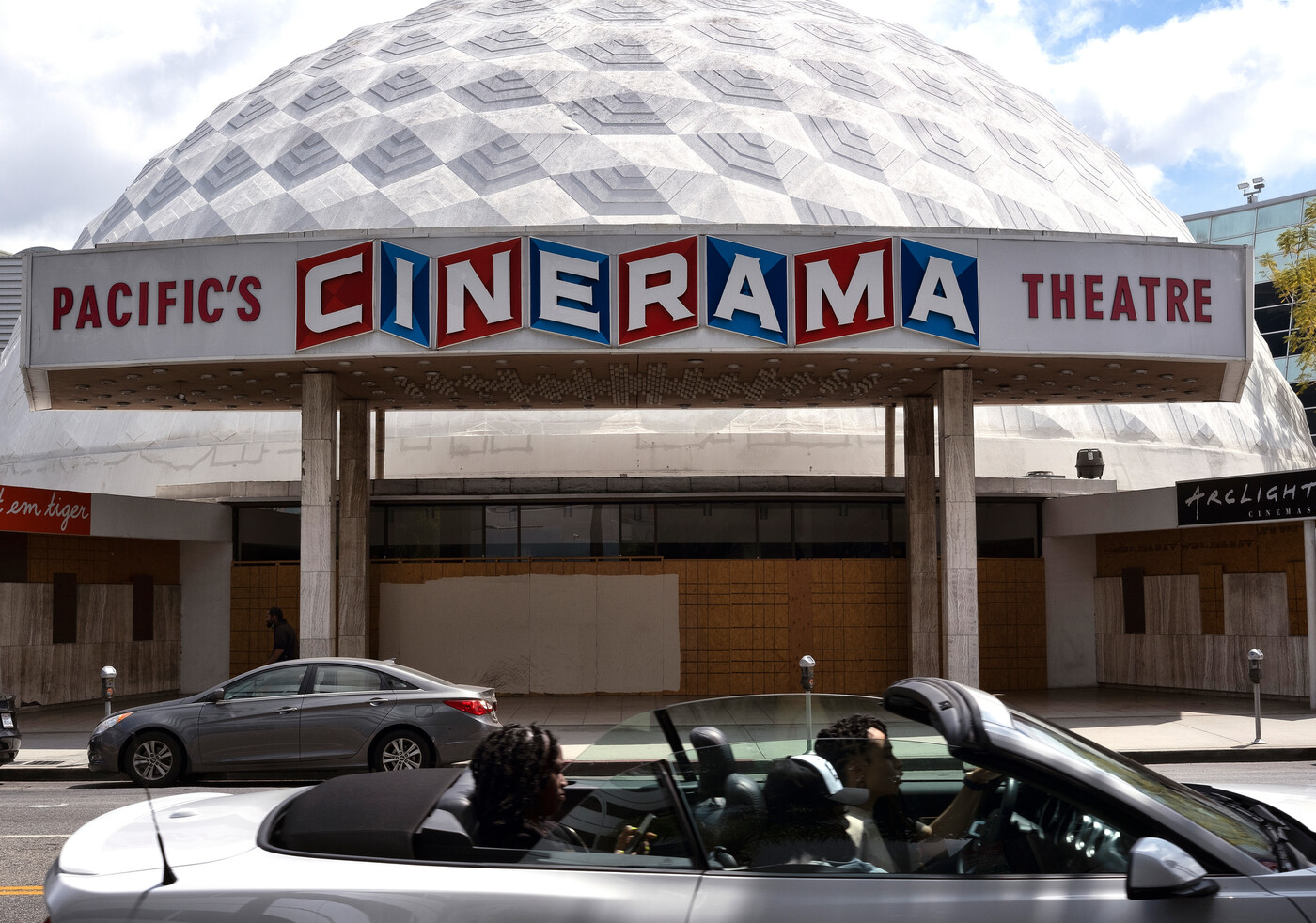 It is a jewel in the history of Hollywood that is disappearing. While Los Angeles has just reopened its cinemas, the famous Cinerama Dome, it will not have survived the pandemic. On April 12, its owner, the American group Decurion, which owns the ArcLight Cinemas and Pacific Theaters circuits, announced that this legendary Hollywood cinema and 300 other theaters would remain closed indefinitely, due to significant financial losses linked to the financial crisis. Covid-19.

Heartbreaking for the locals

A heartbreak for thousands of Angelenos, attached to this historical-cultural monument of Hollywood. Opened in 1963, on Sunset Boulevard, the 800-seat cinema, recognizable by its odd geodesic roof, typical of futuristic “Googie” architecture, was an essential place for Los Angeles moviegoers.

“The Cinerama Dome was renowned for the exceptional audiovisual quality of its screenings, tells, nostalgic, Ben Steinberg, young actor of 21 years and great regular of the place. There was always a whole bunch of professionals from the film industry there. I saw Tarantino wandering the halls, and Christopher Nolan going out with his family. “

Saddened by the closing of the theater, the passionate film enthusiast launched an Internet petition to save the Cinerama Dome. Go viral, the text has already collected more than 23,000 signatures and has been shared by many industry professionals on social networks. But the future of the Hollywood theater remains very uncertain, like hundreds of others in Los Angeles and the United States.

Rumors of takeover by Netflix, Apple or Disney

“Movie theaters in the United States were already in a fragile situation even before the pandemic struck”, notes Gene del Vecchio, professor of marketing at the University of Southern California (USC) and specialist in the entertainment industry. “The Covid-19 crisis has only accelerated their decline, which has become inevitable, in the face of competition from streaming platforms. “ Ironically, more and more press and industry professionals are now raising the possibility that Amazon, Apple, Disney or even Netflix will buy these heritage rooms threatened with permanent disappearance.

→ REPORT. The Grand Rex wants to regain its former splendor

A scenario that has already come true for the Egyptian Theater in Los Angeles: in poor financial health, this temple of Hollywood cinema – founded in 1922 and famous for having hosted the premiere of The gold Rush de Chaplin – was in fact acquired by Netflix in May 2020. The streaming juggernaut plans to organize the launch of its own films there.

The platform is not at its first attempt: in November 2019, it had already acquired the Paris Theater in New York, another iconic cinema, abandoned a few months earlier. Coincidentally, Netflix’s Hollywood campus, home to its creative offices, is located just a few yards from the Cinerama Dome, which is now fueling speculation within the film industry …

Rather than resolving to be bought back by video-on-demand platforms, cinemas also retain the option of seeking solutions and attempting to “reinvent themselves”. Professionals recently discussed the possibility of making cinema halls profitable by installing food trucks gastronomic. Other rooms could be inspired by the Cinemark chain which, since the pandemic, offers private cinema screenings: for 99 dollars (around 80 €), the company now offers its customers the possibility of renting an entire auditorium.

In Hollywood, however, these strategies to make cinemas profitable at all costs to the despair of many moviegoers. “I don’t want a studio to buy a venue in order to show its own productions, journalist Nita Lelyveld explained a few days ago, in a column of Los Angeles Times. Now that Netflix owns the Egyptian Theater, I’m afraid the ticket price will go up. “

As for the Cinerama Dome, it has “No need to improve. It is not necessary to install more comfortable sofas, nor to offer steaks to eat during the screeningshe writes. This is what I ask anyone who would like to buy back my favorite cinema: save it but don’t reinvent it. ”