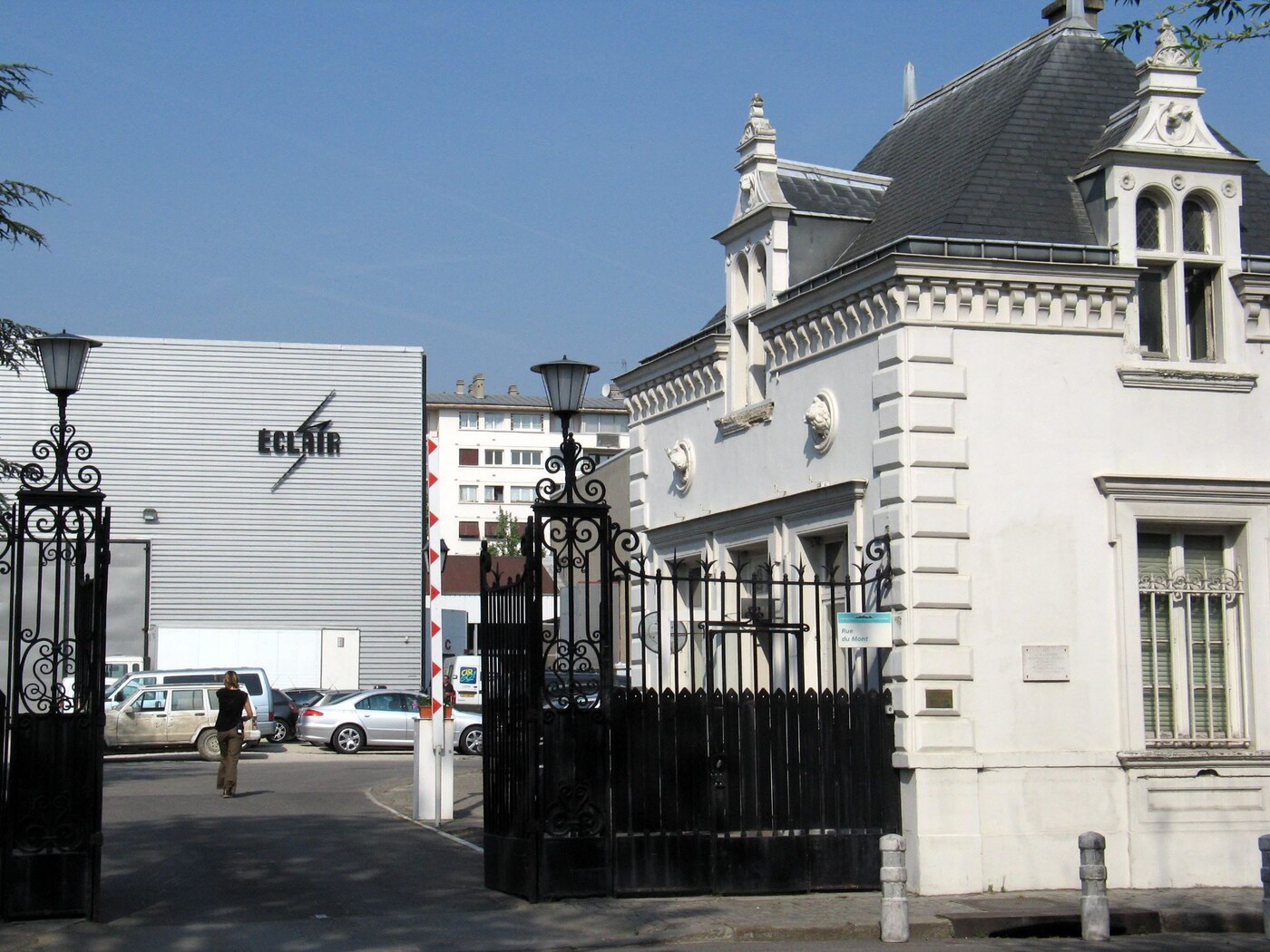 Affected by numerous debts, in bankruptcy, the Éclair laboratories definitively closed their site in Épinay-sur-Seine (Seine-Saint-Denis) in 2013. Abandoned for almost 5 years, the space was then bought by the town hall in 2018. Today, the goal is to make it a place bringing together multiple cultural activities.

Since their creation in 1907 by Charles Jourjon and Marcel Vandal, the premises of the Éclair laboratories have hosted major French film productions. Successful films have been shot in such production studios as The Tontons gunslingers by Georges Lautner or The dinner of idiots by Francis Weber. The site remains a monument of French production, a heritage of the 7e art.

Today, the industrial wasteland, which is located near a residential area, appears to be abandoned. Spider webs and dust decorate the walls of the old kitchen. On the facades of some premises, nature reclaims its rights. The bitumen is in poor condition with many holes which may have failed to cause falls … The task of renovating the place looks perilous.

The production premises bought by the town hall for the sum of 6 million euros offer a space of four hectares, one of which is entirely wooded. For the city of Épinay and Plaine Commune (the inter-municipal structure), the objective is to implement a cultural conversion while respecting biodiversity and the environment.

The opening scheduled for 2022

The purpose of this operation, ” is to be able to welcome as many people as possible who are linked to the world of culture »Specifies the centrist mayor, Hervé Chevreau. Located about ten kilometers from Paris, the site will open up to the world of culture by hosting associations, theater groups, dances or even the rehearsals of rap groups. The site will appeal to the creation of citizens: a space will be dedicated to them in a reserved room.

Beyond the artistic aspect, the teams linked to the project want the laboratories to become a place of exchange and meetings. The place would like to be accessible to all, the mayor makes it a priority: ” Culture shouldn’t be about money He adds.

However, the entire site will not be freely accessible, some activities may be chargeable. The rental of premises for visiting artists will bring the municipality a meager financial gain. To eat on site, the old production site will see its renovated canteen supplying cultural players. The designers of the reconversion aspire to a gradual opening from 2022 and a site fully open from 2028.

The Éclair site is organizing a free access visit open to the public on Saturday April 10 from 7:30 p.m. to 11:30 p.m. (according to current health regulations). Visitors will follow a circuit organized by the composer Nicolas Frize. The presentation orchestrated by the musician will be lit by large projectors and luminous arrows on the floor.

For this event, Nicolas Frize has planned to mix visual and auditory arts by relying on the natural space that surrounds the Éclair laboratories. Visitors, through proposed activities, will be brought to animate the evening; they will participate in the show themselves.