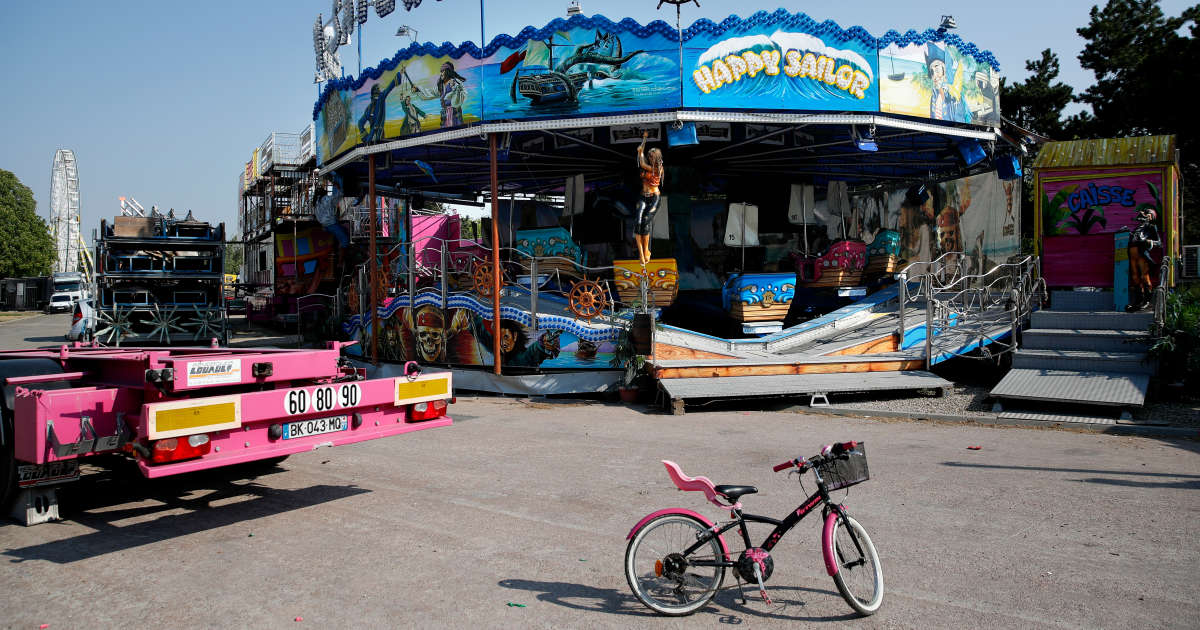 They see themselves as ” those forgotten by the health crisis “. The fairgrounds demonstrate this Monday, October 12 in the form of snail operations in several cities in France. In Paris, they met at 8:30 am on the Cours de Vincennes. They initially planned to head towards the ring road, then the A6 motorway, up to the Saint-Arnoult-en-Yvelines toll, according to “le Parisien / Today in France”.

The fairgrounds gather in the Cours de Vincennes before their meeting in Bercy at 1pm. They promise to disrupt the circulation… https://t.co/GUctgYbvWr

Many fairgrounds have been canceled due to the pandemic, starting with the Foire du Trône and the Fête des Loges. The turnover of fairgrounds therefore collapsed. ” The fairgrounds are going through a major crisis rarely experienced until then and find themselves in deep distress », Writes the French Federation of Fairgrounds (FFF) on his Facebook page.

Cours de Vincennes, the blockade of fairgrounds has continued since early this morning. https://t.co/uLxibN7v7f

According to the FFF, there are double standards, since shops and many amusement parks are authorized to open:

“Even though traders are authorized to open, the profession is questioning the reasons why they, itinerant traders, are not authorized to welcome their public. Why such a difference in treatment between traders and fairgrounds? “

” However, this profession represents 50,400 fairground people and 200,000 direct or indirect jobs. », Continues the FFF. In addition to better consultation with the authorized, the fairgrounds ask “Support and compensation measures commensurate with the losses suffered “,” the creation of a universal solidarity fund to survive ” as well as “ cancellation of charges, space fees due to municipalities and VAT “.

The fairgrounds have been blocking Bordeaux for 3 hours! An endless number of trucks in front of my house. They look determined… https://t.co/4dewFYwq87

Or in front of the Rouen prefecture:

The #forains arrive in front of the #SeineMaritime prefecture in #Rouen. https://t.co/zACdyWA7Uu

VTC drivers and coach operators, also affected by the Covid crisis, also carried out gatherings and snail operations in the capital and major cities. The objective: to be heard during the interministerial council on tourism which is to be held this Monday.