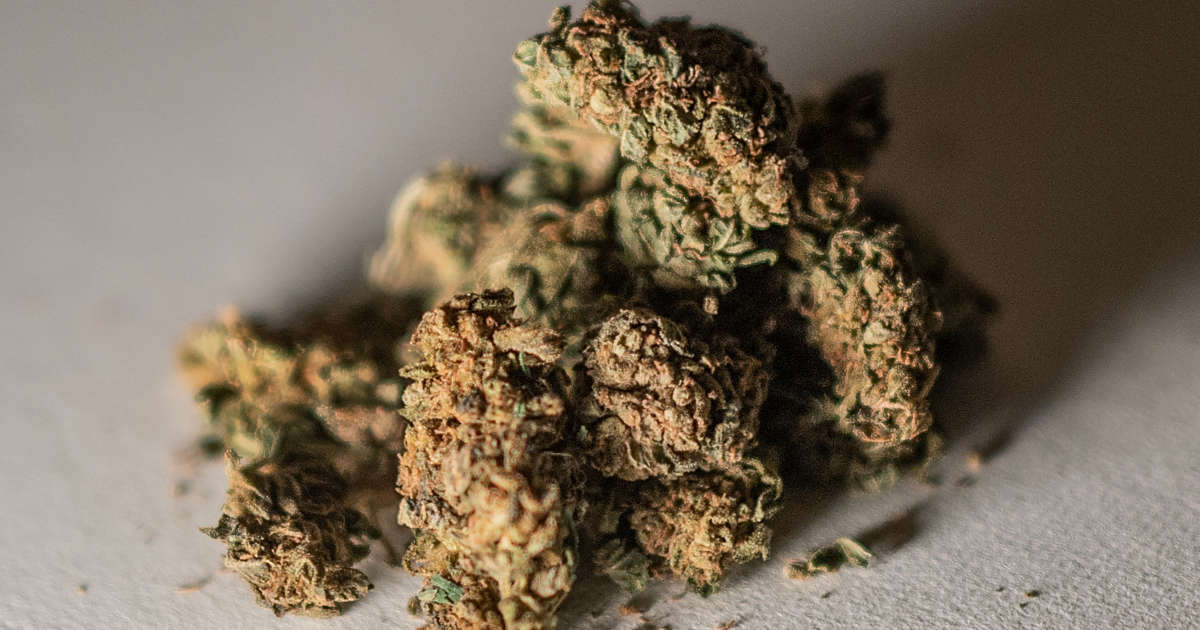 Mixing wine and cannabis: for the first time in France, a Bordeaux entrepreneur made ” the bet “ to combine wine and CBD, a relaxing and controversial cannabis molecule, whose commercialization is increasing in a rapidly evolving legal context.

“We keep the classic effect of alcohol but we add the relaxing effect, relaxation”, explains Raphaël De Pablo, at the initiative of this production entitled Burdi W, presented as “A festive aperitif wine” intended for “Breaking the traditional codes of wine”.

The 28-year-old Bordeaux man has teamed up with a childhood friend, now an oenologist who prefers the shade, to find “The perfect blend” between wine and CBD (short for cannabidiol), the addition of which does not allow the final product to be legally recognized as wine, but as “A flavored wine-based drink”.

The hemp used in the preparation is cultivated in the south-east of the Gironde, on a plot of ten hectares operated by the entrepreneur, a pioneer in the cultivation of “well-being” cannabis. It is then harvested by hand before being transferred to Germany where a laboratory ensures the extraction, prohibited in France, “Of all the molecules of CBD”, specifies the Bordeaux resident who wishes to develop the sector within a legal framework.

In France, the law only authorizes the cultivation and marketing of hemp fibers and seeds. The use of the leaves and flowers of the plant is prohibited. But the legislation surrounding this molecule is evolving. In the name of the free movement of goods, the Court of Justice of the European Union (CJEU) ruled unlawful on November 19 the ban on CBD in France. Because unlike THC (tetrahydrocannabinol), the CBD molecule present in cannabis has no psychotropic effect and is not considered a narcotic, the CJEU said.

“My cannabis is certified from seed to finished product. We work with the Nouvelle-Aquitaine region, the gendarmes, the deputies of the region ”, defends Raphaël De Pablo, trained in the production of therapeutic cannabis after spending two years in Canada.

The manufacturing process of the Burdi W, “Kept secret” due to the competition, combine 250 mg of CBD with a 100% petit verdot single-varietal, produced locally and usually used in the blending of grands crus, for a result combining “Blackcurrant notes” to those of cannabis.

“As a doctor, I hope to prescribe medical cannabis soon”

With its phosphorescent label and silkscreened cap, this CBD-stamped bottle brings together all the ingredients for “To reconcile wine and youth”, analysis Jean-Michel Delile, addictologist and director of the Bordeaux Addictions Study and Information Committee (CEID). “It’s a marketing technique to lure young people”, he continues, recalling that the molecule, which has no “Addictive risks” has virtues “Antiepileptics” and “Anti-inflammatory”. The addictologist warns, however:

Launched via a crowdfunding platform, production of Burdi W reached 10,500 bottles, sold for 34 euros per unit in pre-order. Nearly 108 customers have already tested the product, for the moment only offered on the internet.

“There is a real market”, confirms Raphaël De Pablo, who records “More orders abroad than in France”, where a direct competitor in Napa Valley, California, posts prices “Ten times higher”.

“A source of income like any other”: this cannabis traffic that flourishes in the countryside