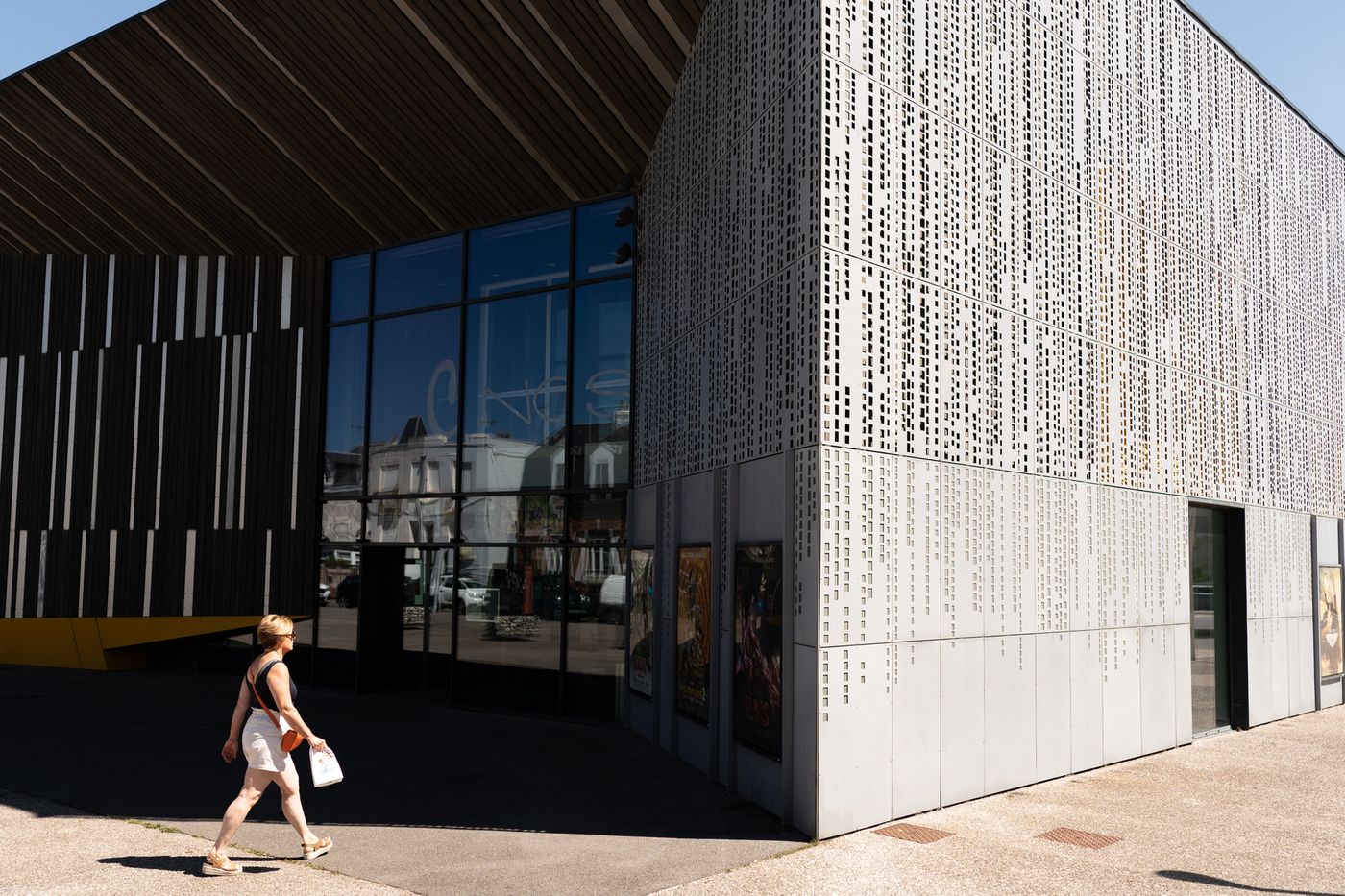 The cinema loves Berck-sur-Mer: many films have been shot there, such as The Diving Bell and the Butterfly by Jean-Dominique Bauby, The Diary of a Maid by Benoît Jacquot or Gainsbourg (heroic life) by Joann Sfar… And Berck loves his cinema: the Cinos. “There aren’t many people today, because our direct competitor is… the beach”, explains Pascal placidly, at the reception of the establishment, on this sunny summer afternoon: the public has deserted this contemporary cinema, with its elegant design, for the sand or the Parmentier esplanade.

Coming from Boulogne-sur-Mer, Huguette and Robert, retired, took their places for the film Elvis after taking advantage of the Berckois air. Located about ten kilometers south of Le Touquet, Berck, which attracts a population less upscale than its neighbour, is a friendly seaside town, appreciated for its vast 7 kilometer long beach and its international kite meetings.

Renowned for decades for its “therapeutic” climate, the Côte d’Opale resort developed in the 1840s with its many hospital structures. Hundreds of students from the medical or social sector are trained each year at Berck while patients, from the region or further afield, are cared for there for weeks or months. Mixing in an unusual way with the Berckois all year round, second residents and camping holidaymakers.

A conviviality that can be found at Cinos, which opened its doors in 2014, next to the pedestrian shopping street and opposite the media library: with its three rooms of 300, 160 and 90 seats, the cinema retains a human size . “Before, we had the Familia, but it only had one room”, says François, employee of Cinos.

Led by six people, the cinema has managed to find a place for itself in the heart of the popular seaside town. “It is a territorial project, an important political choice for culture in our sector, Montreuillois, which has long been seen as a desert”, explains Claude Vilcot, mayor of the village of Groffliers and vice-president of the urban community of Deux Baies in Montreuillois (46 municipalities for 70,000 inhabitants).

New ideas to animate the cinema

The Cinos is an SPL, a local public company managed by the municipality of Berck and the urban community, which radiates throughout the rural hinterland of Berck-sur-Mer and has a second cultural place located in Montreuil-sur -Mer, a cinema-theatre.

After good results in 2018 and 2019 – around 150,000 admissions – Cinos experienced two more difficult years with the pandemic: “This crisis has really been very hard to live with”, underlines Julie Lemoine, the director of Cinos, relieved to have finished with the sanitary pass. Despite a context that remains very tense for cinema exhibitors, the summer got off to a good start with an audience attending the Film Festival in early July. Then, everything will partly depend on the weather…

“There are obviously more people when it rainscontinues the director, but when it’s very hot, people also come to the cinema to cool off! » Whether it’s raining or there’s a heat wave, the team is constantly looking for new ideas to liven up the cinema, such as the Cinégame screenings, which offer a film accompanied by video game animation.

In summer, it is also the leisure centers that make a canvas at Cinos, usually in the morning. The cinema can also count on a faithful association partner, the Abac, Berckoise association of friends of the cinema, and on a clientele who does not hesitate to travel several kilometers to come to Cinos.

The maritime hospital, the Jacques-Calvé centre, the Calot Institute… Berck, a center of medical excellence, teems with healthcare structures “with whom we work closely”, emphasizes the director of Cinos. Like the Mahaut d’Artois home, an establishment of the Hesdin hospital center, which has regularly taken its residents to the Cinos for four years. No worries about parking your minibus in the large cinema car park.

“Out of 21 residents, 14 come to all the sessions that we organize about once a month, usually at 2 p.m.,” says Élise Allenbach, a specialist educator in this home for people with mental disabilities.

Each film is followed by an exchange upon returning home. After the film Retirement home, “who spoke to us since our home is on the ground floor of an Ehpad”, the group planned to see in July Crossing, which deals with the profession of educator. In the three rooms on the ground floor, between the orange and gray seats, a vast aisle gives pride of place to places with reduced mobility, “a layout thought out beyond the norm”, indicates Julie Lemoine.