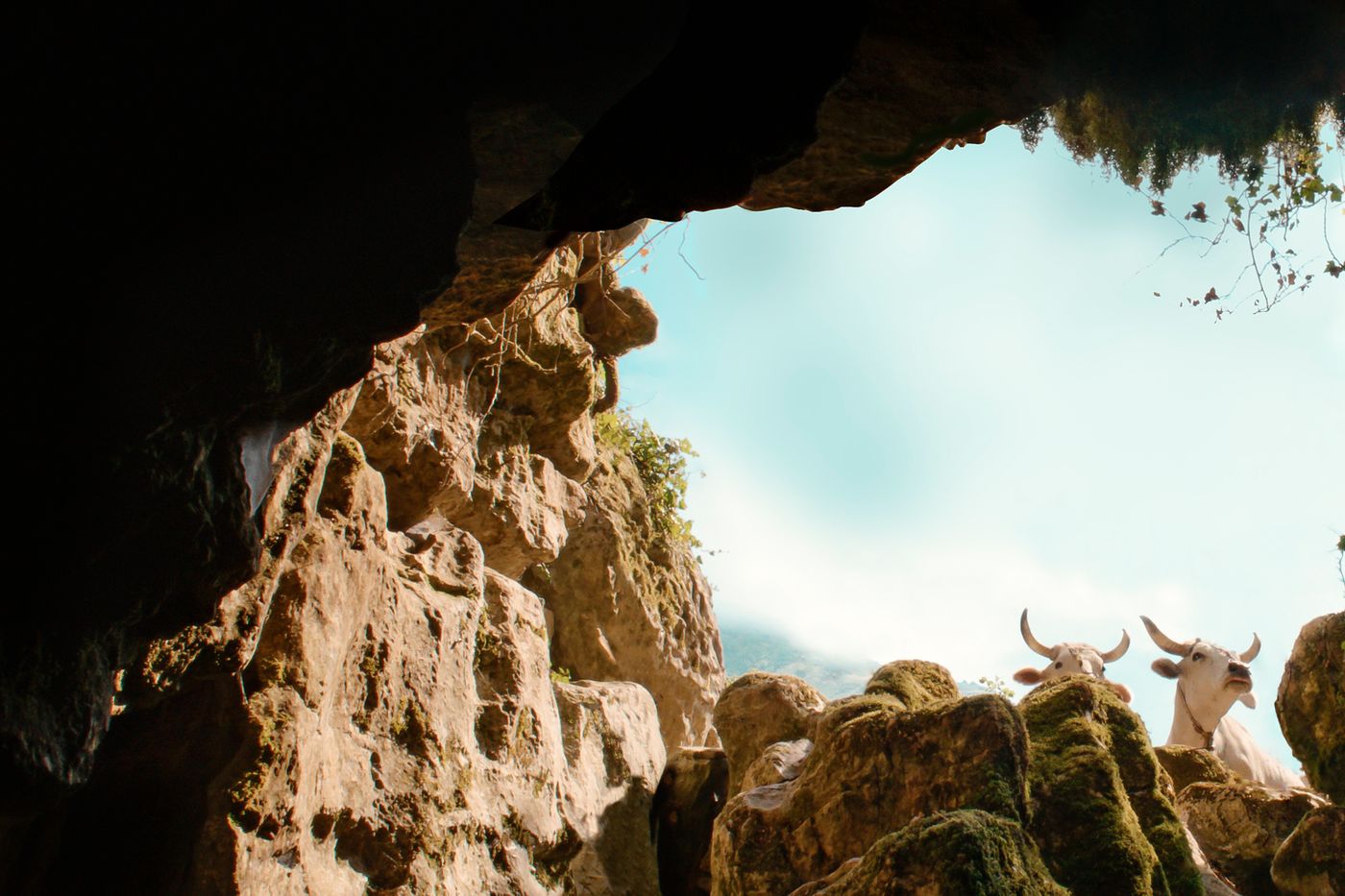 Strange immersion in time and space. Michelangelo Frammartino draws a parallel between the irresistible economic boom, this “Italian miracle” in the 1960s, symbolized by the construction of the Pirelli tower in Milan, attraction and pride of the time, with the immersion of a team of cavers in the Calabrian hinterland, sunk in the bottomless abyss of the Bifurto.

In 1961, Italian television filmed, amazed, the ascent to the top of the Pirelli tower, in the basket of the tile cleaners, dizziness guaranteed and grandeur confirmed. At the same time, a rope of cavers set up their base camp in the Pollino massif, in the heart of a grandiose landscape occupied only by a few shepherds, silent lookouts of this preserved setting. These inhabitants live with few means, asking for nothing more than to remain themselves, listening to the wind, watching their gathered herds with their eyes. Only the sun and the clouds compete with them for the occupation of the place. A few horses in freedom serve as their means of locomotion. In the village, in the evening, we gather in an alley around a television set with snowy images.

It takes a good half an hour for the director to get to the heart of the matter. This dive into the unknown. The stones thrown into the gaping abyss bounce off the walls for so long that its depth seems infinite and fearsome. The teams descend, silent, roped up, without knowing how far this upside-down ascent, underground, will take them. The cavers contort to thread their way through a succession of guts, clinging to smooth walls, their feet in spongy clay. Sometimes they set fire to a newspaper and throw it under their feet to illuminate this black hole, to guess its depth, always remote. Little or no dialogue and the effectiveness of group work combined with the technical expertise.

The feat of the cinematographer, Renato Berta

This film of contemplation, alternating pastoral scenes, silent shots facing the inviolate beauty of nature and spectacular progression into the infinity of an earthly enigma, is also the feat of the cinematographer, Renato Berta, through his work on the frame and the light in the heart of darkness.

A cartographer draws up gropingly, but with precise landmarks, the cadastre of this never explored area which “culminates” at 687 meters deep. The cave they discovered is the second deepest in the world.

Above, on the surface of the earth, an old shepherd is dying, surrounded by his son and a friend, accompanied by a doctor mounted from the valley on horseback. He dies, we close his eyes. It is loaded on a stretcher pulled by a horse. Not a word is exchanged. The destiny of men since the dawn of time…