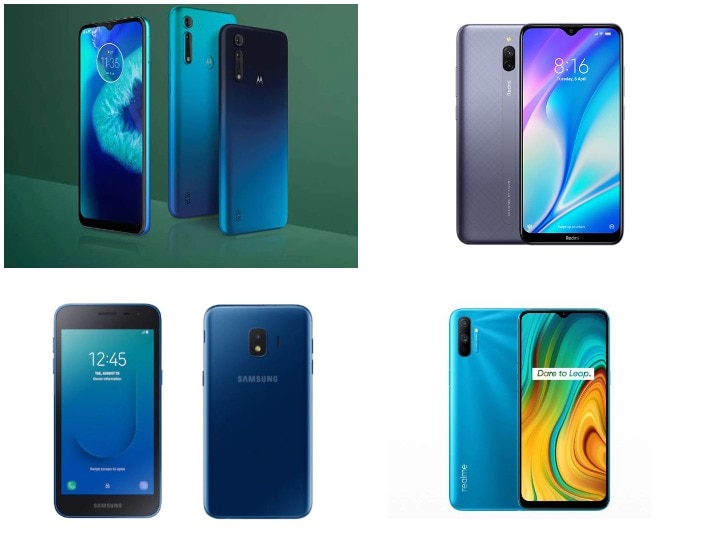 Smartphones are being launched every day in the country, but these days there is a competition to launch cheap phones. In this episode, several great phones have been launched recently in a budget of ten thousand rupees. The specialty of these phones is that they are giving amazing performance from photography to battery. If you also have a budget to take up to 10 thousand smartphones, then we have brought you some low-priced smartphones that can prove to be the best options for you. Let’s have a look. On these smartphones of less than 10 thousand and their great features.

Oppo A15
The Oppo A15 smartphone is available with 2GB RAM + 32GB storage variants. It has a 6.52-inch HD Plus display. For performance, it has an octa-core MediaTek Helio P35 processor. Its backpanel has the support of Face Unlock feature with fingerprint scanner. At the same time, it works on ColorOS 7.2 based on Android 10. Oppo A15 has a triple rear camera setup, in which 13MP primary sensor, 2MP macro lens and 2MP depth sensor are present. Apart from this, a 5MP selfie camera is provided at its front. This phone has a battery of 4,230mAh, which supports 10W fast charging. This phone was launched in India with a price of Rs 10,990. At the same time, 1000 rupees have been reduced on this phone. In such a situation, now you will get this phone for 9990 rupees. This phone can prove to be the best option for you.

Tecno Spark Power 2
This phone of Techno has been launched in India with only one variant 4GB + 64GB. The smartphone has a large 7-inch display. This phone is equipped with MediaTek Helio P22 processor. For power, the phone has a large and powerful 6000mAh battery. For photography, it has a 16-megapixel quad rear camera and a front camera. You can buy this phone for Rs 9,999.

In this list, this phone of Infinix is ​​also a good option. This smartphone has a 6.82-inch HD + display. This phone is equipped with MediaTek Helio A25 processor. For photography, it has a 13-megapixel rear camera and an 8MP selfie camera. Its 3 GB RAM + 32 GB variant costs Rs 7,999.

Moto E7 Plus
If you have to buy a new smartphone in the budget of 10000, then this phone of Motorola can become your choice. The Moto E7 Plus has a 6.5-inch display with HD + resolution, above which the Waterdrop notch has been given. This phone is equipped with Qualcomm Snapdragon 460 processor. The phone has 4 GB RAM. The phone has a rear-mounted fingerprint scanner feature. Its price is 9,499 rupees.

Christmas 2020: gift these smart phones at the festival, with latest features, price less than 10 thousand

This special smart TV launched in India with JBL speakers, will give them a competition in performance