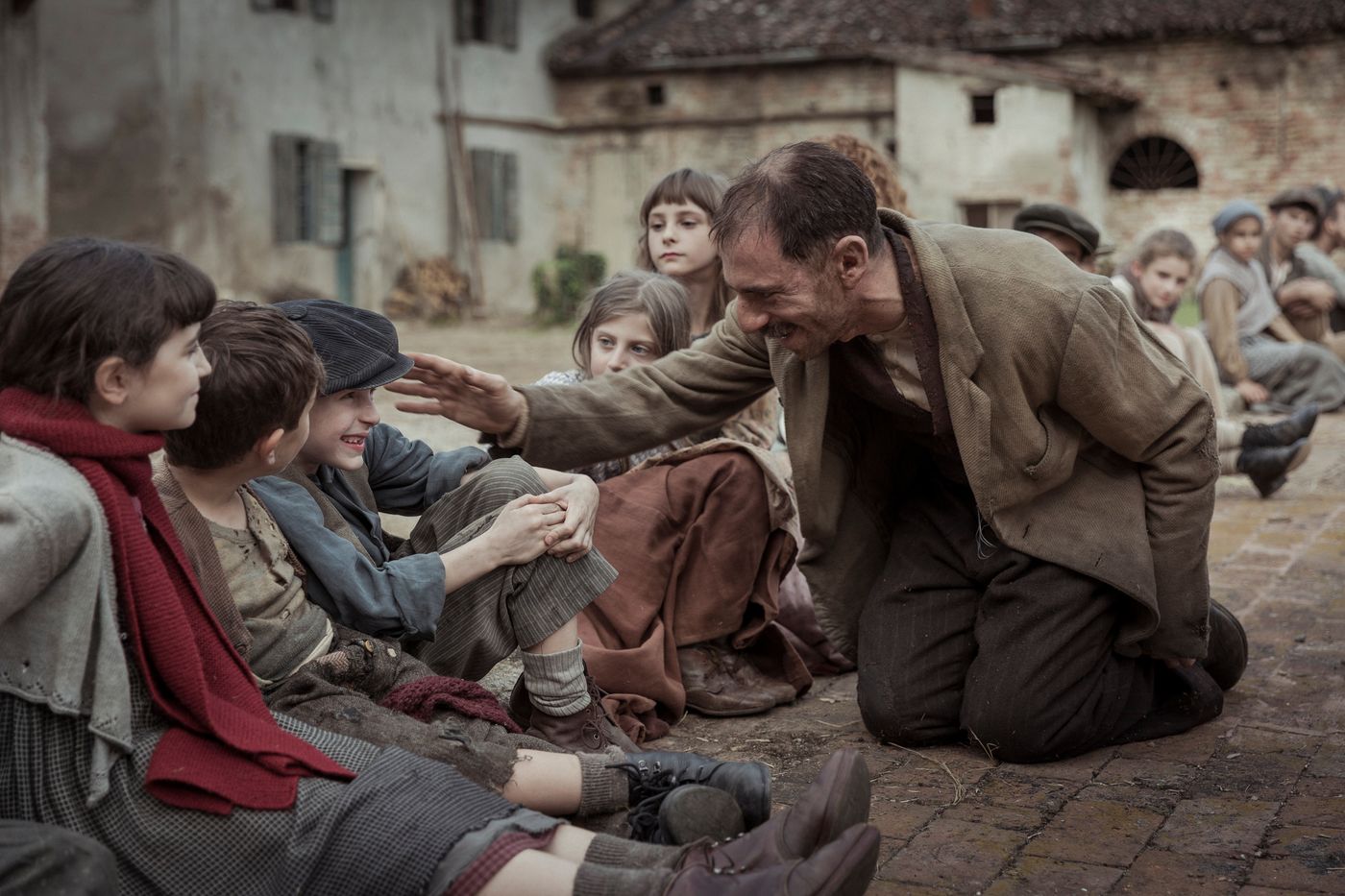 Of the contents of a large dark canvas bag, only one eye appears. That of a young man, Antonio Ligabue, interned in a psychiatric hospital. The scene echoes another: as a child, he is locked by a teacher in a bag to punish him for his escape from school. Introverted and in the throes of violent crises, this strange boy arouses radical rejection from those around him. Only one thing soothes him: to draw.

→ READ. 6 films that made the Caesars shine

Awarded seven David di Donatello (including those for best film, best director and best actor), the most prestigious award in Italian cinema, I wanted to hide traces the life of the painter Antonio Ligabue, less known in France than on the other side of the Alps. Born in Switzerland in 1899 and died in Italy in 1965, marked physically and psychologically by the deprivations of his childhood, he experienced a life of wandering and misery between his stays in psychiatric hospitals. In 1928, the artist Renato Marino Mazzacurati, who spotted his passion for drawing, trained him in the use of oil colors.

From then on, Ligabue devoted himself entirely to painting and sculpture, with a particular appetite for the representation of animals, both roosters and draft horses as well as tigers and lions which he placed in the scenery of the plain. of the Po, giving them more and more color and movement over the years. He also paints a lot of self-portraits, most of them with the head turned to the left and the gaze to the right. At the end of the 1940s, his production began to interest critics and he gained recognition in the 1950s, his most prolific period.

Far from a classic biopic, Giorgio Diritti’s film is intimately attached to the feelings of Ligabue. The first part of the somewhat nebulous story follows, illustrating the inner chaos of children and young adults. The more art comes into his life, the more I wanted to hide approaches a conventional form. Obviously, this disorder is less disturbing for the Italian public, familiar with the figure of Ligabue.

Awarded a David and a Silver Bear in Berlin for his performance, Elio Germano expresses with the same force the artist’s deep inner suffering and his exaltation when he creates. The actor who does not try to give him a pleasant appearance nevertheless manages to make it touching. By showing his naive painting which evolves towards expressionism in an explosion of colors, the film arouses the desire to discover more about this extraordinary artist and his work.