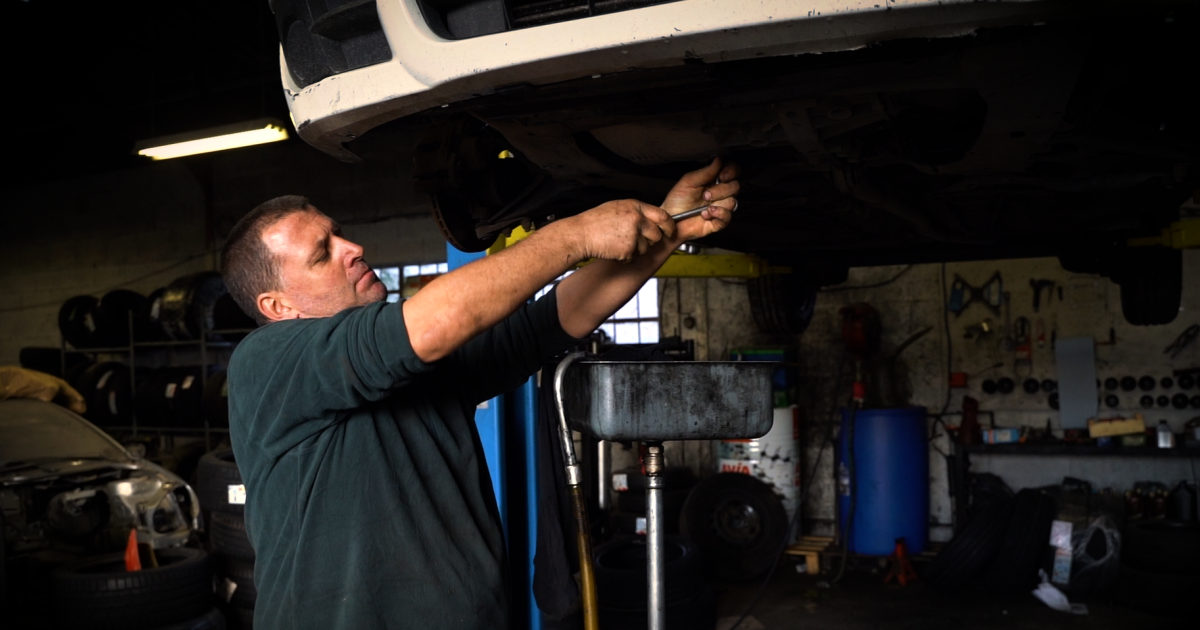 “They made me understand that it is not because everything is bad that everything has to end. “ Five years ago, Hervé Michel accumulated debts until his garage was placed in receivership. “I was sinking. I had become an alcoholic. I wanted to end my life. I had everything planned. Where was it going to happen, at what time ”, he says in the video report below.

At the commercial court of Saintes (Charente-Maritime), he was referred to the Apesa system. This structure, born from the meeting of a clerk, Marc Binnié, and a psychologist, Jean-Luc Drouillard, offers free psychological support to entrepreneurs in acute pain.

“In court, we see signs. Some say to us: ” I came for the bankruptcy of my business, my wife is gone, and I know what remains for me to do “ “, relates the clerk, who points to a phenomenon of identification of the entrepreneur with his company. The situation of failure can then result in a feeling of loss of dignity, he insists. Because very often, suffering entrepreneurs bury themselves under work and wall themselves in silence.“Entrepreneurs are characterized by their independence and their ability to solve problems on their own. Furthermore, there is no real framework in which they can express their suffering, including within professional organizations. The bankrupt entrepreneur usually talks to his relatives, and we find ourselves in the fairly common situation of “Three D’s” : bankruptcy, depression and divorce. When you pour out your suffering on those around you, not everyone has the resistance to take it … “

Report on the application

Created in 2013, the system is based on the constitution of a network of “sentinels”: accountants, clerks, lawyers, judges, agents, etc. These are all professions facing bankrupt entrepreneurs. “Receiving this suffering is trying and we often feel very helpless”, says Valérie Dugast, chartered accountant and treasurer of the association.

With the agreement of the entrepreneur, the sentry can make a report on the Apesa application: a psychologist then calls the business manager back in the hours that follow, to take stock and make an appointment. Five sessions are offered, for an amount of 350 euros.

Magali Bragard and the MaMaMa association to help infants

Get rid of shame

The sentries who join the Apesa network benefit from training, because “Asking someone eye to eye if they have dark thoughts, it’s not that easy”, points out Marc Binnié.

“If the answer is yes, we can do something. If we don’t dare talk about it, we go home in the evening, telling ourselves that we have met someone who is considering the worst and that we have not dared to broach the subject, hoping that it will always be there the next day … “

Thanks to his psychologist and the invaluable help of his wife, a better manager, Hervé Michel is still there. His garage too.

“I had four dates. They helped me put my ailments into words. To get rid of the shame I had. “

Small business leaders like him, Apesa has supported more than 3,000 since its founding.

In April, Apesa launched a toll-free number (0 805 65 505 0), accessible seven days a week from 8 a.m. to 8 p.m., which supported more than 400 business leaders. A 46% increase in the association’s support compared to 2019 over the same period. It is not about to stop: the Minister of the Economy, Bruno Le Maire, having warned that more bankruptcies were to be expected “In the coming months”, the existence of this listening cell was extended by six months.

DISCOVER OUR “THE FACES OF SOLIDARITY” SERIES