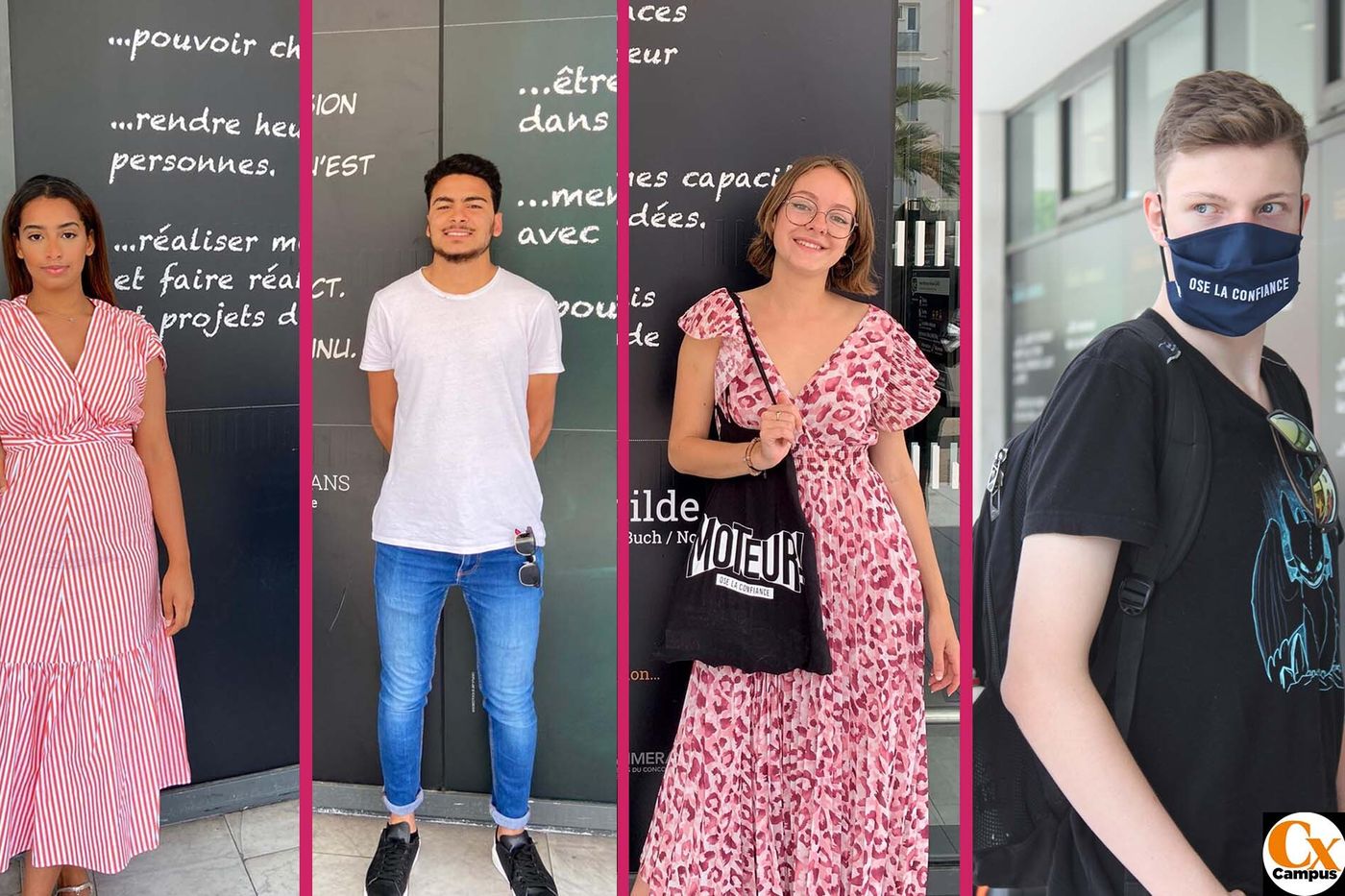 High school and college students, they took the camera to tell the story of war, immigration, mourning or exclusion, in 90 seconds, top time. The young winners of the video competition organized by the association “Motor! ” This year. Mbarka, Arthur, Khaled and Mathilde, whose productions were distinguished by the jury, tell us why they embarked on this adventure and how they chose the subject of their film.

Mbarka Belguith, 21, “My father, this migrant”

” For the Motors contest! I made a film about my father. I wanted to tell his story and talk about immigration. I discovered his story recently. It was his brother, my uncle, who told it to me before he died. I did not know what they had experienced as children, in Tunisia, at the gates of the Sahara. His parents were helpless. His mother pretending to prepare the meal by stirring in a saucepan and singing a lullaby to make him fall asleep.

My father came to France to have a better life and so that his family lacked nothing. Today we are in Rillieux-la-Pape, near Lyon. I’m 21 and I know I can’t thank him enough for everything he has done for us. I know he was touched by my film, in which I tell him how much I admire him. Having won the jury presidency award motivates me to do others, which will tell the world and make people think. “

Arthur Gustin, 16 years old, “Without my teacher, school would have been hell”

” I did part of my schooling in ULIS classes, which welcome students with disabilities. In my film, I present Mme Arnal, my teacher who accompanied me to college and high school Molière, in Paris. For four years, she helped me enormously. I have hearing difficulties. I was paired when I entered third. Before, it was very difficult for me.

At the start of my video, I made an animated scene with Playmobil figures, where I show a child pushed aside in the playground. This is what I experienced. Without the ULIS system and without the incredible work of Ms. Arnal, the school would have been hell. Today, I am 16 years old, I am in pro photography bac. Later, I would like to be a director or a director. Thanks to the Motor contest! , I met other young people with the same passion. We want to set up a new video project. “

Khaled Alhusein, 21, “Living in a country at war is unbearable”

” I wanted to talk about the war because I am from Syria and I cannot forget what I went through when I was 11 years old and we had to leave our country. Ten years later, this film allows me to explain to the world that living in a country at war is unbearable, but that having to leave it also hurts my heart. It’s a chance to be able to say how I feel for all these people forced to flee, who face fear, loss, nostalgia, then who rebuild themselves by seeking happiness again.

I haven’t shown my film to my family yet, because I’m afraid it will wake up bad memories. They are very proud to know that I have climbed the steps of the Cannes Film Festival. I led this project thanks to my teacher of applied art, Isabelle Courtex, and the direction of the Lavoisier vocational high school in Roubaix. Their support gave me confidence. “

Mathilde Fraysse, 18 years old, “I have taken a step forward in my mourning”

“ My literature teacher introduced me to the Motor contest! in high school, in Biganos, near the Arcachon basin. I was in severe depression. Two years ago, I lost my mom. I explained to my teacher that nobody inspired me anymore. Four months later, I was better and I wanted to make this film. There was only one week left but I had my subject: it was my strength, the one I had found to accept, bounce back and get up.

I wrote a text on my emotions. It was initially dark so I reworked it to bring out the light. The first time I watched my video, I cried a lot because it was a great step forward in my mourning. I am super happy to have won. The rewards, the encounters, the red carpet in Cannes were incredible. At 18, these experiences change you. Today, I feel more peaceful. “

Created in 2015 by Caroline Seneclauze, the Motor association! organizes artistic and fun projects to invite young people aged 14 to 22 to express themselves and gain self-confidence. For five years, the Motor Competition! offers them to make a short video (90 seconds) on a person who inspires them. In 2021, the association received 400 films. 25 laureates were distinguished, including 18 girls and 7 boys. Everyone had the chance to climb the steps of the Cannes festival and receive a “clap d’or” from the hands of the festival’s general delegate, Thierry Frémaux.