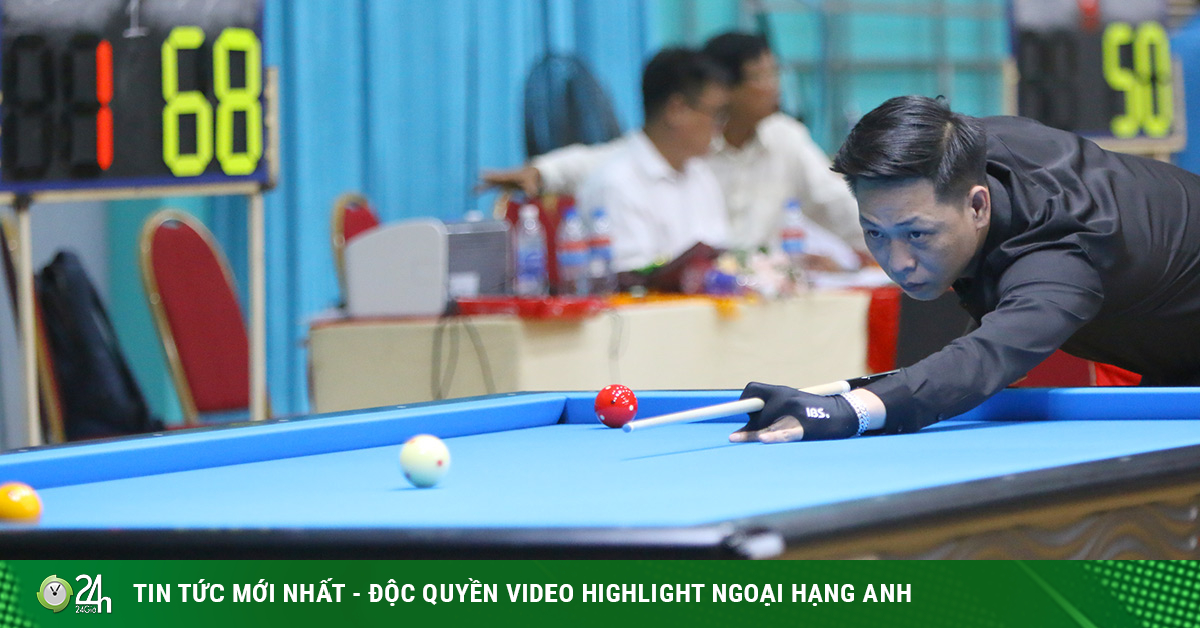 Le Quoc Vinh Quang is becoming the name that makes the opponents bored with the Carom 1 of the Billiards and the Snooker National Championship (round 1) in 2021 because of the skillful and meticulous style of competition, especially. the ability to “withstand” is very high. Not launching too big series, but by carefully grasping their opportunities, the fortunes of Ho Chi Minh City have made impossible upstream displays.

In the quarterfinal match that took place on the morning of April 6, Vinh Quang won against Pham Quoc Tuan, despite being led by 41 points. Specifically, before the first half ended, Quoc Tuan launched a 32-point strike to lead Vinh Quang by 49-8.

Returning after the break, Vinh Quang played extremely well with 6 consecutive series to follow his opponent with the score 61-63. At the end of the game, while Quoc Tuan showed signs of psychology, Vinh Quang “finished” the opponent with 18 points. Winning the final 80-66, Vinh Quang won a ticket to the semi-finals.

Worth mentioning earlier in round 128, Vinh Quang was shocked with an unbelievable upstream, despite being led by Nguyen Van Phuoc Hieu 10-52 after the first half. Still with explosive fighting style in the second half, Vinh Quang won a dramatic 80-77 that made the audience admire. Possessing a height of 1m83 with a handsome face, Le Quoc Vinh Quang (also known as Le Quang) is considered the “hot boy” of the Vietnamese billiard village. He is a famous player in the billiards movement in the libre genre and 1 tape. Recently, Vinh Quang also won second place in the A1 tournament in Ho Chi Minh City 2021.

The Billiards and Snooker National Championship (round 1) in 2021 took place from April 3-12 in Vung Tau. This is considered the toughest tournament in Vietnam by the record number of players up to 1700 athletes. In particular, the Carom 1-band content has more than 400 players participating. (Sports news, billiard news) The stubborn Nguyen Kim Long had a superb performance that made 61 points of “crazy muscle” …