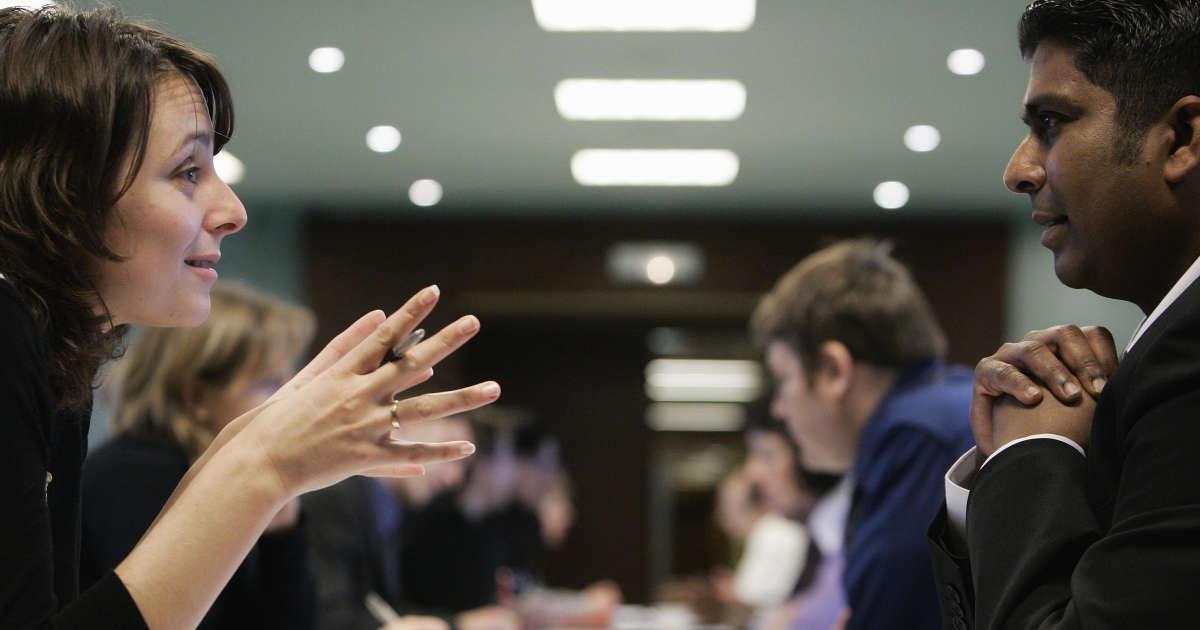 To increase the chances of promotion of women in so-called jobs “Male”, like those related to technologies, it would be enough to increase the size of the informal lists of potential candidates, according to a study published on Monday, January 18.

She recalls that a large part of internal recruitment procedures are carried out informally, by mentally pre-selecting a small number of potential candidates (the “Short list”). And when the position to be filled is usually occupied by a man, women are unlikely to join this list.

In terms of parity, Emmanuel Macron still has work to do

“If I ask you to make a list of candidates for a profession dominated by men, you will have more tendency to propose a male candidate than a female one, because the men are there more present and “cognitively accessible” for this job “, he told AFP.

His study, published in the journal “Nature Human Behavior”, offers a “Simple way” to attenuate this bias, inspired by the observation that by offering more alternatives to a choice in a given field, we are freed from dominant stereotypes.

To illustrate this premise, Professor Lucas and his colleagues had volunteers draw up short lists of three potential candidates for a role. “Masculine”, before asking them to extend it to six candidates.

“There is not a feminist struggle in the singular, but feminisms”

In the series of ten tests, the first placed the subjects, university students, in the position of a film director having to nominate three candidates for an action hero role, before expanding their list to six. On average, they chose one woman for every four men from the short list, but one for three from the long list.

Same scenario with the test asking people working in the technology industry to choose candidates for a position of industrial manager. If they chose only one woman for every ten men from a short list, the proportion rose to one for four in the long run.

It is the result of a “Prototype divergence”, explains the researcher, who conducted his study with colleagues from New York Universities and the London school of economics.

Media urged to change their representation of women

“The human mind organizes information into categories and represents each with a prototype”, explains the researcher. And “The more time we spend studying a category, the more we think of things deviating from the prototype”.

The same mechanism would apply to the labor market, according to Professor Lucas. It would therefore suffice, when considering the ideal candidate for a position, “To give yourself a little more time to add a few names to an informal list” of candidates. And thus improve diversity in the world of work.