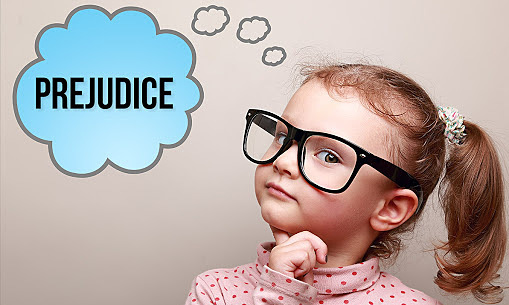 Regardless of gender, age, region, occupation … our lives are full of different prejudices.

Boys should not wear makeup; introversion means not liking sociable; Girls are not as good as boys when learning technology, without boys means no people …

According to a research result, people often have prejudice (implicit prejudice) based on 4 main factors: age, sex, race and sexual orientation.

Neuroscientists believe that prejudice is an inherent function in the human brain. Underground prejudice is an unconscious pattern that affects our perception of people, things or things. Although you do not realize this, but obviously unconsciously, you will be supportive or hostile towards a certain person or group of people. Even those who are always aiming for fairness have their own biases.

In society, each person has prejudice about different things, different views about the same thing. This causes conflict, even seen as the enemy of knowledge and empathy in society.

So how to eliminate prejudice?

You must learn to be yourself

Whenever you hear other people’s prejudices, you often get frustrated, wondering why they think about things that way, you get angry because they rushed to reach conclusions. But there is another fact: if you want to undo other people’s prejudices, you must first be yourself. It is necessary to learn to ignore their criticism and judgments and become more alert when seeing the problem, which is the best way to remove prejudice.

You hate the stereotypes of some people, and you also despise those who arbitrarily judge others from their own perspective. But the truth is: Everyone is against prejudice, but everyone has prejudice.

When you want to eliminate the prejudices of others towards you, have you ever wondered if you have prejudice when looking at others? To get rid of prejudice, you also have to try starting with empathy, putting yourself in the other person to think. On the advice of experts, to eliminate prejudice, it is recommended to increase contact with members of different social groups. For prejudiced people, you should gradually make people aware of the conflict in their own beliefs.

According to Insider, several studies have found that meditation can help people become more aware of their own harmful prejudices and learn to act with less judgment or even more compassion. Adam Lueke – Ph.D., an experimental psychologist at Ball State University in Indiana, USA, confirmed that meditation can reduce stereotypes and discrimination. In a study published in the journal Psychology of Consciousness in 2016, Leuke and his team found that just 10 minutes of meditation a day reduces the automatic activation of negative associations when people are white looking at pictures of black people.

Of course, meditation is not a quick fix for prejudice problems, but it can be the first step for everyone to acknowledge their own prejudice and motivate people to be less inclined to practice. follow more prejudice.

Thuy Linh (According to KKNews)