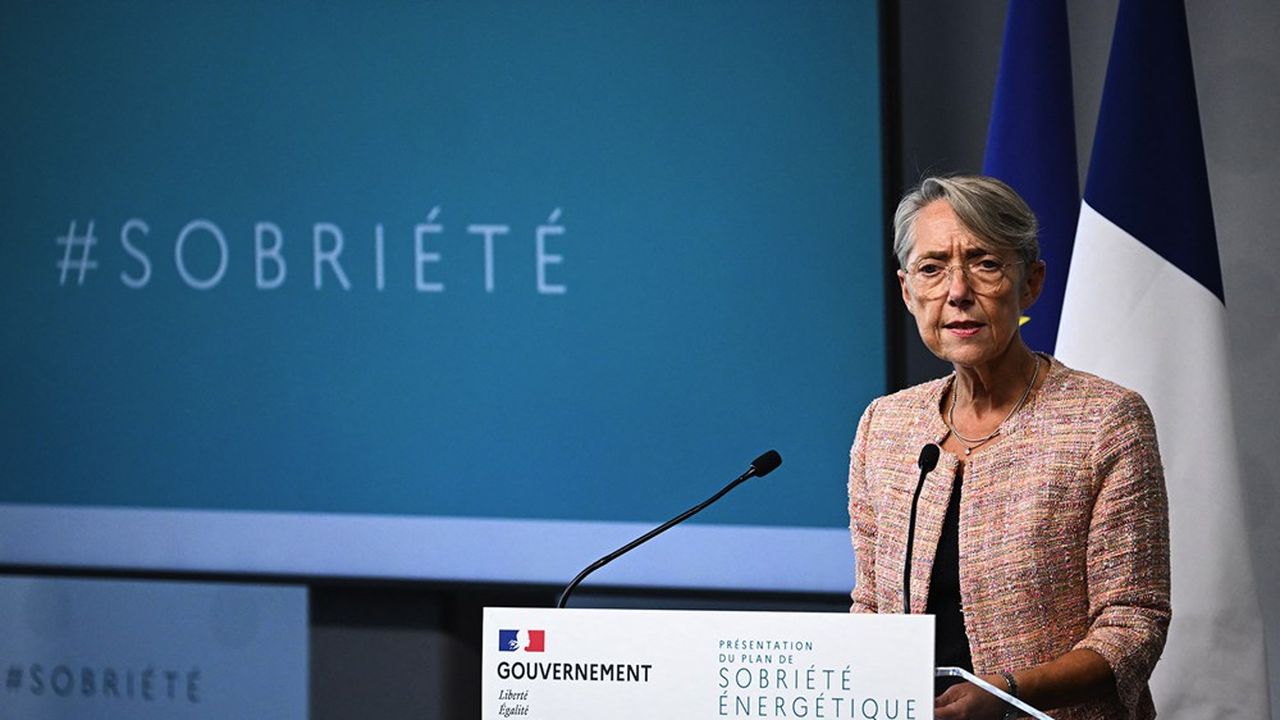 As a result of the war in Ukraine and sanctions against Moscow, but also climate transition commitments, the government has launched a sobriety plan to reduce France’s energy consumption by 10% by 2024 compared to 2019. This ambition covers two objectives: one immediate, to limit the risk of cuts this winter in the face of the risk of shortages. The second concerns the long term: it involves strengthening France’s energy sovereignty and accelerating the transition by changing uses.

All sectors of activity are concerned. Households too. The impact on France’s economic growth is nevertheless difficult to quantify because the interactions are complex and the unknowns multiple. The only certainty, according to Bruno Cavalier, chief economist at Oddo BHF: “Such a reduction in consumption cannot be without effect on the level of activity”.

Heat less, light less, put electrical appliances on standby, encourage carpooling or telecommuting… The call for sobriety should indeed lead the French to moderate their consumption of electricity and gas. This represents 4.5% of the consumer basket, according to INSEE. “The evolution of household demand will depend on changes in behavior but also on the extent of the price increase”, underlines Julien Pouget, head of the economic department of INSEE.

However, most of the effort is expected from public administrations and even more from companies, threatened with rationing in the event of energy shortages.

Initially, these should favor the hunt for unnecessary consumption. “Possible margins of savings without a significant impact on production and GDP exist, even if they have certainly been started,” notes Philippe Martin, dean of the School of Public Affairs at Sciences Po.

This is particularly the case in services where shops, cafes, hotels and restaurants have, for example, planned to turn off their signs between midnight and 6 a.m. However, this may not be enough. “Not everything can be achieved through efficiency gains,” warns Bruno Cavalier.

Impossible to decorrelate the price plan

In reality, the dissuasive levels reached by electricity and gas tariffs could also lead companies to opt for sobriety. “The sobriety plan cannot be unrelated to the evolution of energy prices. It will be all the more powerful as companies experience a significant increase in their costs”, assures Philippe Martin.

Energy-intensive companies are on the front line. Several of them, including Arc, Duralex and Aluminum Dunkerque, have already reacted by stopping production lines. In total, the sectors concerned – chemicals, metallurgy, the paper, cardboard or plastics industry, etc. – represent 8% of GDP according to INSEE. “The risk is that there are added cascading effects on the rest of the economy,” warns Bruno Cavalier. This further complicates any assessment of the effects on activity. This is all the more so as certain companies will implement substitution strategies.

France Industrie has nevertheless produced a figure: according to its estimate, the surge in electricity and gas could lead to a 10% drop in industrial production in the fourth quarter in the country.

In this context, Allianz Trade experts are among the few economists to have quantified the impact of the sobriety plan on economic activity. “A voluntary reduction of 10% in the energy consumption of households and businesses would remove 1.1 point of GDP in France”, indicates Ano Kuhanathan, one of them.

This calculation does not include the hypothesis of an imposed rationing in the event that France runs out of energy despite its efforts at sobriety. “In the current circumstances, it is the supply of energy that is constrained, while demand must therefore adapt. If France were not able to maintain its energy production, this could have an impact on GDP”, underlines Julien Pouget.