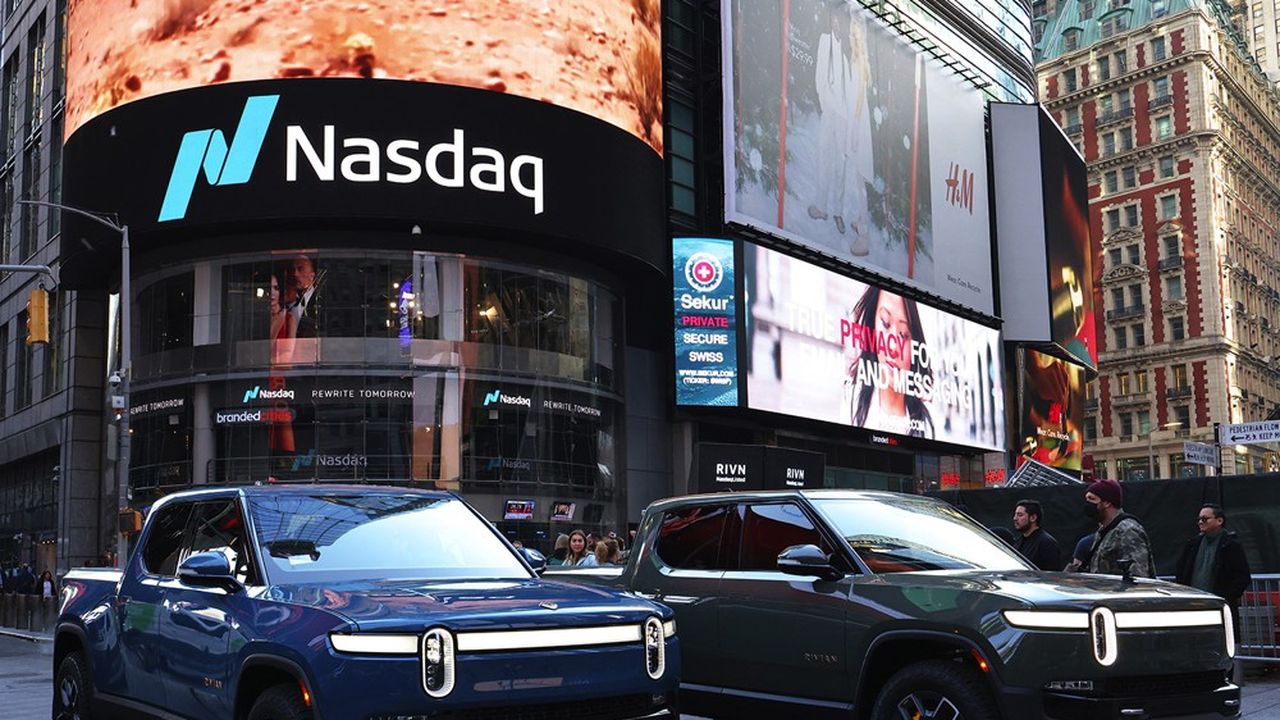 We only lend to the rich, as the saying goes, but in recent months, we have also lent a lot to manufacturers of electric cars. In the wake of Tesla, whose valuation exceeds that of all the traditional manufacturers combined, young American (like Lucid and Rivian) or Chinese (Nio, XPeng …) shoots are raising billions of dollars on the stock market with disconcerting ease, even before , in some cases, to have produced their first vehicle. A lavishness that traditional manufacturers look on with envy, and which provides a considerable advantage to new entrants.

Rivian’s example is edifying. Two weeks ago, this American manufacturer of electric pickups and vans was introduced to the Nasdaq, with a price that jumped 36% from the opening. It also collected 11.9 billion dollars (10.3 billion euros), while it will not deliver its first customers until December.

“These companies do not even need to resort to credit: they can raise billions of dollars in a few days on the stock market”, summarizes Thomas Besson, analyst at Kepler Cheuvreux. Last year, Tesla obtained 12 billion on the markets in three times, barely diluting its staggering capitalization (more than 1.100 billion in recent days). Weighted down by a much lower share price, traditional manufacturers who would like to do the same would be slaughtered by their shareholders.

However, Volkswagen, Renault and the others also have big financing needs. “The turn that they are asked to take in a few years is not limited to electricity, even if it is the most violent transformation at present, points out Markus Collet, partner of the firm CVA. They must also invest in autonomous driving, the software revolution of the vehicle, while transforming their factories… All this requires a lot of money, and on this point they cannot fight on equal terms with the start-ups ”.

A communication copied without success

In an attempt to capture some of the electric stock market craze for their own benefit, Volkswagen, Stellantis, Ford and General Motors have announced very ambitious targets for battery vehicles over the next ten years. They did so by copying the communication codes established by Tesla: advertisements staged like the “Battery Day” of the Californian firm, communication by tweeting like Elon Musk …

Success is not really there. “They do not have the same investor base as start-ups,” explains Bertrand Rakoto, consultant at Ducker. Their is more traditional, with analysts keeping EBITDA as a benchmark rather than growth prospects at any cost. “

The risk of a self-fulfilling prophecy

If established manufacturers are struggling to seduce the stock market, it is also because investors believe that the growth of newcomers will be at their expense. “By posting such levels of valuation, the market tells us that these companies will take very significant market shares from traditional players,” translates Thomas Besson. With the financial means at their disposal, this could become a self-fulfilling prophecy. “

Thanks to the funds raised on the stock market, Tesla and the others are able to boost their production capacities at high speed. Rivian, for example, plans to open two new factories as its first site is just starting to ramp up.

“It will be necessary to see what will be the cumulative production capacity available to these new entrants in a few years”, points out Thomas Besson. At this stage, he notes, no established manufacturer (apart from Mercedes) envisages market share losses. A commercial tussle, fueled by everyone’s need to run their factories and comply with regulatory constraints in terms of CO2, cannot be excluded.

The fascination of the markets

Another potential subject of confrontation, access to raw materials to manufacture batteries. “In two years, there will be many more players competing for limited resources, predicts Bertrand Rakoto. Start-ups will use their financial resources, while traditional players have more experience. “

Tesla securities sold or bought represent around $ 25 billion every day, or more than five times the total amount of trade on the CAC 40!

Will the young electric wolves have the skin of hundred-year-old brands? History is far from written, and no one is immune to a market crash, as Nikola and Lordstown have experienced to their detriment. In the meantime, the sector continues to fascinate investors. “Tesla shares sold or bought represent around $ 25 billion every day, or more than five times all trades on the CAC 40! This has never been seen, ”reports Thomas Besson.