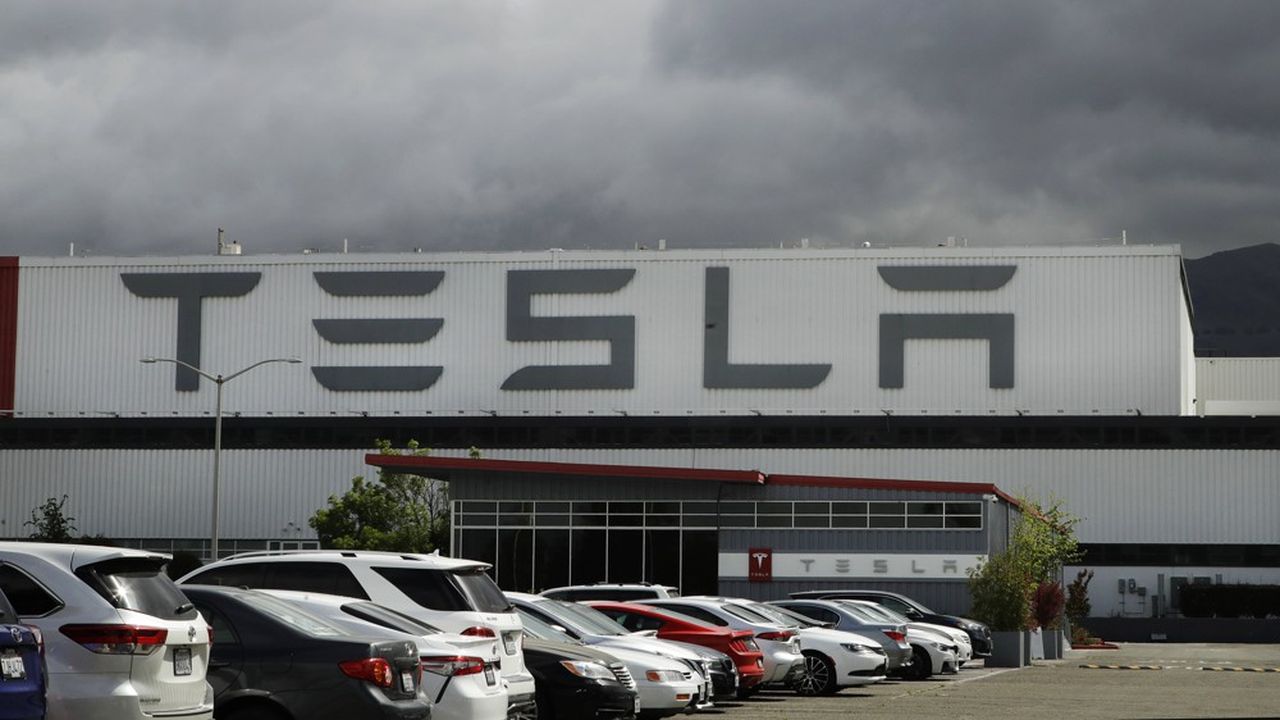 A small feat. If Tesla managed to make $ 5.5 billion in profits in 2021, it is also because the American manufacturer managed to produce cars when most traditional manufacturers were struggling with semi-supply problems. drivers. The shortage of chips has cut global car production by some 13 million units in 2021 compared to their pre-crisis level. Tesla, for its part, posted sales growth of 87% to 936,000 vehicles.

The firm of Elon Musk has certainly not been completely spared by the supply difficulties. It temporarily closed its Fremont factory in February 2021, and chief financial officer Zack Kirkhorn confessed in October that production growth had been “exceptionally hard to come by.” “Our factories operated below capacity,” the company said. “And that should continue in 2022”.

Like many manufacturers, the company also delivered vehicles without certain promised equipment, only to integrate them later.

The manufacturer of electric cars has nevertheless outdone its competitors in this regard. “Their first advantage is that they have fewer vehicles to produce,” notes Bertrand Rakoto, consultant at Ducker in Detroit. “It’s also a new company, using more modern components, which are therefore more readily available.”

But Tesla has mostly benefited greatly from its integrated software capabilities. Starting from scratch, the group designed its vehicles around a central computer system, capable of managing all of the car’s functions, and whose programs were written by its own engineers. “This centralized architecture makes the system simpler, and allows the company to be more agile,” says consultant Michael Valentin, author of a book on “The Tesla System”.

As Elon Musk indicated a few weeks ago, his engineers did not hesitate to rewrite the software to adapt them to the chips available. “They did it 21 times during the year,” continues Michael Valentin. “This ability to adapt is an enormous strength! Chip sourcing has also been aided by the simplicity of Tesla’s lineup, in terms of available models and options.

Finally, the fact of having internalized its electronic systems has enabled Tesla to develop direct relations with chip suppliers, which is far from being the case for traditional manufacturers. Most of them buy from their so-called “tier 1” suppliers (such as Valeo or Faurecia) complete equipment, integrating semiconductors and associated software: at the start of the crisis, they even had almost no idea of ​​the type of chips used in their cars – let alone the name of their manufacturers.

Not only did Tesla forge ties with its suppliers, but according to Zach Kirkhorn, it also did not reduce the production forecasts it gave them, unlike other manufacturers – which allowed it to be served in priority when production is restarted. “Tesla has developed an ability to digitize its internal processes which allows it to draw up fairly reliable production schedules,” explains Michael Valentin.

After mocking the difficulties of the troublemaker of the automobile to industrialize, traditional manufacturers are now seeking inspiration. Everyone now wants to start writing their software and designing chips, but also establishing a direct relationship with manufacturers. According to Gartner, half of the world’s top 10 manufacturers will design some of their chips themselves by 2025.