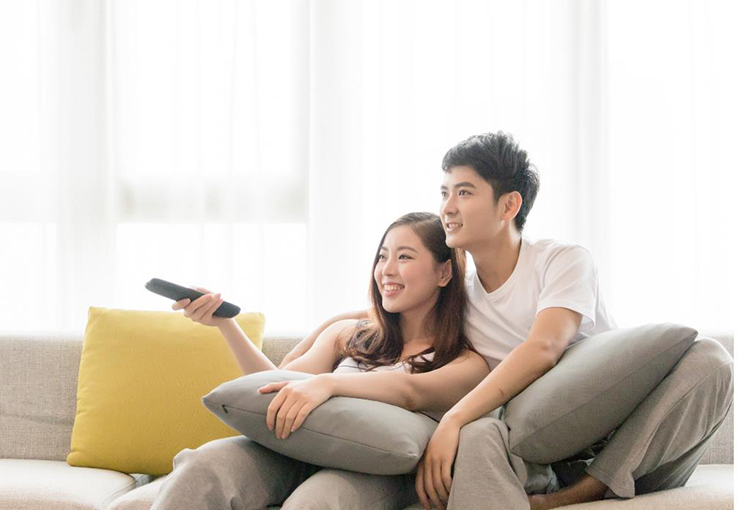 In a survey of over 200 American women by psychologist Dr. Lehmiller, those who date men 10 years younger are the happiest.

Many women when they reach the marriageable age often set criteria for choosing a husband older than their age, even older because they think that older men are often mature, achieve certain achievements in their careers, and marry such people will be peaceful. more attentive. Meanwhile, others prefer to get married at the same age because it is easy to talk and talk frankly with each other.

A survey by the Pew Research Center in the US found that between 70% and 80% of people choose a mate of the same age when they get married for the first time. As for age-distinguished couples, 10% of men usually have a partner 6 to 9 years younger, and 5% of men marry women 10 years or more younger.

Christian Rudder, co-founder of OkCupid, an American online dating site, conducted a survey that revealed significant differences between men and women in terms of age preferences.

Accordingly, more than half of the women asked would look for a partner of their age or 1-2 years older, while men would like to find a younger wife. In particular, the older men are, the more likely they are to find a young wife, most often in their 20s.

Sven Drefahl, an anthropologist at Stockholm University, surveyed people over the age of 50 in Denmark and found that men with younger wives tend to live longer. According to the survey, the older these men’s spouses were, the shorter their lifespans, regardless of education level or income. As Sven Drefahl deduced, men with better health are more likely to attract younger women, which is why they live longer.

On the other hand, if a woman’s partner or lover is a younger man, they don’t live longer. Sven Drefahl speculates that it may be because women often have the upper hand over younger lovers, so they do not benefit from the vitality of younger men.

However, Lehmiller, a PhD in psychology from the US, surveyed 200 women, including those who date men younger than them, older and men of the same age. The results showed that those who were in a relationship with men 10 years younger than them were the happiest. Women also identified a longer relationship with this love, compared with men dating men who were older or the same age.

Another study by the UK National Bureau of Statistics also showed that newly married women in their 30s, whose partners are 10 years older than them, are very likely to get divorced. However, this study has not shown a relationship between age difference and divorce. “It is possible that the breakup depends on many other factors, it’s just that the divorce rate in these couples is much higher than in other couples,” the study pointed out.

No matter how scientifically proven, when love comes, you can’t escape. The age difference whether in men or women, in addition to facing public opinion, is the emotional consensus between the two. Please answer the 4 questions below to see if you can continue to keep this relationship.

1. Is this a long-term or short-term relationship?

If it’s only a short-term relationship at first, as long as they’re happy together, that’s fine. Younger partners will bring enthusiasm and energy to each other, while older partners can provide financial support and impart other valuable experiences.

2. If defining a long-term relationship, is it appropriate?

If this is a long-term relationship, both of you need to agree on the future. The age difference is more or less, this time is no longer meaningful. The important thing is to try to cultivate the feelings of both sides as well as the future life. At this time, it is necessary to allocate time to each other so that you both become more harmonious.

3. Do you want to have children?

If your lover or partner is far from your age, it is best to discuss having a baby early, because a woman’s time of giving birth should be under 35, after this age, many obstetric complications are common. If women aged 40-50 need to think carefully before deciding to become a mother, because this is not the ideal age to have a child.

4. Are friends and family supportive?