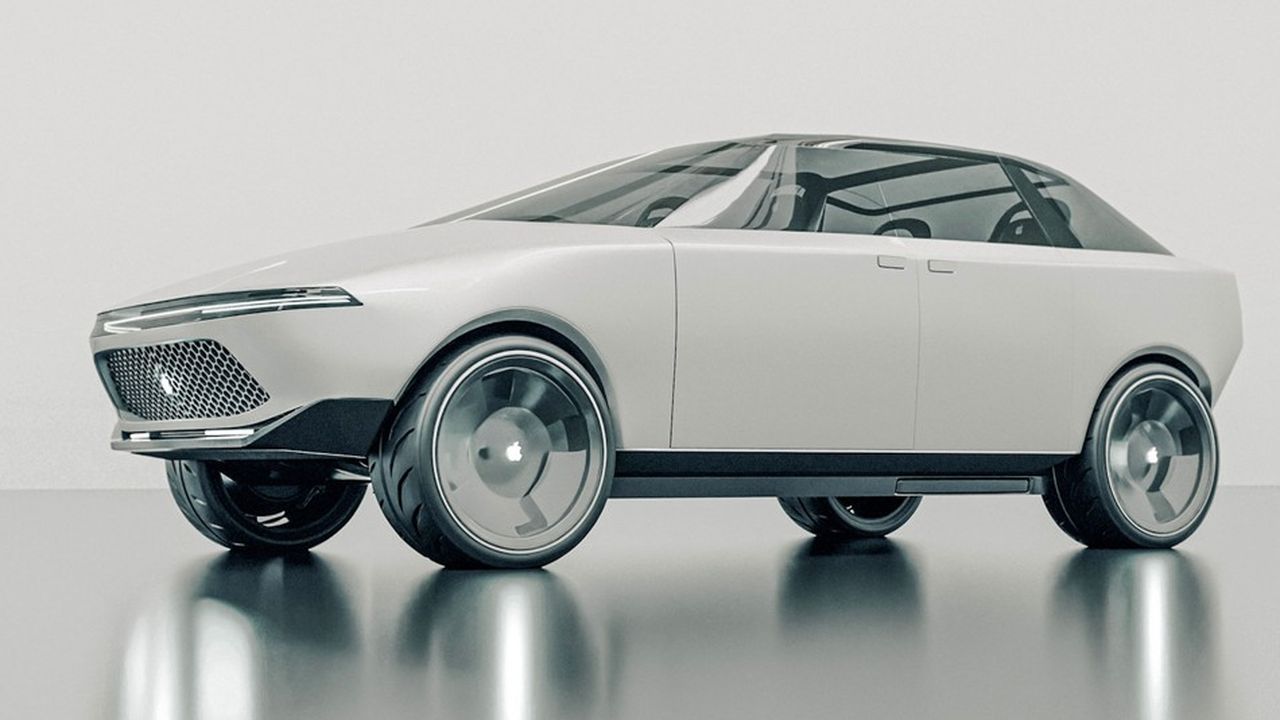 Electric and fully autonomous. Announced for years, the Apple Car could enter the home stretch of its design. According to Bloomberg, the giant plans to launch its model in 2025. The project would have accelerated since it was under the leadership of Kevin Lynch, the chief engineer of Apple Watch, who replaced Doug Field, who left for Ford. And it would also see bigger than all of its competitors: the Apple Car would have no steering wheel or pedals and would not require any human interaction.

Enough to completely reshuffle the cards of a market that is slow to deliver on its promises. Waymo, the Alphabet subsidiary, has taken a step ahead but, for regulatory reasons, its test vehicles are restricted to well-defined areas in Phoenix, Arizona, and accessible to a limited number of people. They are also equipped with a steering wheel and must keep a pilot, who can intervene at any time. Uber, for its part, sold its business in autonomous vehicles and Tesla remained focused on its production of electric cars that do not offer a fully autonomous version.

Apple, on the other hand, has kept a low profile, but its “Project Titan” is more advanced than it seemed a few months ago. Its own engineers were betting on a delay of five to seven years for the launch of the Apple Car. It would be shorter. They would thus have made significant progress on the autonomous driving system, and most of the processor which would equip the first models would be completed. This would be developed by the teams that worked on the iPhone and iPad processors, and not in the automotive team. The progress would be such that Apple is already considering full-scale testing.

And the group continues to invest heavily. He is currently recruiting engineers and has just hired the former boss of autonomous driving at Tesla, an engineer from General Motors specializing in sensors, or even battery engineers from Karma Automotive.

Analysts, however, remain skeptical about Apple’s ability to release a fully autonomous model from the factory within four years. According to some, it would rather be a prototype at this time, the marketing phase would not begin until later.

However, even as a prototype, the Apple Car is unleashing passions. And the imaginations. Several research firms have already compiled the options and services that such a vehicle could embark on, models have emerged … By 2025, the literature on the subject still has a bright future.

According to Bloomberg, Apple hesitates between several configurations. One of them would be to arrange the seats in two rows, facing each other, like a limousine. The giant would also make a large place for its own services, it could for example offer a large touch screen, inspired by the iPad, in the middle of the vehicle. Finally, if the goal is to do without the steering wheel and pedals altogether, Apple could integrate an emergency mode, which would let humans take control of the vehicle.

According to a report from IHS Markit, Apple will focus on design, as it has already done in its other flagships. “Analysis of patents and autonomous driving tests in California suggest that Apple may not have a major competitive advantage over the autonomous driving system on the battery front. Which should lead Apple to focus on design and options, ”say analysts at the firm.

This same report indicates that Apple could work with partners such as LG for some of its components, or Magna. The South Korean and the Canadian formed a joint venture last year, LG Magna e-Powertrain, which designs electric motors, converters, on-board chargers and driving systems. The name of Hyundai has also returned.