(Sports News) Kyrgios and Djokovic had an interesting short chat before this year’s Wimbledon final.

Kyrgios and Djokovic had an interesting short chat before this year’s Wimbledon final. The conversation between the two players made fans especially excited. Specifically on his personal Instagram page, Nick Kyrgios posted the status line “DjokerNole Are we friends now?” Responding to the comment line below, the Serbian player happily replied: “If you are going to invite me out for a drink or dinner, I’m always ready. PS: The winner of tomorrow’s match will pay.”

Right after that, “Australia’s bad boy” immediately accepted with Djokovic’s funny bet: “Finish the bet, let’s go to the nightclub and enjoy!”

Legend is afraid of Kyrgios “playing tricks” in the Wimbledon final

In the BBC Sport commentary program, Pam Shriver, a former five-time Grand Slam champion in doubles and Sue Barker, a former Roland Garros champion in women’s singles, both expressed concern for Nick Kyrgios ahead of the game. Wimbledon final against Novak Djokovic (20h, 10/7).

Experts fear Kyrgios has “unlike anyone” actions in the Wimbledon final

According to Pam Shriver, she is afraid that “bad boys” will have ridiculous actions in the most important match of her career: “Kyrgios is representing a country with a tradition of tennis, possessing great players. won Wimbledon. How will he enjoy the final in a special way and how will he behave?”. In response, Sue Barker admitted: “I think Kyrgios himself doesn’t know!”.

Murray is sad to lose his pet

On his personal Instagram, Andy Murray announced that Maggie Mayhem, a dog living with his family since 2008 had just passed away not long ago. Besides the photo taken with Maggie, the former world No. 1 male tennis player shared his confidant line:

“Our family said goodbye to this wonderful little dog today. He’s an important part of our family, our first pet, so this is really heartbreaking. Thank you. Thank you Maggie Mayhem, you are a star”

After half a day of appearing, Murray’s post received more than 100,000 “likes”, fans and many colleagues also sent their condolences to the former world No.

Fury is about to fight with the WWE star?

As revealed by journalist Dave Meltzer (Wrestling Observer Newsletter), the heads of WWE, the largest wrestling organization in the United States, are planning to invite Tyson Fury to attend an event in the future. Even the opponent of the WBC heavyweight boxing champion was also revealed, which is Drew McIntyre, a two-time WWE champion.

Recently, the organizers of Bare Knuckle FC (the famous American bare-knuckle boxing tournament) confirmed that former UFC fighter Paige VanZant will return to the ring on August 20. The opponent of the 28-year-old beauty is Charisa Sigala, who has a record of 1 win – 2 draws – 1 loss at Bare Knuckle FC and 4 wins – 2 losses in MMA. Paige VanZant joined Bare Knuckle FC in August 2020, playing a total of 2 matches (all losing). 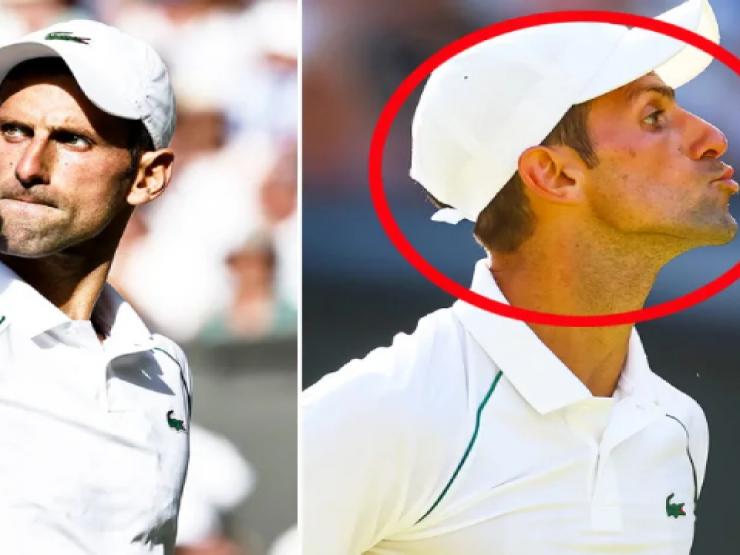 (Sports news, tennis news) Booed by the Wimbledon audience, Djokovic acted to provoke those who were mocking him.