The ONE: Light Out mixed martial arts event that will take place on the evening of March 11 in Singapore organized by ONE Championship is receiving great attention from Vietnamese fans. Because, the focus of this event will be the MMA match for the featherweight world championship (Featherweight, 70 kg) between the defending champion Thanh Le and the famous American boxer Garry Tonon.

Before joining ONE, Garry Tonon was the world’s top BJJ (Brazilian Jiu-Jitsu) fighter with many championships in prestigious BJJ tournaments. Coming to ONE since 2018, the 31-year-old boxer still shows terrifying strength with a series of 6 consecutive wins, including 5 by knockout.

Meanwhile, Thanh Le has a completely opposite school of competition when he is a Taekwondo master with a forte of dangerous kicks. This title fight marks the return of the Vietnamese-American boxer 17 months after winning the championship belt from Martin Nguyen in October 2020. 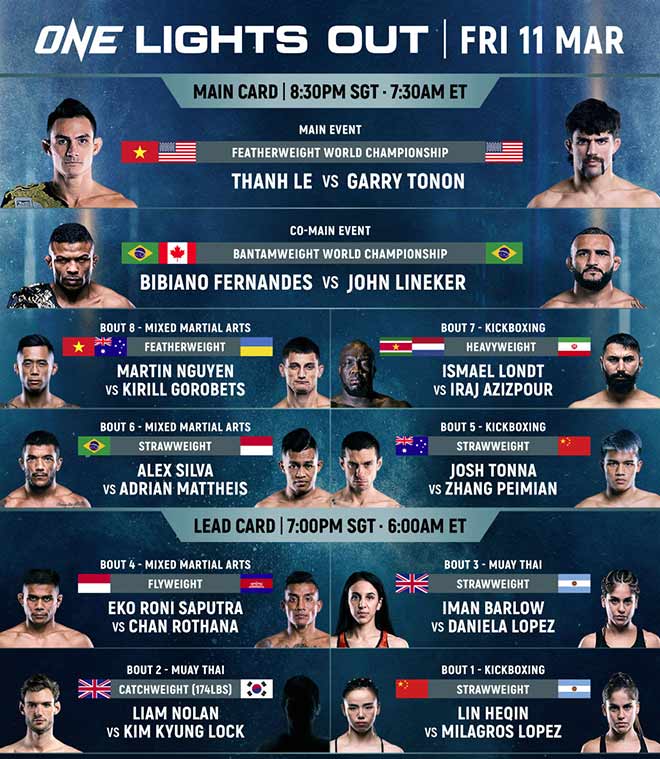 Besides Thanh Le, Martin Nguyen will also fight at this event. The opponent of the former king who used to be between the world featherweight and lightweight championships at the same time will be Kirill Goroberts, a 28-year-old Ukrainian boxer who has an impressive record of 11 wins after 12 fights.

Martin Nguyen has lost two consecutive matches to Thanh Le in 2020 and Kim Jae Woong in September 2021, so the encounter with Kirill Goroberts coming here is an opportunity for him to assert his level.

In addition, the ONE: Light Out event also has another very remarkable matchup, which is the epic match between the chicken (bantamweight, 65 kg) champion Bibiano Fernandes and John Lineker.

After the ONE: Light Out event for a week, martial arts fans will continue to watch the professional boxing championship event taking place on the evening of March 20 at Saigon Sport Club (District 7, Ho Chi Minh City). . The event has a total of 11 pairs, including 9 professional matches. In particular, the highlight of the event will be the WBA Asian Championship title match in the Minimum Weight category between national champion Le Huu Toan and undefeated Thai boxer Kitidech Hirunsuk, a fighter who has a series of 8 matches. All wins in the professional arena, including 5 victories by knockout.

This is the first time that an event for the WBA Asian Championship at Minimum Weight is held in Vietnam. In addition to the match between Bao Toan and Kitidech Hirunsuk, the event also featured many interesting shows between Vietnamese boxers and other high-ranking Thai boxers. 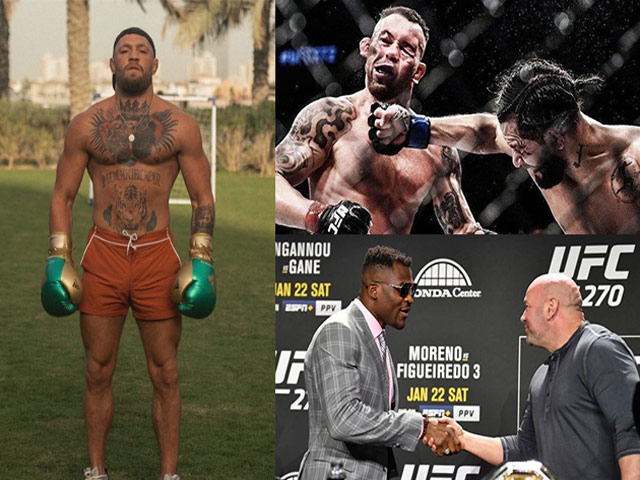 (Sports News – Martial Arts News) “Crazy guy” McGregor is about to return when he shows off his training photos while Colby Covington makes netizens admire.