(Sports news, tennis news) While Djokovic only needed 63 minutes to get through the first round, Medvedev had to ask for a tie-break to defeat his opponent Alexander Bublik.

Novak Djokovic did not face any resistance from Bolivian 139th ATP opponent Hugo Dellien. The Serbian star won 4 break-points and 7 aces to close the game quickly in 63 minutes, with the scores 6-2, 6-2. In the second round, the opponent of “Nole” is German tennis player Jan-Lennard Struff.

The old general Fabio Fognini did not have many difficulties in the confrontation with the host athlete Yuichi Sugita in the first round of the Olympic men’s singles. Fognini won 3 break points in 2 sets and made 10 aces to overcome Sugita with a score of 2-0 after nearly 2 hours of play.

Medvedev got off to a very good start when he cracked Bublik’s game in the first game, although Bublik managed to save 2 break points after being 40-0 down. From this advantage, Medvedev went to a 6-4 victory in the first set, when he created 6 aces.

In the second set, Bublik’s determination was shown when he broke Medvedev’s game in game 2, then led 3-0 after the first 3 games. However, Medvedev demanded a break in the game soon after. The two sides created a tug-of-war and entered the tie-break series. Here, the two players went through 18 serves, and Medvedev also had to rely on the 3rd match-point to finish the match.

In the second round, Medvedev will meet Indian opponent Sumit Nagal, who won after 3 sets in round 1.

Before an opponent 30 places behind him on the ATP rankings, Karatsev did not face many difficulties. He broke the game in 6 set 1 and went on to win 6-2. In the second set, Karatsev continued to dominate and got 2 more break-points. Leading 5-2 before entering the game holding the decisive serve, but Karatsev needed the 5th match-point to finish the match.

In the second round, Karatsev will meet French veteran Jeremy Chardy, who also passed the first round in two sets.

Sixth seed Iga Swiatek beat Germany’s Mona Barthel 6-2 6-2 to reach the next round of women’s singles tennis. The next opponent of the Polish female tennis player will be the winner of the match between Paula Badosa (Spain) and Kristina Mladenovic (France). 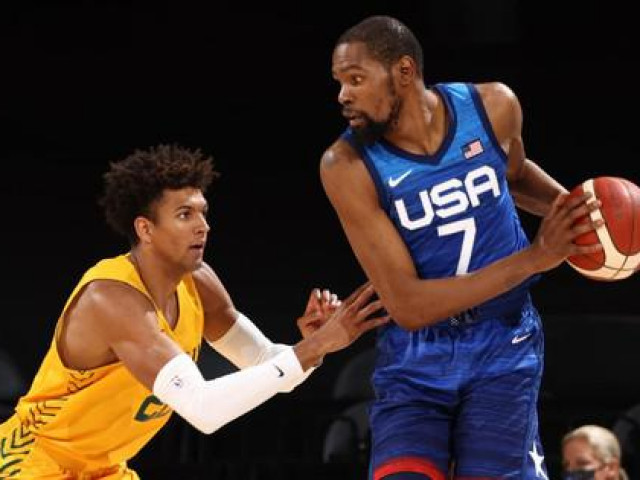 With $75 million earned in the past year, Kevin Durant, the US basketball star, is the richest athlete at the Tokyo Olympics.