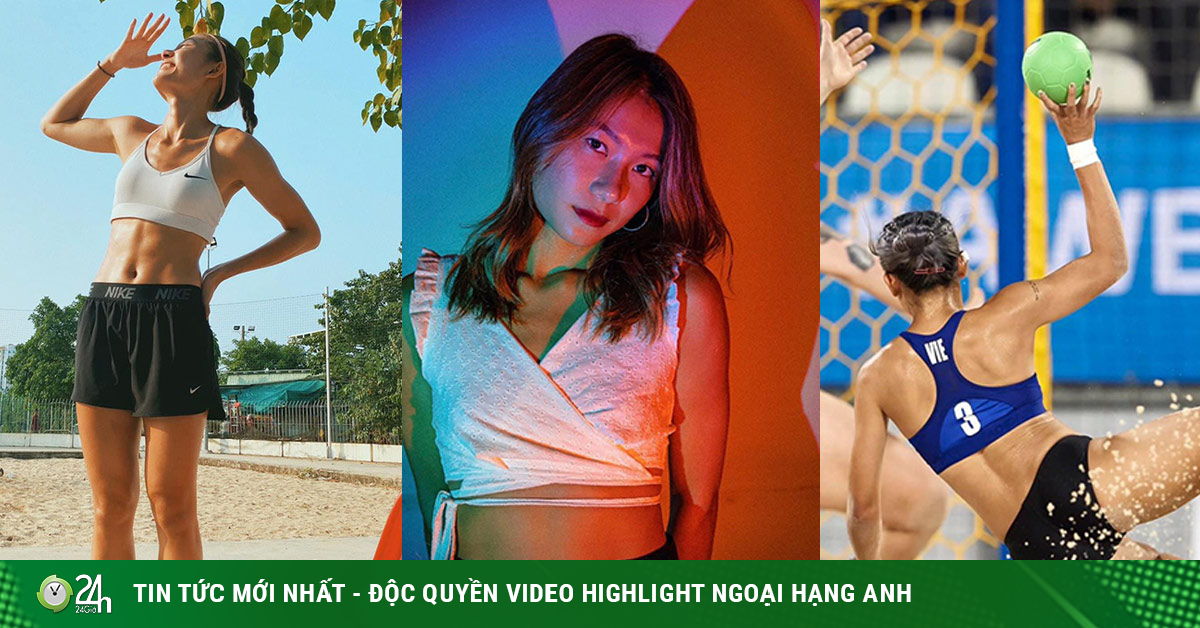 (Sports News) The beautiful Lu Ngoc Trinh was a “whirlwind” that attacked on the border, causing the Thai team to lose, thereby helping the Vietnamese women’s beach handball team win the Asian championship with the ticket. attend the World Cup 2022.

The Vietnamese women’s beach handball team made a resounding victory when they defeated Thailand with a score of 2-0 at the opponent’s home ground in the second leg on the evening of April 30. This result helps Vietnamese girls win the 2022 Asian Championship, thereby winning a ticket to the World Cup in Greece in June. 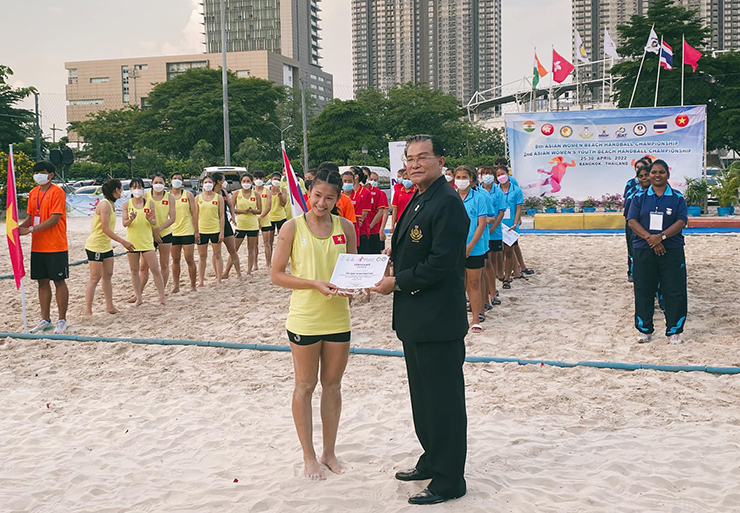 During the award ceremony, female player wearing the number 3 shirt Lu Ngoc Trinh was honored with the title of “the best winger in the tournament”. 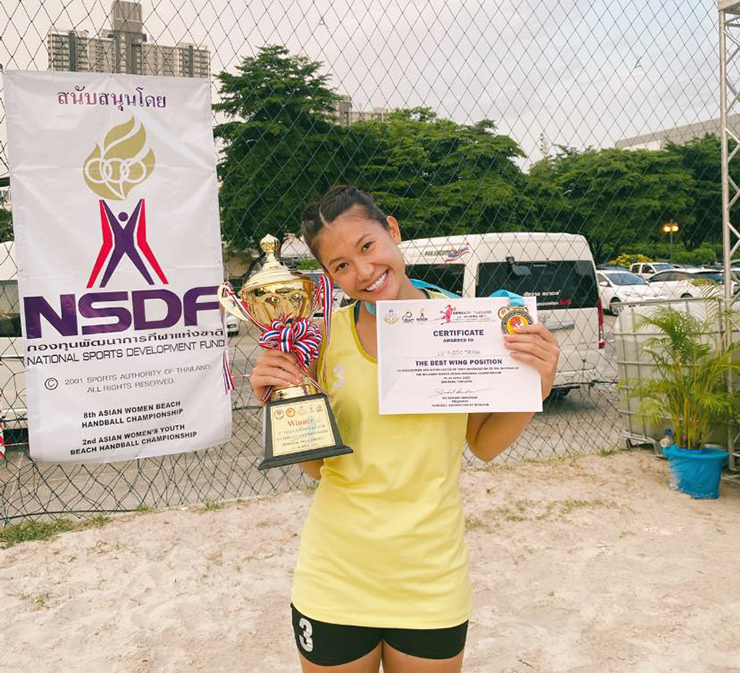 It was Ngoc Trinh’s high-speed situational handling, sharp tactical thinking, and extensive playing experience that helped the VN team have a spectacular upstream performance to become the champion after losing 1- 1. 2 in the first leg. 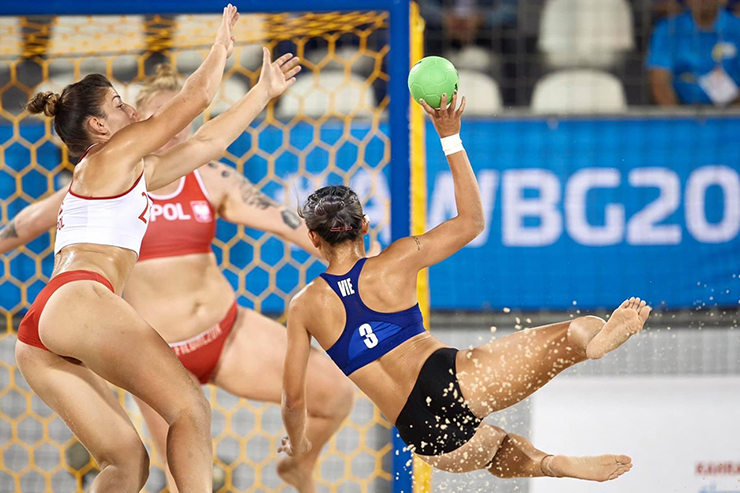 “Ngoc Trinh is one of the important fulcrums of the team. He is at a maturity level both professionally and mentally. Trinh has a very good coordination ability, is the rope that unites teammates. She promises to continue to be an important pillar in the world tournament,” said head coach of the VN women’s beach handball team Huynh Minh Ngon. 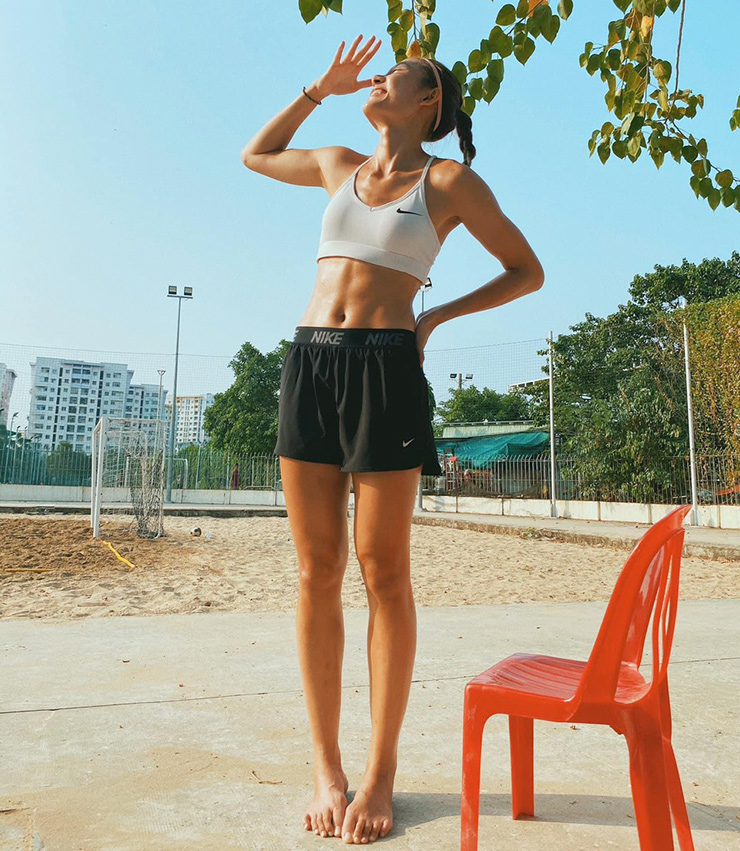 This year 26 years old, the 1m68 tall female athlete has had 14 years of playing handball. Trinh even played professionally from a very young age. 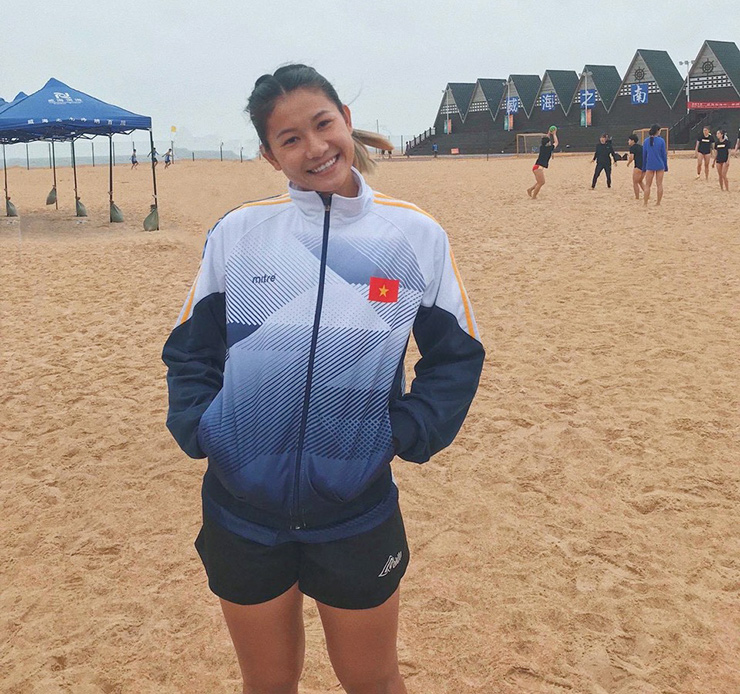 “I started to get acquainted and play handball from middle school year. After playing for more than a year, I went to the district team, then to the HCM City team and started playing for the national team in 2013″, Ngoc Trinh said. 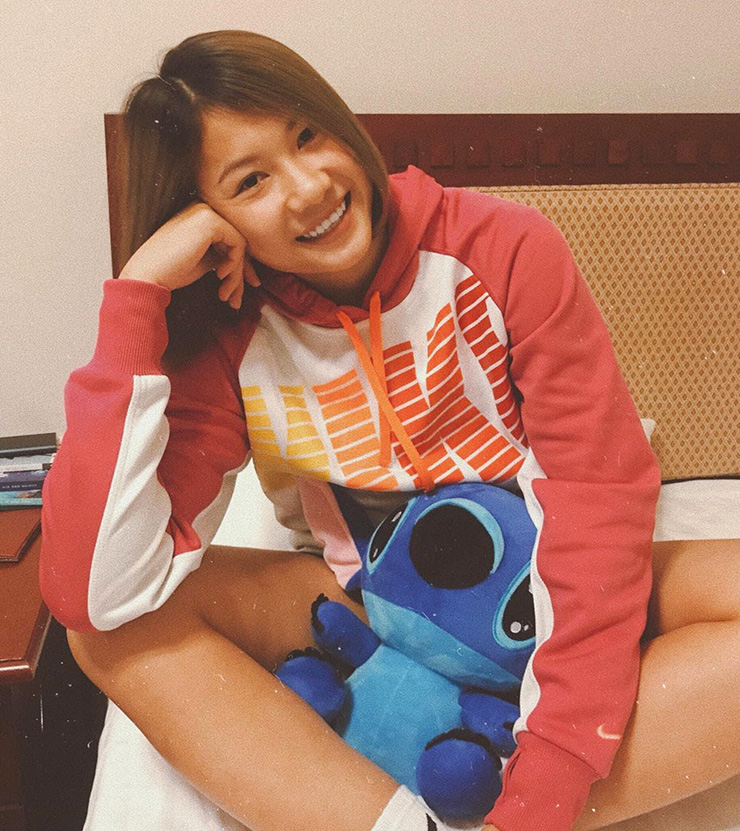 As a girl who loves sports and exercise, Ngoc Trinh revealed that she has been exposed to many other subjects, but for some reason, only handball attracts her: “Since coming to handball, I have completely abandoned all sports. other subjects. Maybe it’s my destiny.” 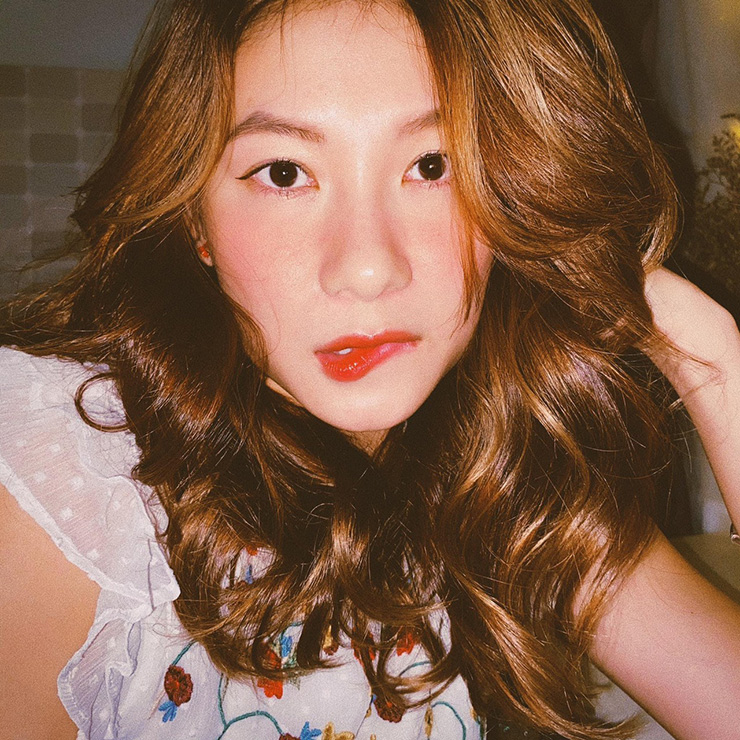 Nearly 10 years of “eating rice”, the female athlete from Ho Chi Minh City has had a respectable collection of titles, such as the 2015 Southeast Asian gold medal in indoor handball, the silver medal at the Asian Beach Handball Championship. 2018, 2019 and the latest is the 2022 Asian gold medal. 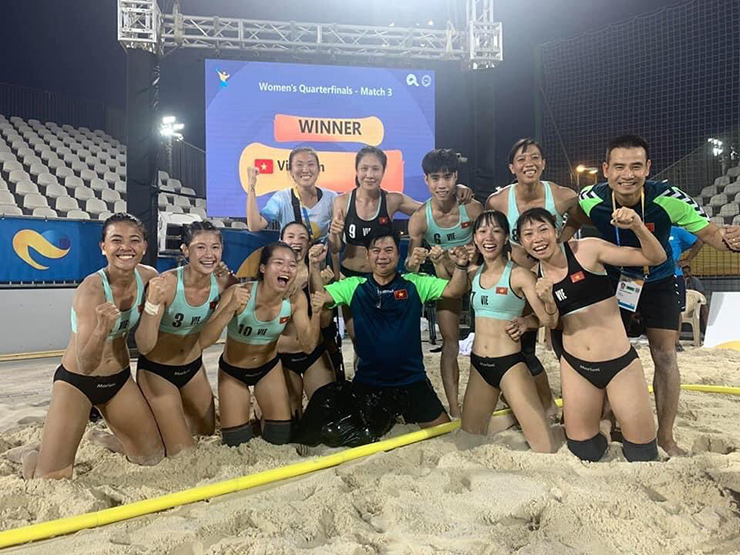 In particular, Ngoc Trinh is the core of the Vietnamese women’s beach handball team, creating a feat of reaching the top 9 in the world 2018 in Russia, the top 4 in the world in 2019 in Qatar and coming here to attend the World Cup in Greece. in June 2022. 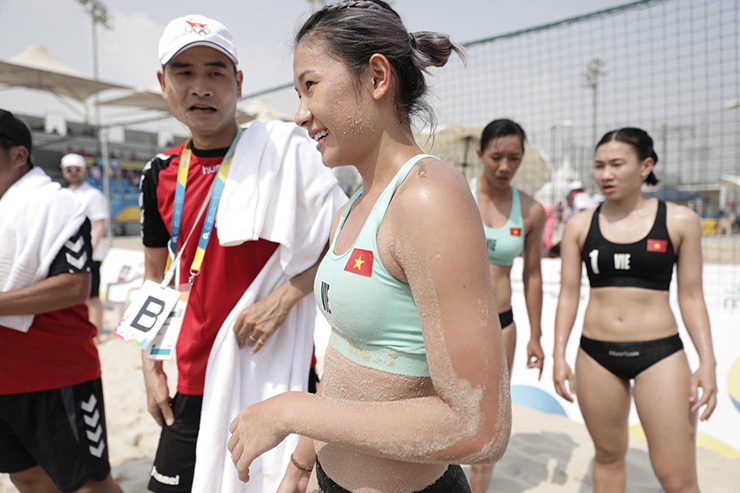 “We haven’t had an international tournament for almost two years, so there will be reservations about teams in other countries at the World Cup. However, I personally hope and are determined to preserve the achievement of being in the top 4 in the world, “said Ngoc Trinh. 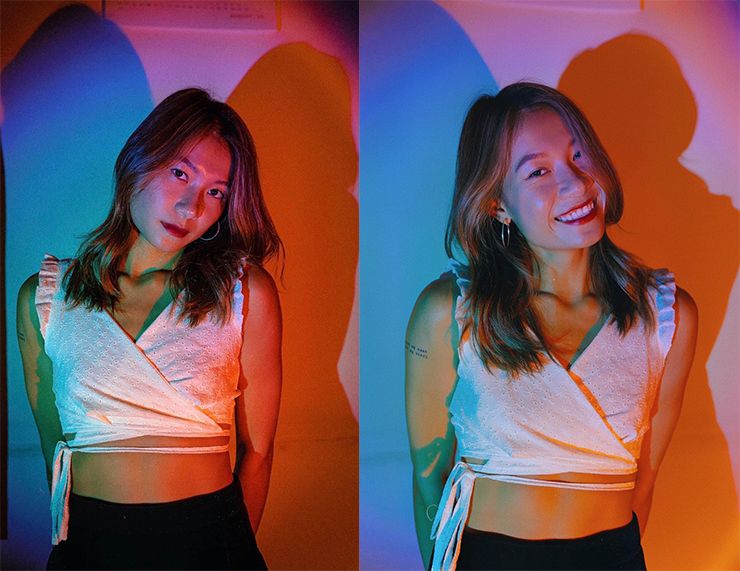 Returning after the victory of the 2022 Asian Championship, the female athlete born in 1996 only had a few days to rest before returning to practice to prepare for the World Cup. She and her teammates practice regularly 1 session / day, 6 days / week. 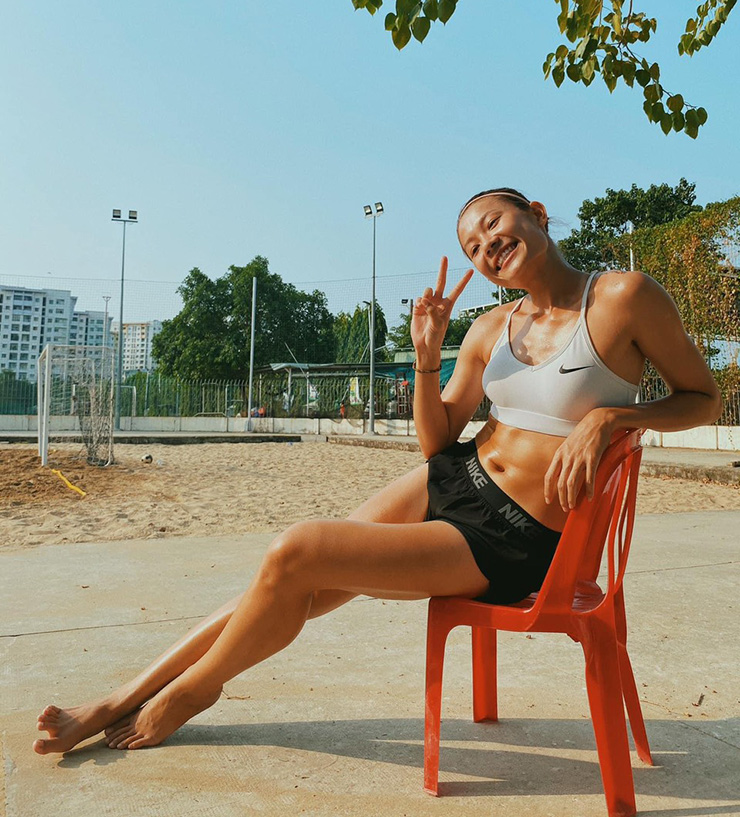 “As a girl who always soaks in the sun, she easily gets black, so in the past we were quite embarrassed when our chosen sport received little attention. Recently, thanks to our outstanding achievements, we have been known more by the media and by many people, so we also feel somewhat comforted”, Ngoc Trinh confided. However, the beautiful female athlete said she was still quite sad when she and her teammates could not attend the 31st SEA Games at home because not enough countries registered to compete in accordance with the regulations. 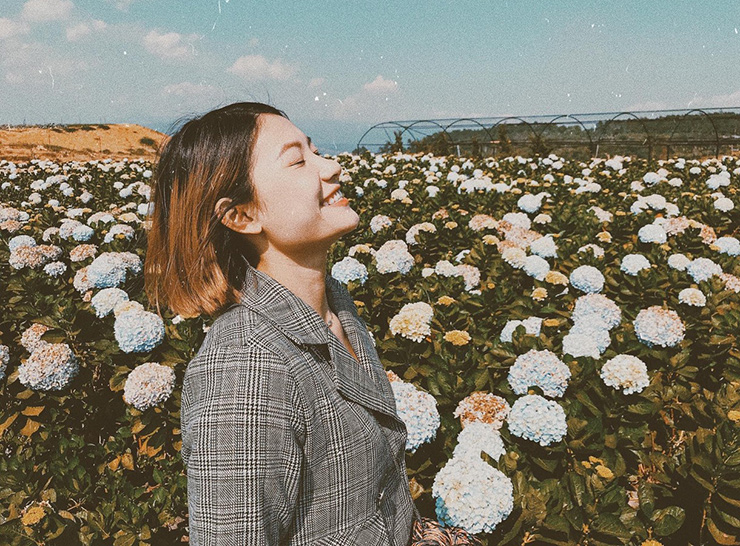 “We spent a lot of effort preparing for nearly 2 years, but the women’s beach handball event was canceled at the last minute because of a lack of participating teams. We were all very disappointed when we heard this news, but we had to accept it, but we didn’t know what to do.” Commenting on the level of handball between Vietnam and Thailand, Ngoc Trinh said: “Thailand’s strength is its youth and durability. They always have a new litter each year because handball thrives in school sports. Currently, we beat them thanks to an experienced class of athletes, but if Vietnamese handball receives little attention, it is difficult to find new youth, we will lose to them in the future.” 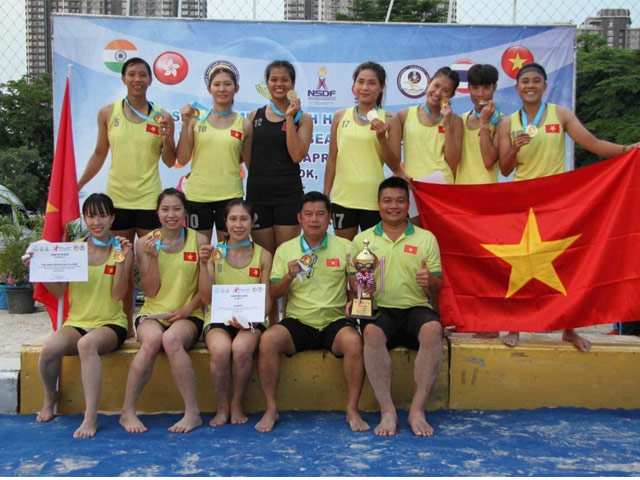 (Sports news) Despite having a pretty big disadvantage when losing in the first leg, the Vietnamese women’s beach handball team spectacularly won an impressive victory over Thailand in the second leg to…