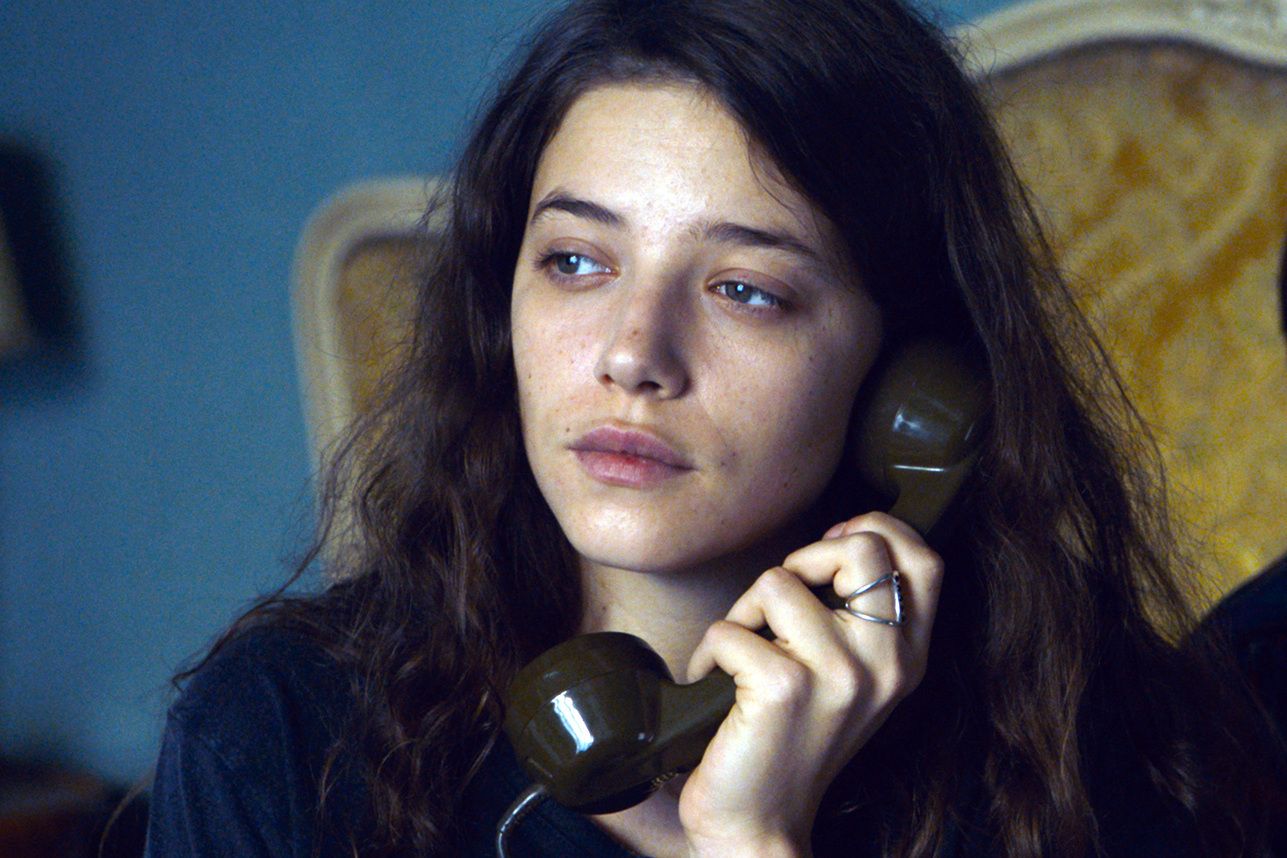 From Algerians to France, the cinema shows mainly economic immigrants. Selma, 17, who lives in Neuilly with her parents does not belong to this environment. In this year 1993, his father and his mother follow with dismay through the television news the civil war which is tearing their country apart, without agreeing on the attitude to adopt. Selma is divided between the family microcosm which applies to recreate at home a little corner of Kabylia and the business school that she has just joined after her baccalaureate.

Her parents expect Selma to be a wise young girl, while presenting her with “good matches”. As part of her studies, she feels obliged to give her the image of a young woman at ease with sexuality, whether during a sexist and humiliating hazing or with Julien, her little one. friend, to whom she was ignorant of her inexperience. But who cares what she aspires to?

Zoe Adjani of all plans

Far from the implicitly supported title and the heavily evocative credits, Honey cigar reveals a sensitive initiatory story. Of all plans, Zoe Adjani carries the film on her delicate shoulders, subtly embodying all the facets of Selma, preoccupied with presenting the best face to those around her, who formulate opposite expectations towards her. Over the months of a year of moulting, she will discover the ways of her own desire, especially with Arabic erotic literature as in the beautiful A story of love and desire by Leyla Bouzid, released at the end of August. Little by little, Selma revolts against the contradictory diktats which enjoin her to be what she is not.

Even if this story is set in 1993, this awareness of the right to dispose of one’s body holds true for adolescent girls today. Selma’s trajectory is parallel to the emancipation of her mother, fascinating in its radicality. It is Amira Casar who embodies it. At first exasperating Algerian bourgeois confit in an obsession with appearances, desesperate housewife who revisits with bitterness her “sacrifices” for her family, she chooses a courageous commitment for her fellow citizens. Antagonists, mother and daughter will make a path towards each other by returning to the source, in the Kabyle village where Selma’s grandmother continues to live despite the years of lead that the country is going through.