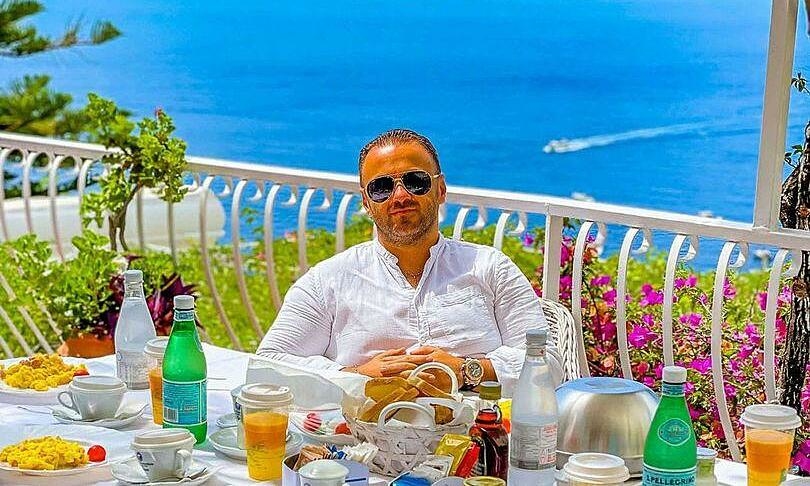 When he first came to the US, Nick Mocuta had to sleep in the park, eat a burger for only one dollar, gradually the Romanian guy came to life thanks to e-commerce.

At the age of 21, Nick graduated in business. Instead of choosing a job in his hometown, the boy raised the “American dream” with the $500 his grandmother gave him.

As soon as he arrived in Los Angeles, he was in shock. “The first taxi that took me to the city cost me $100. It was a culture shock that I will never forget,” said the 37-year-old now.

Not speaking much English and unable to find an apartment with little money, Nick slept on a park bench for weeks. He only dared to spend a dollar on a burger each meal and told the staff “no cheese” to avoid being charged extra.

Later, Nick gets a job as a valet in the parking lot, thereby earning a deposit to rent an apartment.

As his English improved, he sought to apply for a real estate agent’s license. Nick has had a lot of success but has also tasted failure in this area. In 2013, the guy decided to sell mobile phones and phone cases imported from China on eBay. For the first six months, he made a profit of $3,000 to $4,000 per month. Seeing the future in the e-commerce industry, he switched completely to this field.

“I grew up in a family where my father was an accountant and my mother was a teacher, so I only studied during my childhood. After graduating, I came to the US with a burning desire to experience more and become better.” Nick said.

Nick’s secret to success is not afraid to lose, not to give up. “I failed 7 times and got up 8 times,” he added.

Now, Nick is a US citizen, has many online stores on Amazon and Walmart sites. This self-made millionaire revealed that he has earned 40 million USD from e-commerce so far. He used this money to invest in more than 100 apartments in the US and Romania, as well as own 4 luxury cars.

Nick’s grandmother passed away before the grandchild could pay tribute, but Nick bought his parents and brother an apartment each, among other gifts. This businessman said he loves e-commerce work, because he has the opportunity to work anywhere, just a laptop with an internet connection.

Currently, Nick also established a community of advisors to help others trade on the trading floor. “For me, there’s nothing better than helping people become financially free early, so they can spend more time with their families,” he said.